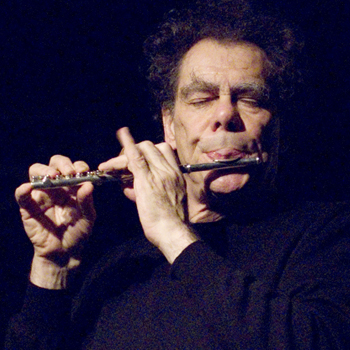 Dick, known for his interpretations of rock classics by Jimi Hendrix as well as his own chamber, classical and modern compositions, will perform at 8 p.m. April 9 in Hinton Hall inside MTSU’s Wright Music Building.

His master class is set that same morning in Hinton Hall beginning at 11:30 a.m. You can find a printable campus map at http://tinyurl.com/MTSUParking14-15.

Dick has released more than 20 CDs of original solo and chamber works and collaborations with fellow creative musicians, including one release that features music by G.P. Telemann and Hendrix.

Over the last 25 years, he’s also contributed to the evolution of the flute with his invention, the Glissando Headjoint. The device allows the player to telescope his flute to create sounds similar to what the “whammy bar” does for the electric guitar.

Dick’s April 9 concert will feature a wide range of styles, including Telemann’s “Fantasy in A Minor” and Hendrix’s “Pali Gap,” along with three pieces based on American popular music and his own “Sliding Life Blues.” The latter showcases the use of his invention, too.

The recipient of bachelor’s and master’s degrees in music from Yale University, Dick is the 2014 recipient of the National Flute Association’s Lifetime Achievement Award as well as a Guggenheim Fellowship and two composer’s fellowships from the National Endowment for the Arts.

He teaches flute and coaches improvisation and chamber music at New York University and the City University of New York Graduate Center and maintains an active private teaching studio, which includes working with flutists around the world via Skype.

You can watch a video below of Dick’s performance of “Green House,” his own composition, during a 1993 concert of Jimi Hendrix-inspired music with the Soldier String Quartet.

He and the Soldier String Quartet also perform Hendrix’s “Voodoo Chile” below.