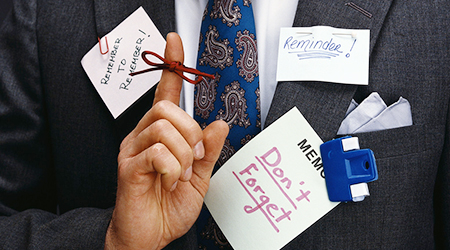 Science fiction author William Gibson once said that “time moves in one direction, memory in another.”

Gibson may write science fiction, but his words are grounded in scientific fact. That’s why an MTSU professor is offering people a chance to find out where they stand.

“Based on the results of this little screener, we can determine whether or not there is any cause of concern for something that might be affecting memory and cognitive functioning in these individuals,” Foster said.

In a visit lasting about 30 to 45 minutes, the screener administers a series of memory and cognitive tests to the client. For example, the screener might recite some numbers or words and ask the client to recite them.

The tests measure attention and the client’s speed in processing information, among other qualities. Foster, who selected the tests, interprets the results.

There are no X-rays nor physical examination involved in the free screenings, which are available by appointment during the clinic’s business hours of 8 a.m. to 5 p.m.

The process and the results are kept strictly confidential.

The MTSU students who administer the tests do so as part of their required 300 hours of practicum experience.

“For the students who are interested in doing neuropsychology-related work later on, this represents an opportunity for them to get their feet wet,” said Foster.

Foster said the initial memory problems that come with Alzheimer’s disease, for example, are subtle.

“The pathology of Alzheimer’s disease affects the hippocampus, which is responsible for forming new memories,” said Foster. “As the disease progresses, it starts affecting more and more of the brain, including the frontal lobes, which are involved in planning and decision-making.”

Parkinson’s disease affects the brain somewhat differently, he said, noting that it hampers the connections that the frontal lobes have with the rest of the brain.

A less frequently occurring brain problem is Lewy body dementia, which is characterized by memory impairment, hallucinations and fluctuations in patients’ alertness and reactions.

“You may be talking with them and they’re fine and very clear, but then, an hour later or the next day, they’re looking ‘through’ you and not at you when you’re talking to them,” Foster explained.

The professor said he’s seeing more patients who suffer from vascular dementia, which is caused by “mini-strokes,” or transient ischemic attacks.

Risk factors for both vascular dementia and mini-strokes include high blood pressure, high cholesterol and diabetes. That’s why Foster urges people to become and stay mentally and physically active in their retirement years.

The professor said mnemonic devices also are helpful in keeping your memory sharp. These are learning techniques such as associating what you want to commit to memory to other things.

For example, “if it’s a grocery list you want to remember, you create a story around the list,” said Foster.

In the meantime, learning more about the state of your memory and cognitive skills is a positive step. Your current ability to remember the past can bode well for a healthy and happy future, Foster said.

For more information about the free memory screenings at Murfreesboro Medical Clinic, located at 1272 Garrison Drive between West College Street and Gateway Boulevard, contact Foster at paul.foster@mtsu.edu, or call the clinic at 615-867-8090 or 800-842-6692.