‘MTSU On the Record’ goes wild..

Trade report: Tenn. exports inch up after ‘another...

Trade report: Tenn. exports inch up after ‘another tough slog’ in first quarter 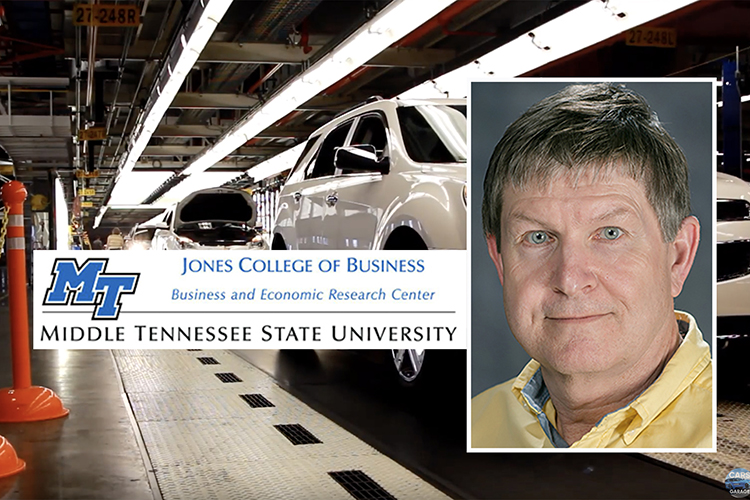 Tennessee exporters “eked out” a small increase during a challenging first quarter, according to the latest “Global Commerce” trade report from MTSU’s Business and Economic Research Center.

Despite increases in the foreign shipments of medical-related goods and chemicals, the state only “eked out” a $6 million increase in quarterly exports, said Global Commerce author Steven Livingston, BERC associate director and a professor of political science and international relations at MTSU.

“The first quarter of 2019 was another tough slog for Tennessee exporters,” Livingston noted. “Since total state exports were at almost $8 billion, this was less than a 1 percent gain.”

That ranked the state 23rd nationally in its performance for the quarter.

Tennessee ran into declining car sales in both Canada and the U.S., producing substantial losses in its automotive-related trade, as well as the growing effects of the global trade war.

“Absent a change in one of these headwinds, it appears it will be a difficult environment ahead for many state exporters,” Livingston said.

To read the full report and more details summaries, go to https://mtsu.edu/globalcommerce/1Q2019/1q2019.php.

This chart shows the largest Tennessee export markets in the first quarter of 2019 (green) compared to the first of quarter of 2018 (orange). (Courtesy of the MTSU Business and Economic Research Center)