Making Your Voice Heard from C.. 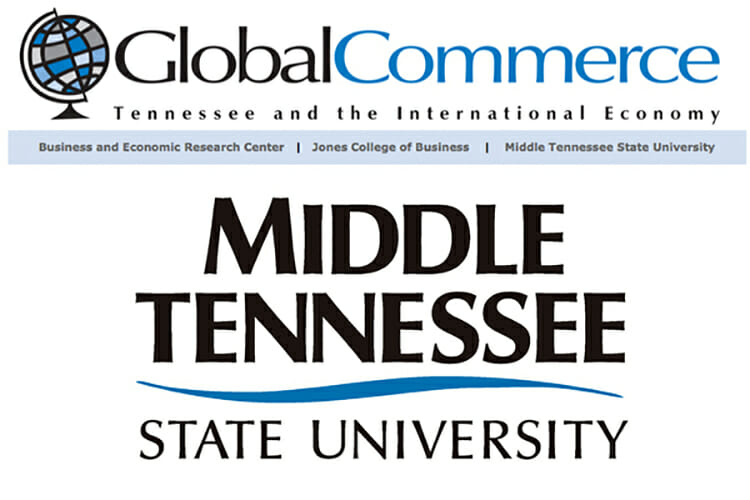 Tennessee’s exporters had a difficult first quarter, according to the latest “Global Commerce” report from MTSU’s Business and Economic Research Center.

Exports were down 2.2 percent from a year ago (from $8.13 billion to $7.95 billion), ranking Tennessee a lowly 48th among all the states in its export performance. Nationally, exports were up 8 percent year over year.

“The biggest problem was a steep fall in computer exports to Canada,” said Steven Livingston, BERC associate director and a professor of political science and international relations at MTSU.

“We expect this decline to persist over the next several quarters,” he said. “Two other large sectors — the medical equipment and automotive industries — also saw very mediocre growth.”

Livingston noted that the state’s best markets for the first quarter were in Asia — exports to China actually gained $100 million — as well as Central and South American markets.

To read the full report, go to http://capone.mtsu.edu/berc/globalcommerce.html and click on the link for “Quarterly Trade Report – 1st Quarter 2018.”