In the News: Social distancing..

An adult learner who came back to MTSU to finish his bachelor’s degree after almost two decades is climbing the ladder at one of the largest airline companies in the world — while also nearing completion of his master’s.

Now in aviation management at Delta Air Lines in Atlanta, Chad Goddard knew he wanted to work in aviation from a young age. He was driven, too, securing a job as a pilot while still attending classes for his senior year at MTSU.

Getting that pilot’s job before graduation kept him too busy to finish his last semester and get his degree. Unfortunately, as he’d find out later, that degree was required if he wanted to continue moving up the ranks in aviation. 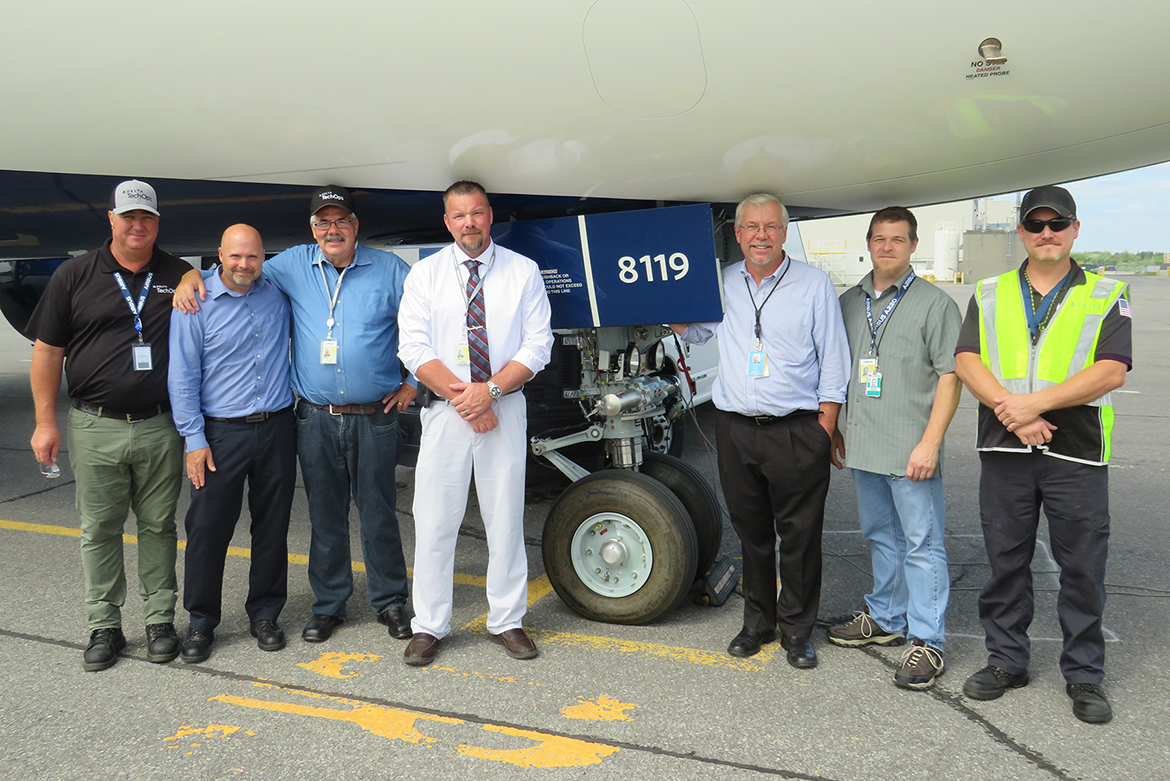 MTSU alumnus Chad Goddard, fourth from left, poses with co-workers next to a Delta Air Lines aircraft in Atlanta. Goddard, Delta’s senior program manager for cabin maintenance, returned to MTSU after two decades to complete his bachelor’s degree in liberal studies in Spring 2019 and is currently working on his master’s in strategic leadership through MTSU Online. (Submitted photo)

“I was told that I was the right person for all kinds of jobs, but I would never make it to the table because I didn’t have my degree,” said Goddard, a Dickson County native.

Goddard, now 49, changed career paths several years ago, moving over to aircraft maintenance. He knew he was qualified for higher-ranking positions, but since many hiring processes begin online, his application was never even getting through to recruiters because he could not check the degree box.

He had seen commercials and ads for online programs, but he decided to check back with MTSU about finishing his degree once and for all. Thankfully, he was able to use most of his credits from the first time he had attended MTSU as well as credits he had earned while in the military, putting him on track to graduate after just one semester.

It was during one of the last courses of his undergraduate studies where his life would really change. Goddard and his classmates were assigned to find a posting for a job they wanted. Not only did he find a job posting with Delta Air Lines in Atlanta, Goddard actually applied for the job — and this time, he got it.

After graduating with his bachelor’s degree in liberal studies in Spring 2019, he moved his family down to Atlanta and began working at the level he’d always known he could.

“I felt validated,” Goddard said. “It was nice to see it all pay off so quickly.”

Soon, he advanced from that position and found himself competing with people who had their master’s degrees. Goddard’s eagerness and some advice from MTSU’s Master of Professional Studies director Pamela Morris led him to enroll in the MPS program with a concentration in Strategic Leadership.

Beyond learning strategies and skills that help him in the workplace, Goddard says he’s even applying his newfound knowledge at home.

“The other day my wife came to me with a question about Excel,” he said. “I was actually able to fix the problem and that would have never happened before these courses. Now I can actually do more than just read a complicated spreadsheet; I can make them.” 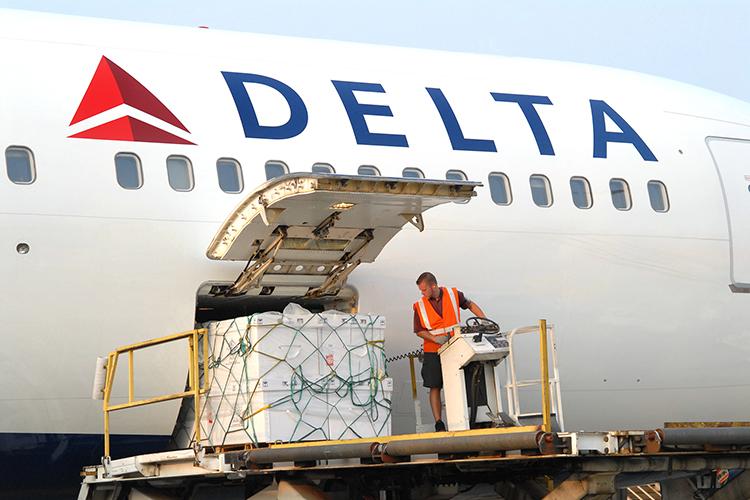 Goddard appreciated when classes would use real-world case studies to drive home procedures they were learning about. He enjoyed the back-and-forth with his classmates about what they would have done differently had they been in a certain situation.

“Many of my professors will remember me for that because I liked stirring the pot,” he said. “I really think critical thinking is necessary to do well in these courses and really take something away and to the workplace.”

Goddard is now Delta’s senior program manager for cabin maintenance. He was critical in Delta’s recent shift to changing over some passenger planes to cargo-only planes during the COVID-19 pandemic. This shift allowed Delta to transport much needed medical supplies across the country.

“That was pretty cool to be a part of,” Goddard said.

With only two courses to go until he completes his master’s degree, only time will tell what else he’ll be a part of as his aviation career reaches new heights.

To learn how to finish your degree and advance your career visit MTSU.edu/FinishNow.