Golden Raiders — the classes of 1969 and older — and Distinguished Alumni will be celebrated Friday, Oct. 25, during MTSU‘s 2019 homecoming festivities.

The Class of ’69 Golden Raiders Reunion and Induction Ceremony will begin at 10 a.m. Friday in the MT Center in the Sam H. Ingram Building, 2269 Middle Tennessee Blvd. The event location is the former site of the North Boulevard Church of Christ. 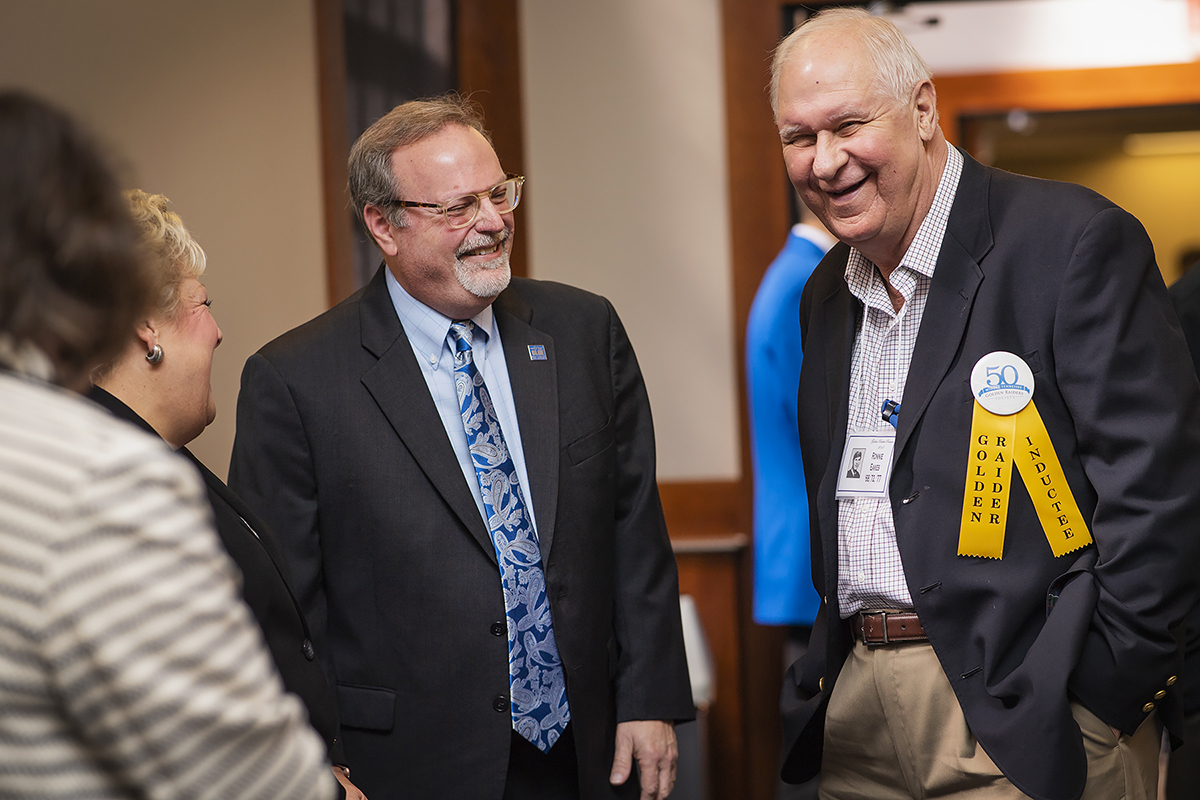 The event and induction ceremony celebrate MTSU alumni who graduated 50 years ago or more.

The induction is set during the reunion held at homecoming each year, said Rhonda King, an assistant director for MTSU’s Office of Alumni Relations.

Events for Golden Raiders include a bus tour featuring buildings that house their former classrooms as well as newly constructed facilities around campus. They’re served lunch, and the induction ceremony follows.

King said it’s not only “a trip down memory lane but an opportunity to reconnect with the university.”

At 4 p.m., the 2019-20 Distinguished Alumni award recipients will be recognized.

This year’s Distinguished Alumni recipient is Jeremy Cowart of Franklin, Tennessee,  an internationally acclaimed photographer and an entrepreneur.

The Young Alumni Achievement Award, given to a graduate age 35 or younger making a positive impact in the world, will be presented to Dr. Aaron Shew, a Murfreesboro native now working at Arkansas State University in Jonesboro. He’s spent more than a decade working in international development and agribusiness.

• Achievement in Education (MTSU faculty) — Dr. Carroll Van West of Murfreesboro, who serves as director of the MTSU Center for Historic Preservation and the Tennessee State Historian since 2013 as well as a professor of public history and author.

• Achievement in Education (non-MTSU) — Dr. G. Edward Hughes of Union, Kentucky, who retired in 2015 after 42 years as a higher education teacher and administrator in Tennessee, Illinois, Arkansas, New York and Kentucky.

• Service to Community — Meagan Flippin of Murfreesboro, the president and CEO of the United Way of Rutherford and Cannon Counties since 2013 and president of Rutherford CABLE.

You can learn more about each of the honorees and their accomplishments here.

Homecoming events are scheduled to continue all day Saturday, Oct. 26, leading up to the 2:30 p.m. kickoff for the Blue Raiders-Florida International University homecoming game.