'MTSU On the Record’ welcomes ..

A trailblazing former state lawmaker with a passion for education is bringing her vast political experience and academic background to Middle Tennessee State University as a Distinguished Visiting Professor in political science.

Former state Rep. Beth Harwell, the state’s first female speaker of the House of Representatives, was formally introduced in her new academic role Tuesday, Sept. 24, by MTSU President Sidney A. McPhee during a campus news conference attended by local and state lawmakers and university leaders. 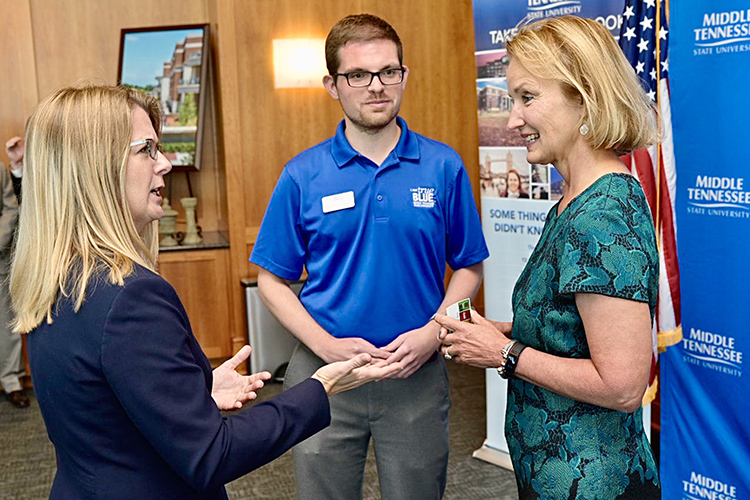 “While at MTSU, Dr. Harwell will be available to work with our faculty in a variety of ways, from serving as a guest lecturer or panel participant to organizing academic events that will allow her to share her experience and expertise with our students,” said McPhee, who noted the significance of Harwell’s appointment by mentioning a former distinguished visiting professor’s recent visit: former Vice President Al Gore, who returned to campus Sept. 17 for a public forum.

“She’s exceeded the high standards we have for such an appointment,” McPhee said of Harwell. “She has served as a public servant with honor, integrity, and distinction.”

Harwell, who holds a doctorate in social science education, will be a part of the College of Liberal Arts faculty in the Department of Political Science and International Relations. She will also contribute to other MTSU programs, such as:

• Working with the MTSU chapter of the American Democracy Project and the Free Speech Center to help extend and refine dialogue and discourse in politics.

• Mentoring student interns in the university’s longstanding College of Liberal Arts programs who will travel to Nashville for the Tennessee General Assembly’s upcoming session.

• Mentoring MTSU’s delegation to the Tennessee Intercollegiate State Legislature and working with and coaching students who will travel to Nashville for a mock legislative session.

• Working closely with the School of Journalism and Strategic Media’s class focusing on covering the state legislature. 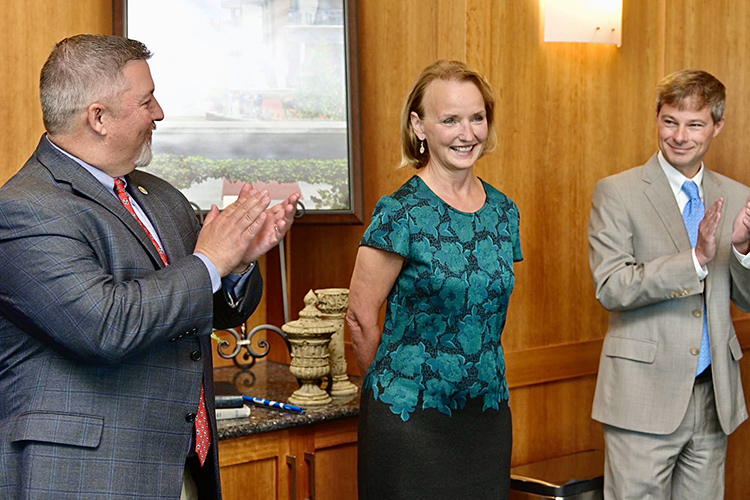 “This is certainly a good day for me,” Harwell said. “I want to tell you from the bottom of my heart that I care deeply about education, I care deeply about preparing the next generation to be servants and to lead and to develop public policy for us going forward as a nation and as a state.”

Harwell said she’s watched MTSU grow over the years to become not only a “leading university in the state” but also earn national recognition in multiple areas, like its selection this summer as one of the nation’s top universities by the Princeton Review.

“You are now a leader in the nation as a top university,” said Harwell, adding that she looks forward to meeting with MTSU faculty to determine how she can best help the campus community. “I care, I want to be involved in True Blue, and I’m honored.”

Harwell served as the Republican representative of Tennessee’s 56th District in Metro Nashville Davidson County from 1988 to January 2019 and was elected speaker in 2011, serving in that role until she left the legislature.

A Pennsylvania native, Harwell earned her Bachelor of Arts degree from David Lipscomb University, a master’s from Peabody College and her Ph.D. from Vanderbilt University in 1982. While earning her doctorate, she worked as a research analyst for the Tennessee Board of Regents until 1983 and later became a trainer at the University of Tennessee Center for Labor Management. She subsequently accepted a tenure-track position as a professor of political science at Belmont University. 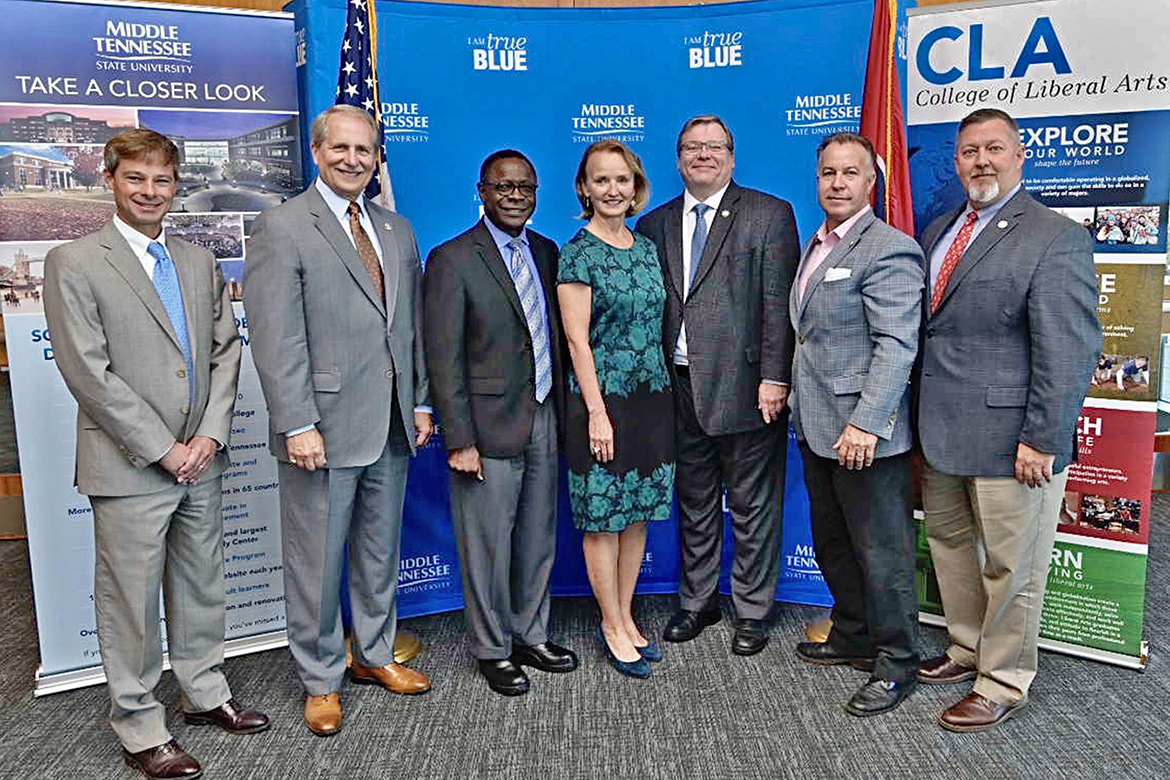 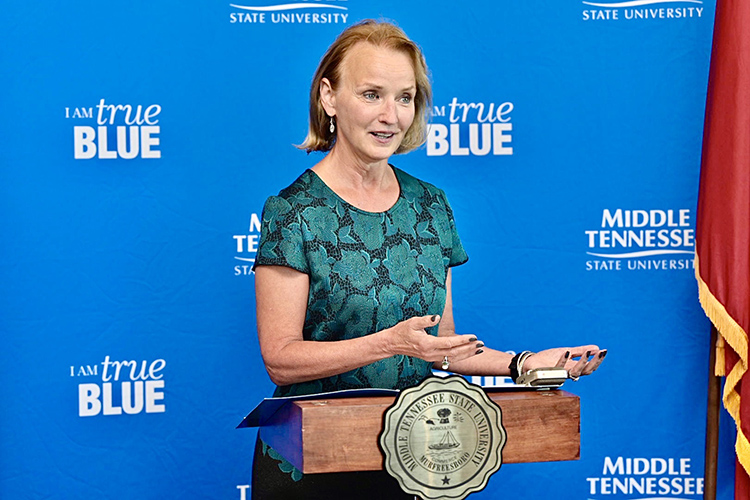 Former Tennessee House Speaker Beth Harwell speaks Tuesday, Sept. 24, inside the MTSU Student Union after she was introduced as a Distinguished Visiting Professor in political science at the university. (MTSU photo by Andy Heidt)