Doug Williams of Smyrna, Tennessee, will achieve yet another personal milestone when he graduates Saturday, Dec. 14, from Middle Tennessee State University with his master’s in human resources.

Williams, 45, who earned a bachelor’s degree from MTSU in 2017, joined nearly 25 other classmates for the Charlie and Hazel Daniels Veterans and Military Family Center’s 15th Graduating Veterans Stole Ceremony Wednesday, Dec. 4, at the Miller Education Center on Bell Street. 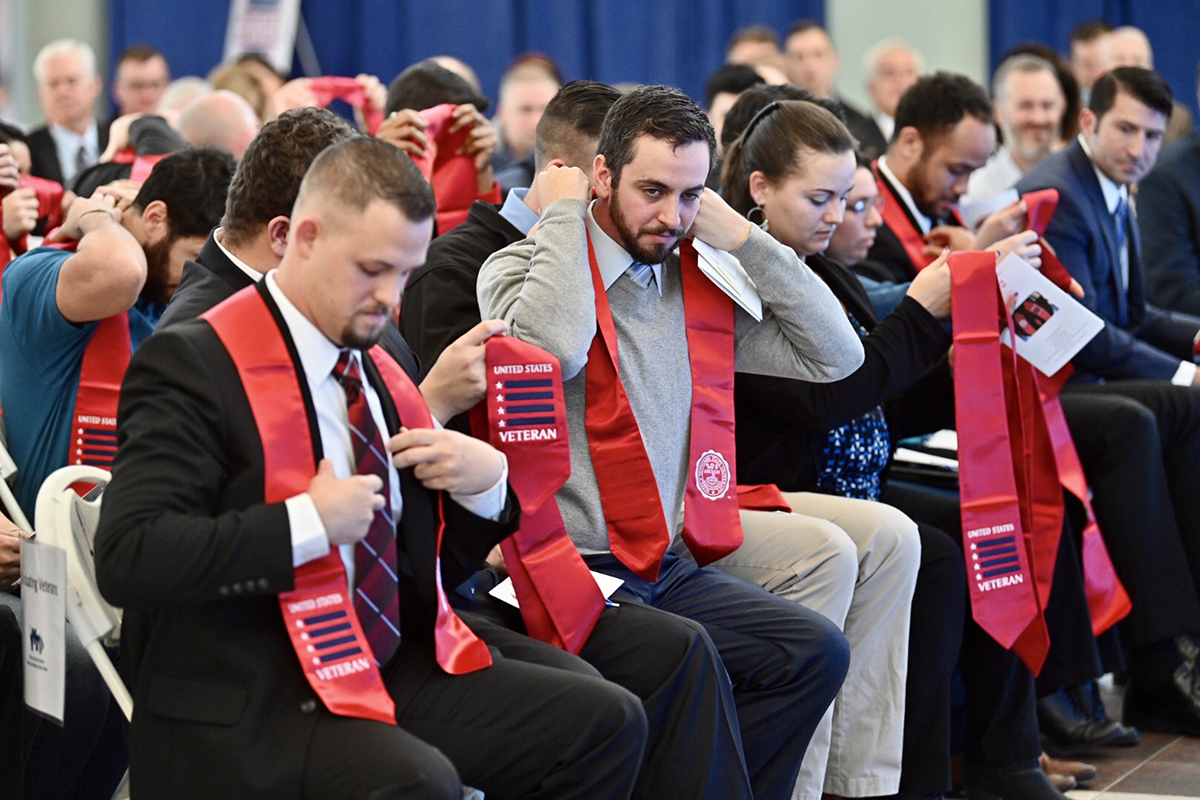 MTSU seniors adjusted the red stoles they had just received before the 15th Graduating Veterans Stole Ceremony at the Miller Education Center Wednesday, Dec. 4. They can wear the stoles during commencement ceremonies Saturday, Dec. 14, in Murphy Center. (MTSU photo by J. Intintoli)

Hosted by the Charlie and Hazel Daniels Veterans and Military Family Center, the ceremony features the presentation of special red stoles to attending graduating veterans that can be worn during upcoming commencement ceremonies in Murphy Center. They are among a class of 86 student veterans and senior ROTC cadets who will be graduating.

“This is an awesome event they put on for veterans,” said Williams, a section manager in quality assurance for Nissan North America in Smyrna. “I’ve been in the Charlie Daniels Center. It’s relaxing. It’s where you can escape from the hustle and bustle.”

Regarding his undergraduate and graduate experience, Williams said “MTSU is very family-oriented. All of the professors want you to succeed and will help you. Dr. (Sidney) McPhee (university president) and other people find a way to get it done. I’m fully vested in MTSU.”

Williams was a military policeman in the U.S. Army. He served from 1994-2004, eventually transitioning from active duty to the reserves. He is a husband (married to wife Taronda Williams) and father (daughter Alexandria Williams, 19, is a Motlow State student). 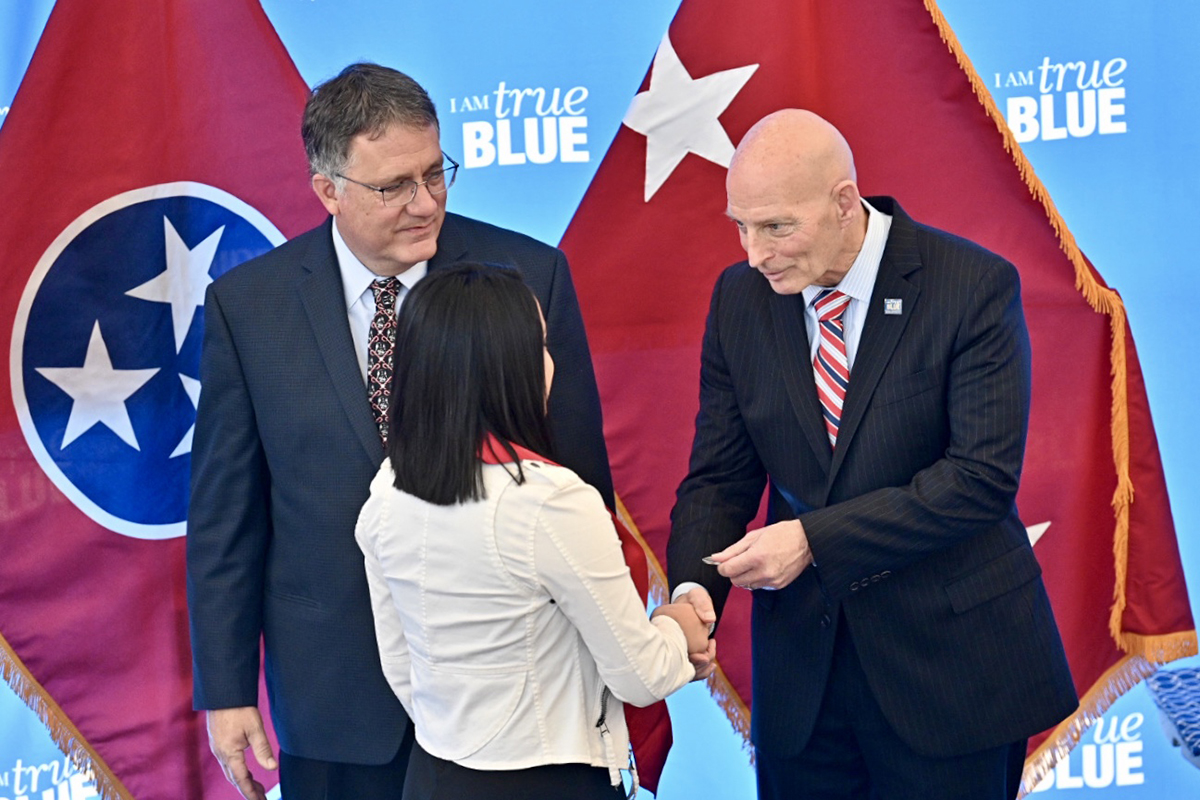 “My wife has made many sacrifices and I have as well,” Doug Williams said. “The military taught me core values of leadership and teamwork, and helped me in my career.”

Provost Mark Byrnes told the student veterans that “we’re excited about you graduating and for what you did in your path. The voice of veterans in the classroom is welcome. You’re disciplined. … We look forward to seeing you at graduation.”

Retired U.S. Army Lt. Gen. Keith M. Huber, senior adviser for veterans and leadership initiatives, praised the student veterans who are about “to enter, serve the community and the workforce. … Businesses are looking for your teamwork, accountability and discipline. What you do with this degree — this newly gained knowledge — is to be leaders and honorable in the workforce.”

Smyrna Mayor Mary Esther Reed, an MTSU alumna, and Town Manager Brian Hercules attended the ceremony along with VA benefits staff and David Corlew, the longtime manager for Charlie Daniels and co-founder with him of The Journey Home veteran support organization. 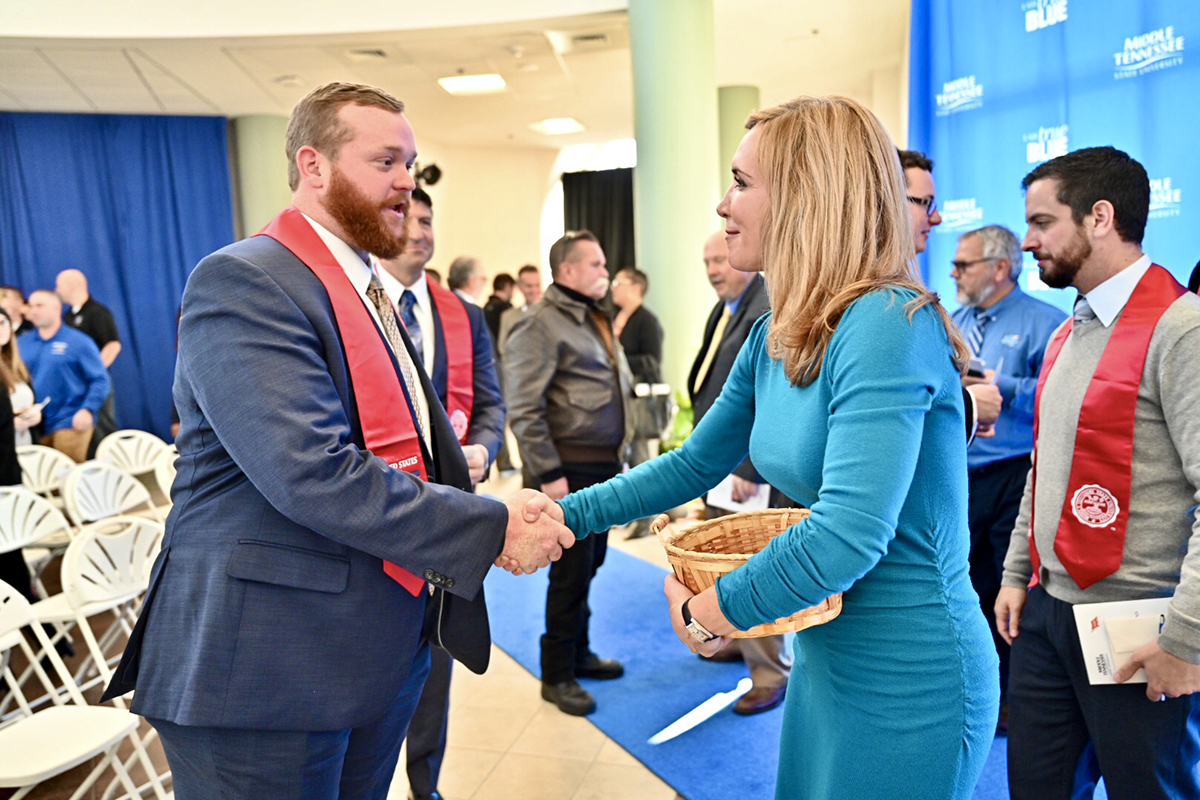 Before the stole ceremony, 50 people attended an inaugural breakfast provided by title sponsor Amazon. The breakfast was held for student veterans and their families, Amazon representatives and other business leaders interested in hiring veteran graduates, said Lori Ogden, director of development and external affairs for the Daniels Center. 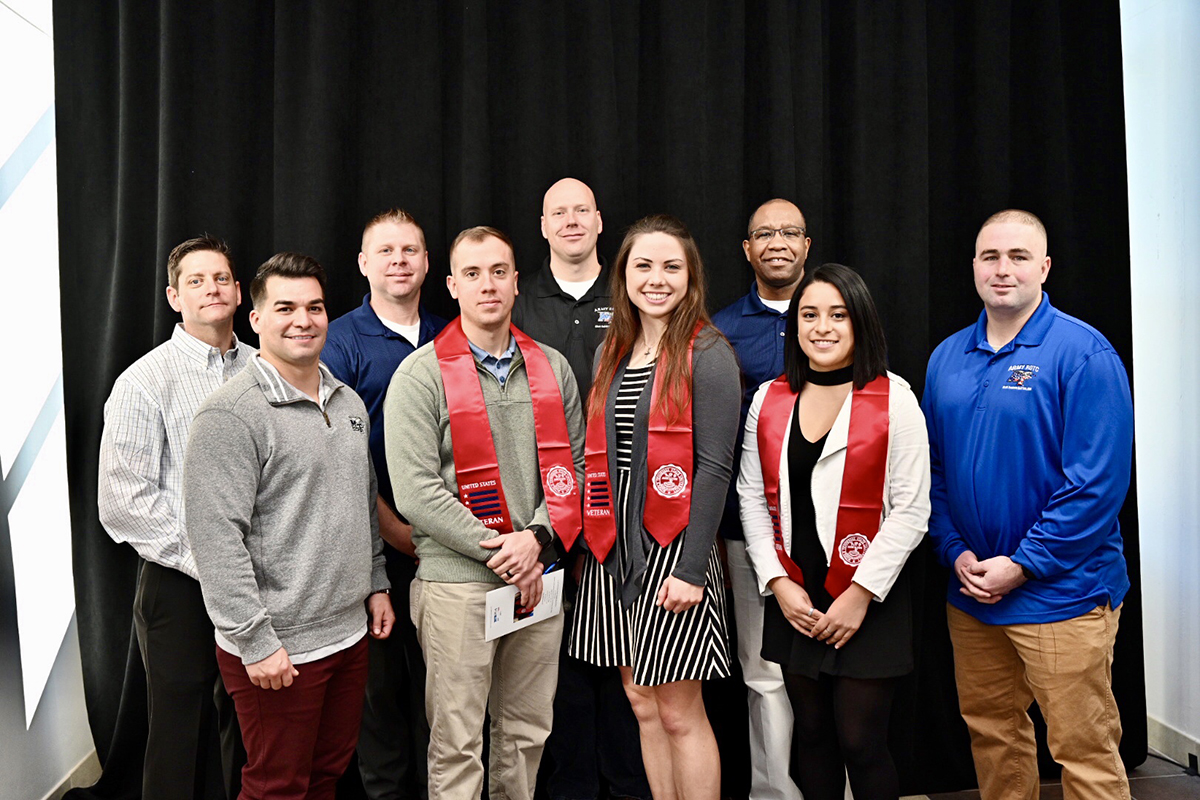 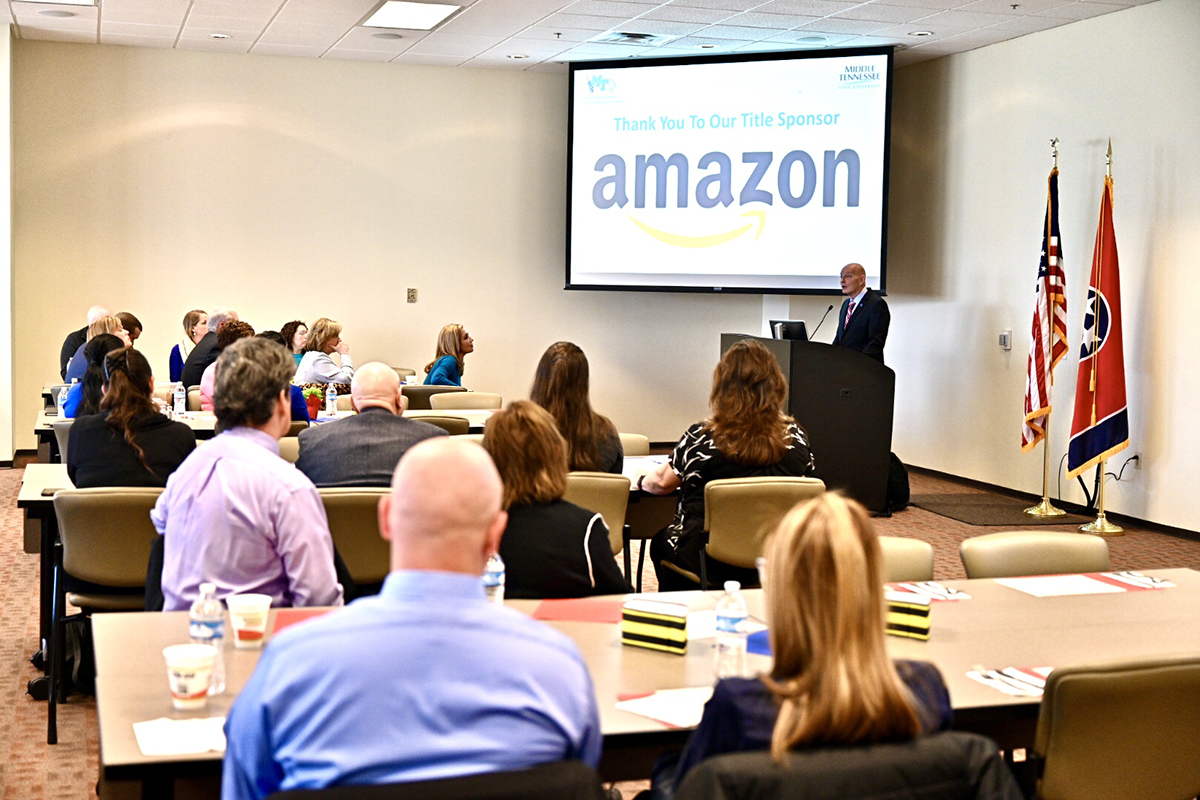