April 'Out of the Blue' bursts..

MTSU returns to the Grammys af.. 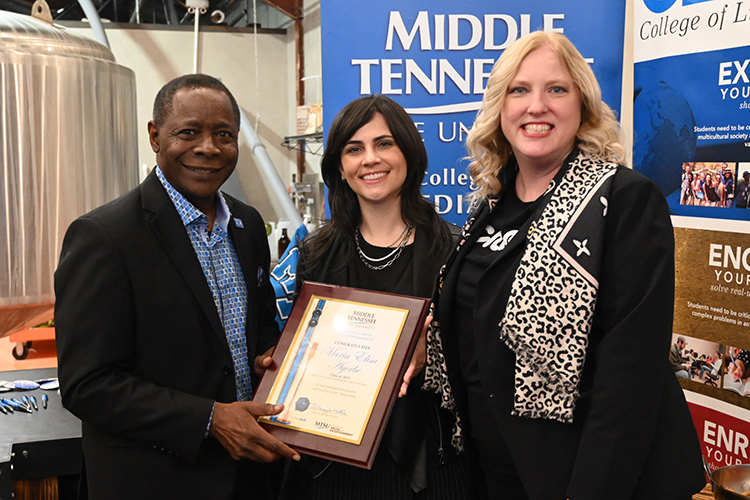 Grammy nominee Maria Elisa Ayerbe, who graduated from MTSU in 2015 with a master’s degree in recording arts and technologies, was honored Saturday by President Sidney A. McPhee and Media and Entertainment Dean Beverly Keel. (MTSU Photo by Andrew Oppmann)

LAS VEGAS — Middle Tennessee State University assembled several of its Nevada alumni Saturday to celebrate the nine former students nominated for Grammy Awards this year — and singled one of them out for career achievement.

Maria Elisa Ayerbe, who graduated from MTSU in 2015 with a master’s degree in recording arts and technologies, is among the artists included in this year’s Best Latin Pop Album category for engineering fellow Colombian Paula Arenas’ album, “Mis Amores.”

“Maria’s amazing body of work, and the many accolades she has earned, speaks volumes of the enormous impact she is making in the music industry,” said Dean Beverly Keel of MTSU’s College of Media and Entertainment. “We are proud to add our voices to the chorus singing her praises.”

Ayerbe, fresh off a 2021 Latin Grammys quadruple nomination for her producing, engineering and songwriting on “Mis Amores,” has worked for more than a decade in recording, mixing, music production and audio post-production.

“Not only as a former student, but also as a Colombian, who emigrated to the U.S  just to do this program, (it’s an honor to have) the ability to carry MTSU’s name everywhere I go and for people to be able to recognize that,” she said.

“The name comes to you with a distinction and a honor and it passes onto you. It’s formidable.”

An active member of the Recording Academy, Ayerbe is board governor and chair of the Producers and Engineers Wing for the organization’s Florida chapter. She was included in the 2019 class of Leading Ladies of Entertainment by the Latin Recording Academy and has worked projects with multiple Grammy honorees. 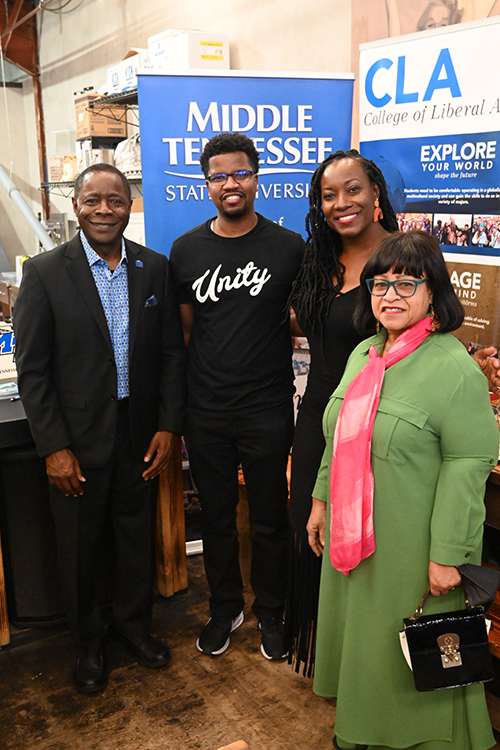 2003 graduates Ceylon Wise and Ashley Brooks Wise, who created an educational YouTube channel with their young sons and are part of the best children’s music album-nominated compilation, “All One Tribe,” with MTSU President Sidney A. McPhee. (MTSU Photo by Andrew Oppmann)

She has taught courses in audio production at universities in Colombia and the United States, including MTSU. This week, she took time to share insights with students from MTSU’s Department of Recording Industry attending the Grammys.

“I am so excited for our students to hear how Maria Elisa evolved from the MTSU classroom to the Grammys,” Keel said at the MTSU Alumni Association reception at Able Baker Brewing. “This will encourage them to dream bigger and work harder.”

Sam Long, a senior majoring in commercial songwriting from Fairview, Tennessee, agreed with the dean.

“As a songwriter, one of the most important things to me, besides the craft, is building relationships with other writers and industry folks — something we haven’t been able to do the last few years,” Long said. “This trip has given us the opportunity to make those connections.”

MTSU also cheered for its eight other alumni in this year’s nominee class, many of whom stopped by Saturday’s reception. They are

• Billy Hickey, a 2006 recording industry production and technology alumnus who was nominated for three Grammys for his work on Ariana Grande’s 2019 release, “thank u, next.” He returns to the list of best pop vocal album Grammy nominees this year for his work on Grande’s “Positions.”

• 2003 graduates Ceylon Wise and Ashley Brooks Wise, who created an educational YouTube channel with their young sons and are part of the best children’s music album-nominated compilation, “All One Tribe.” The project features 24 family music artists, known collectively as “1 Tribe Collective,” who aim to educate, encourage and inspire Black children. Ceylon Wise earned his degree in audio production, and Ashley Wise’s degree from the School of Music is in music performance.

At a lunch before Saturday’s reception, students also huddled with three other industry pros for real-world insight: Mike Molina, head of Big Machine Music and the 2021 College Wall of Fame recipient; B.J. Hill, vice president of Warner Chappell Music in Nashville; and Laura Veltz, who was recently hailed by an industry publication as “one of our most important songwriters.”

The 64th annual Grammy Awards will be broadcast beginning at 7 p.m. Sunday, April 3, on CBS and Paramount+. 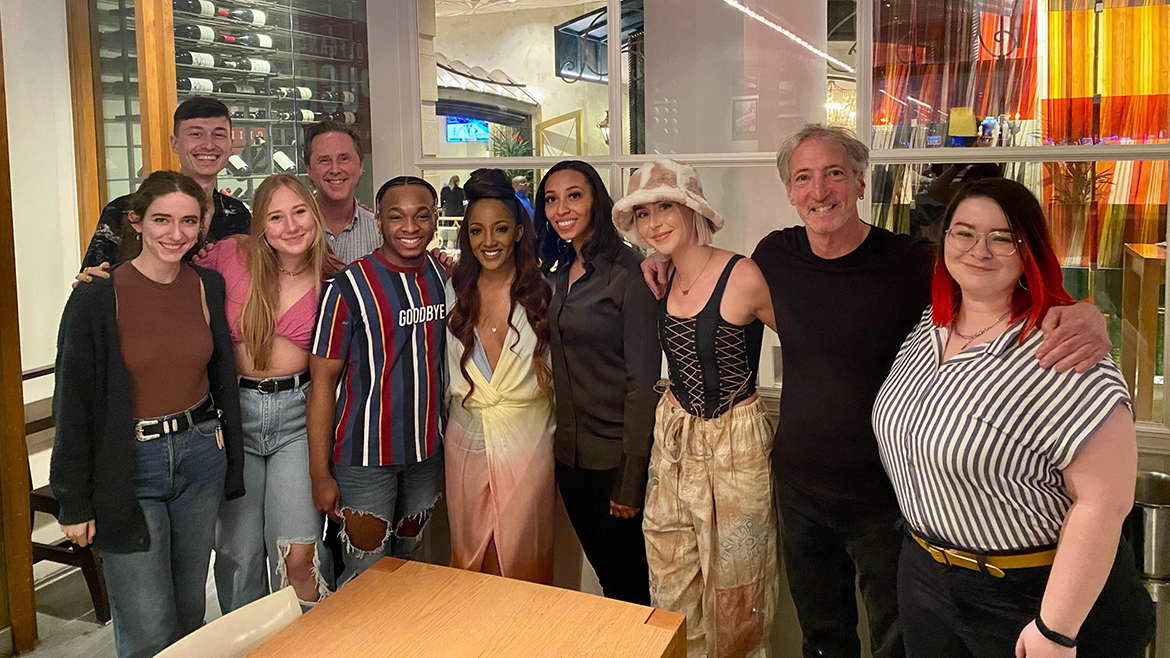