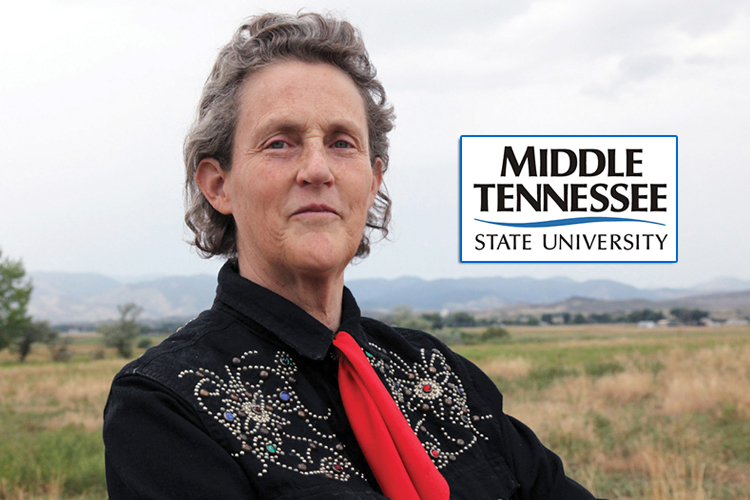 Public tickets to the free event became available Sept. 23 and “sold out” almost immediately. Tickets were limited because of the facility’s 830-plus seating capacity.

Diagnosed with autism as a child, Grandin’s determination and family support led her to pursue an education in psychology and animal science.

She’s now a professor at Colorado State University and uses her training and experience as an advocate for people on the autism spectrum and for humane treatment of animals.

A 2010 HBO drama about her life and accomplishments, starring actor Clare Danes, was nominated for 15 Primetime Emmy Awards and earned five, including the Emmy for the year’s most outstanding TV movie. Grandin was inducted into the American Academy of Arts and Sciences in 2016.

While she was in college, Grandin invented a device she calls the “Hug Box,” a deep-pressure invention that helps calm people who are hypersensitive to stimulation, including those with autism. She was inspired by the squeeze chute that livestock handlers use to hold and calm cattle while they’re being inoculated or receiving other care; her device is still used by therapy programs across America to help both children and adults with autism.

Grandin also is an author, whose books include “Calling All Minds,” “Thinking in Pictures,” “Thinking Differently,” “Animals in Translation” and “Animals Make Us Human,” and whose 60-plus peer-reviewed scientific papers focus on various animal behaviors.