From an idea to MTSU nurses pr..

Growing scholars take on research as just another challenge

For many graduate students, research is a requirement. But for undergraduates, it’s generally extracurricular, an additional time commitment on top of coursework, paid work, and sometimes even family life. 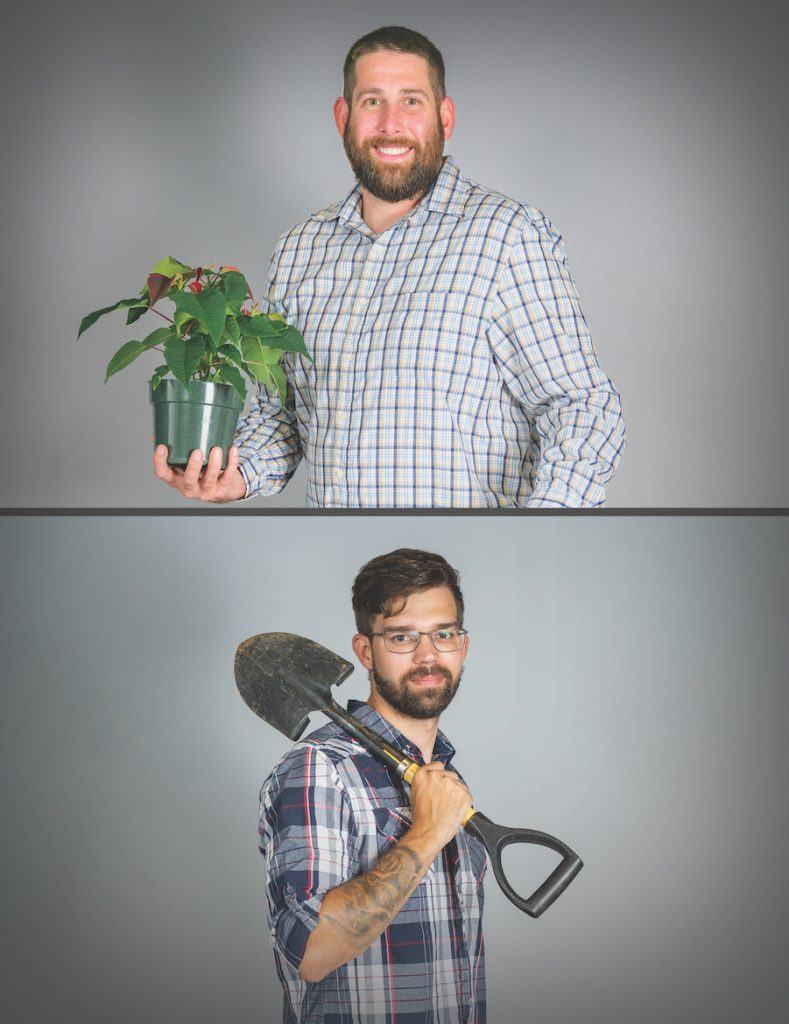 A lot of Conner’s extra miles were logged over the Fall 2020 semester. He spent every week bouncing around between three Tennessee cities: Clarksville, where he lives with his wife and two young sons; Murfreesboro, where he had in-person classes Mondays and Tuesdays (plus tomato plants to tend in a campus greenhouse); and McMinnville, where he worked Wednesdays and Fridays at Tennessee State University’s Otis Floyd Nursery Research Center. On Thursdays, he Zoomed from home.

Conner acknowledges that the schedule wasn’t sustainable long term. As much as he enjoyed his Floyd Center internship, he was glad to see it wind down at the end of the year. But the extra work he took on that semester—the research, the internship—checked off boxes that got him closer to his goal of being a soil scientist.

What are the odds of two strangers discovering that they share a military background and a  passion for soil? It’s hard to say for sure, but those odds certainly improve at MTSU, which has a long tradition of welcoming veterans and active-duty soldiers.

He wasn’t quite sure what those boxes were until he took freshman-level biology. That’s where he learned about MTSU’s Undergraduate Research Experience and Creative Activity (URECA) program, which offers undergraduates grant funding for their research work.

“They really stressed that undergraduate research makes you competitive so you can get your master’s paid for or get a research gig,” Conner said. “I like checklists. That’s why I joined the Army.”

Suffice it to say that when Conner arrived at MTSU, he was a different guy: a 30-year-old veteran with a wife and two kids and a newfound fascination with horticulture—specifically soil, which he considers a vital but largely untapped resource. Said Conner:

The effort to find ways to bring more efficiency out of our soil is critical to the human race’s future. 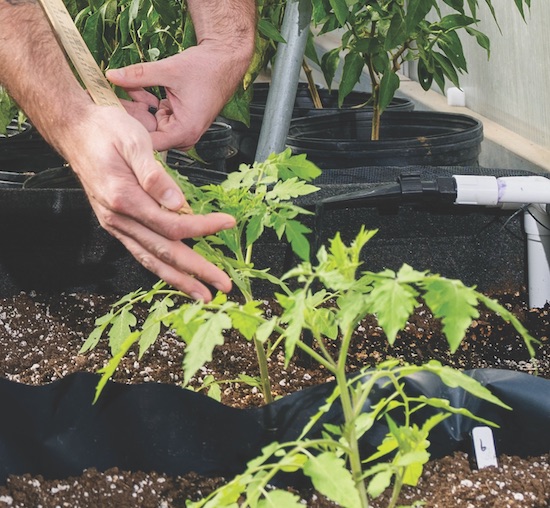 Conner enrolled as a Plant and Soil Science major, minoring in Biology. As soon as he learned about URECA grants, he began scouring the literature, looking for research to expand on. He needed a project. He already had a partner.

What are the odds of two strangers discovering that they share a military background and a  passion for soil? It’s hard to say for sure, but those odds certainly improve at MTSU, which has a long tradition of welcoming veterans and active-duty soldiers.

And for good reason. Military-connected students tend to be focused and highly pragmatic. For them, college is about succeeding, not socializing. Yet the camaraderie forged between soldiers doesn’t end with military service, so when they meet in college, as Conner and Hall did, they tend to connect there, too.

“Soil fascinates me, and having healthy soil is essential to continued life on Earth,” he said.

We live in a technological world, where society thinks they will find the answers to solve every problem; however, we must learn how to use the available technology to understand how to properly feed the soil in order to set future  generations up for success. 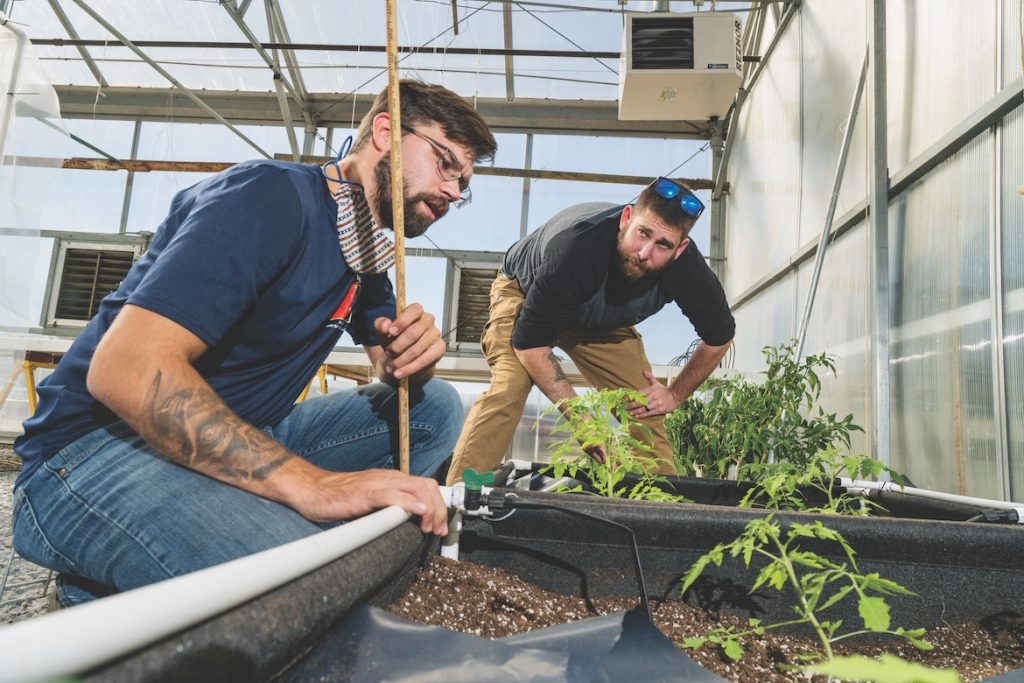 Conner (l) and Hall check on their fertigation research project.

Also like Conner, Hall is medically retired from the military. Fifteen years as an Army Airborne combat engineer—“I jumped out of airplanes  and blew stuff up for a living”—gave his back all the punishment it could take.

Maybe it’s his three tours of duty (two in Afghanistan, one in Iraq) or his three surgeries. Maybe it’s simply his upbringing in an almost all-female family. But when asked about the challenge of balancing college, work, and family life, which includes four girls ages 7 to 13, Hall replied, “Being a retired senior noncommissioned officer in the military, time management has always been a big part of what I had to do. I’m pretty good with managing my own time and creating my own schedules. But yeah, it does get a little challenging between four girls, school, work, all that good stuff.”

So when Conner floated the idea of doing a research project together, Hall was all in.

Conner’s thought was to expand on a Chinese study he had found comparing the outcomes of various air irrigation techniques on tomato plants. He wanted to compare the effects of fertilization and water with and without aeration, as well as test the thermal and physical properties of the soil.

Hall says he loved the idea, but “honestly we had no idea what we were doing” until they attended the Fall Undergraduate Research and Creative Activity Open House showcasing recent URECA grant winners and their projects. “That’s when we got our intel to figure out how we should go about doing this,” he said. 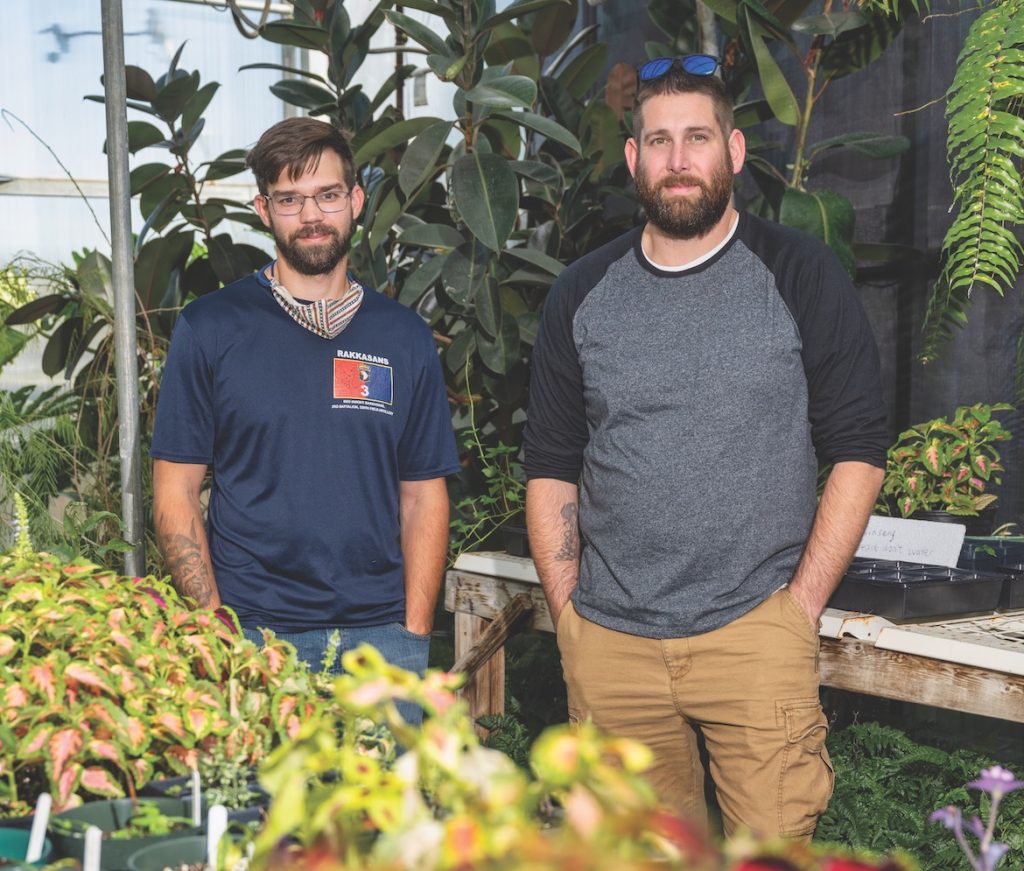 Undergraduate researchers Conner (l) and Hall at the MTSU greenhouse

They met with Jamie Burriss, who facilitates the URECA program; found a mentor, Samuel Haruna, assistant professor in the School of Agriculture; and with input from both, applied for and won Spring 2020 URECA grants, which paid stipends and covered costs of materials. Then they went to work building a custom fertigation system.

The original system had clear pipes so observers could see the venturi injectors mix air into the water. But the pipes sprang too many leaks, so Conner and Hall had to rebuild with PVC. Then the pandemic hit and they couldn’t get into the horticulture greenhouse. Undeterred, they got their grants extended and soldiered on through the fall. They’re now completing analysis of the results.

Research, like life, is a series of challenges. These two Army vets are up for it, enthusiastically.

Project: Research on fertilization and water with and without aeration