College and university students from across the region and South wrapped up the fourth annual MTSU Computer Science HackMT Sunday, Jan. 27, in the Science Building. 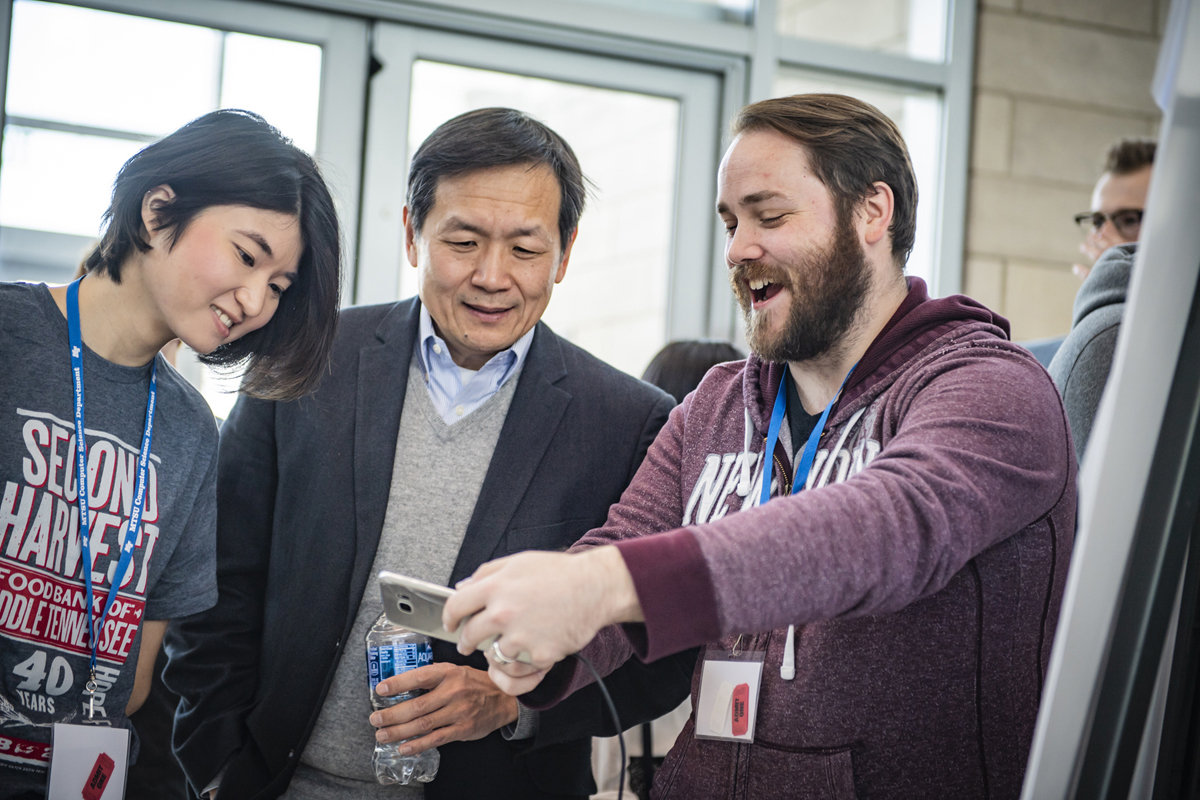 One 10-member team spent $3.50 for the domain name in creating the travelcast.me website. A 25-member team, spanning several colleges and cross-disciplines, collaborated with Nashville-based Second Harvest Food Bank to help the nonprofit vastly improve its warehouse efficiency — and the students will assist in the project beyond Sunday’s event wrap-up.

A team named CDUD, with two MTSU students and two UT-Knoxville students, earned first place in the judges’ Professional Choice Awards. They created an augmented reality sandbox that changed colors based on the terrain when items in the sandbox moved.

L3 ForceX and Asurion led the group of sponsors supporting the event. 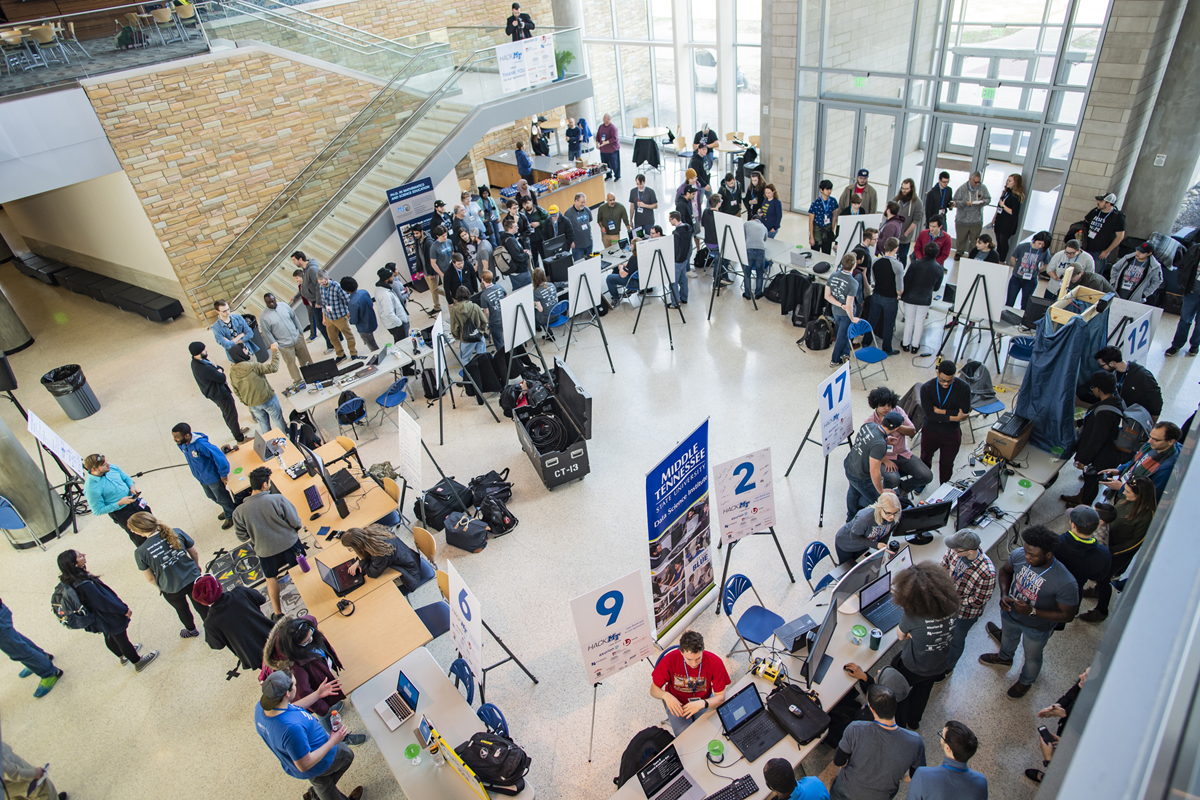 Judges and visitors review the teams’ projects during the “science fair” portion of the fourth annual HackMT Jan. 27 in the MTSU Science Building. The three-day, 36-hour hackathon drew a record 200-plus students. (MTSU photo by Kimi Conro) 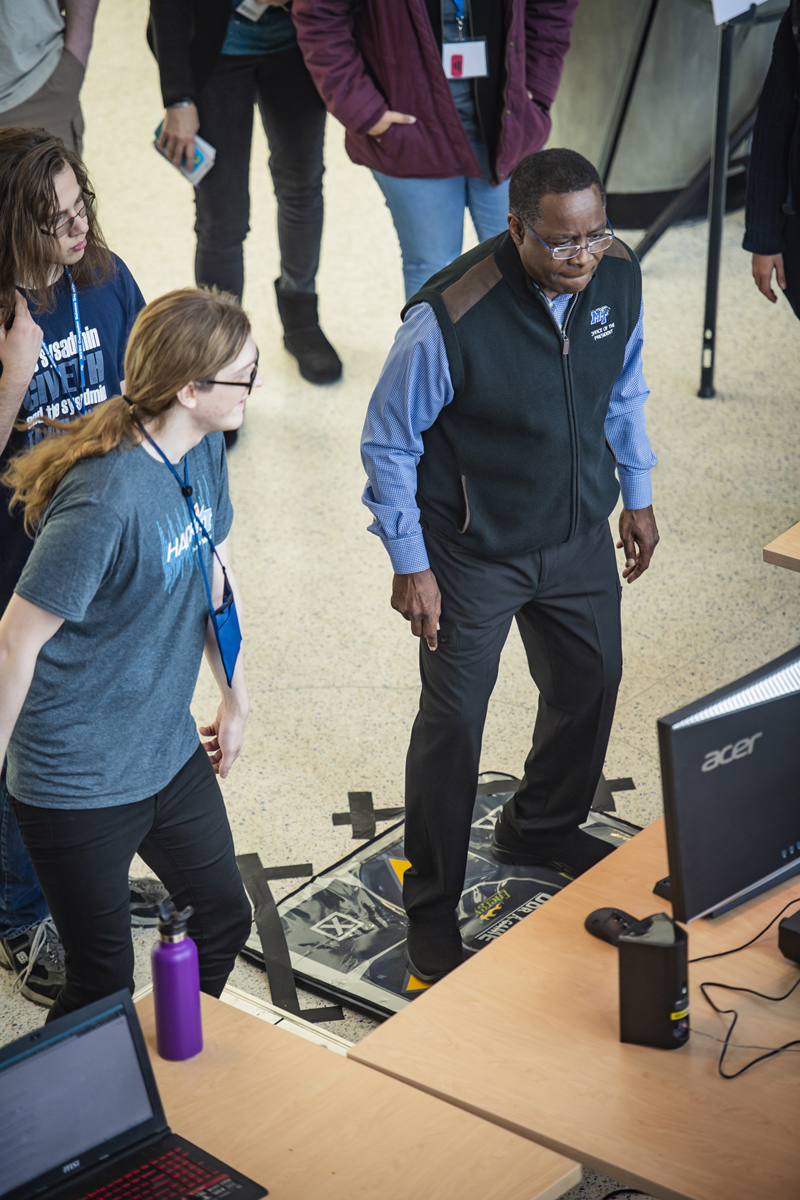 MTSU alumnus Steven Sheffey, left, MTSU challenges MTSU President Sidney A. McPhee to a dance-off in his group’s “Breakdown” game Jan. 27 during the grand finale to the fourth annual HackMT in the Science Building. (MTSU photo by Kimi Conro)