A Frist-owned property on the banks of the Harpeth River in Williamson County, Tennessee, points to humanity’s roots as a people: a continuum of culture that spans hundreds of generations and thousands of years. But on one lot in particular — one that’s located where the ruddy waters of Brown Creek spill into the Harpeth River — there is literally more truth to that than an untrained eye could possibly see. 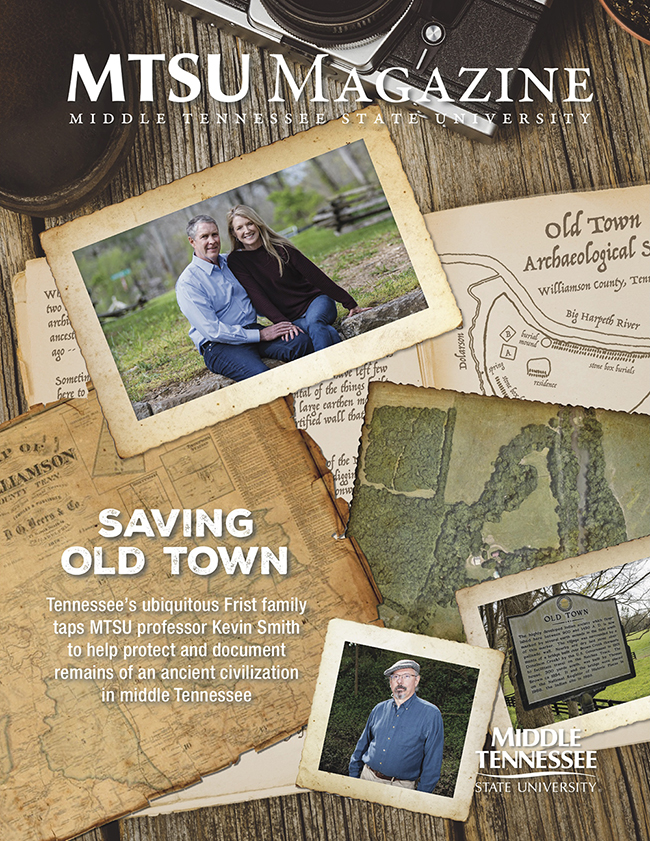 Click the cover to view a PDF version of the current issue.

And protecting what most of us can’t see — clues that a great civilization that one anthropologist from MTSU knows thrived there long ago — is where the Frists come into this fascinating story.

Frist, a heart and lung transplant surgeon and former majority leader of the U.S. Senate, and his wife, an educator, writer, and accomplished equestrian from Virginia who is one-quarter Native American, purchased the land in 2015 with the aim of preserving the site called “Old Town.”

The property contains the remains of a people whose nomadic forbearers arrived in the region some 12,000 years ago. These hunter/gatherers eventually settled down, culminating in a sophisticated civilization that flourished both economically and culturally from roughly 1000 A.D. to 1500.

Other articles in the newest edition of the magazine profile:

An electronic PDF version is available here, and archived copies of MTSU Magazine, as well as the university’s other print publications, are also available online at www.mtsunews.com.