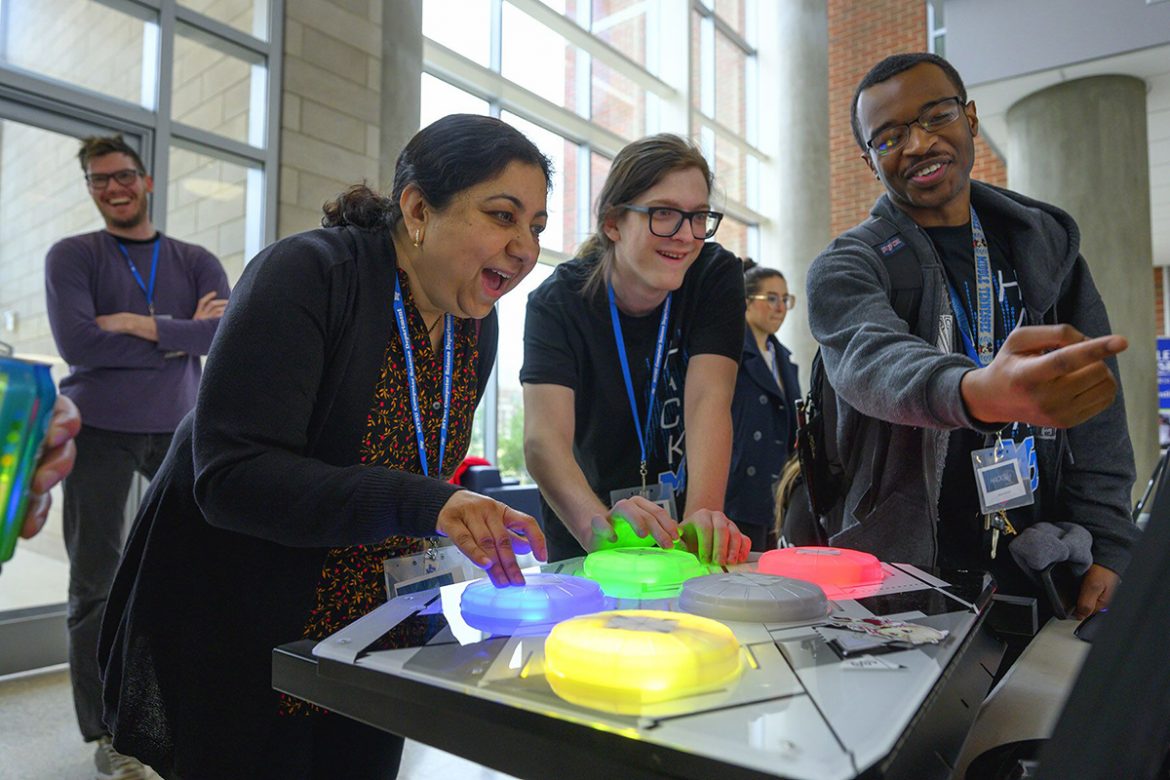 College students are preparing for the seventh annual HackMT at Middle Tennessee State University later this week — and a return to an in-person event where gadgets, gizmos and creativity abound.

HackMT will be held from 5 p.m. Friday, Jan. 28, through noon Sunday, Jan. 30, in the MTSU Science Building on Friendship Street, with the public invited to the grand finale starting at 10 a.m. Sunday. To find nearby parking, go here. 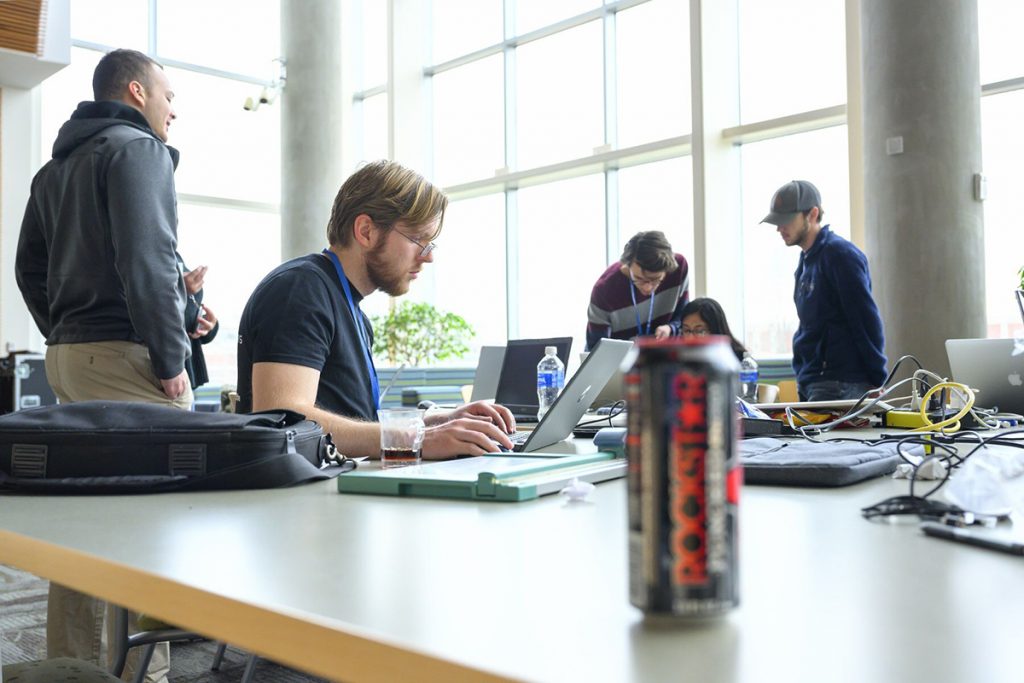 One of the teams in the fifth annual HackMT at MTSU collaborates to apply the finishing touches to its project just before the judged science fair portion of the event in January 2020 in the Science Building’s second-floor atrium. College students gather in person Jan. 28-30 to form teams in the seventh annual hack-a-thon competition. (MTSU file photo by Cat Curtis Murphy)

The hack-a-thon and project expo, hosted by the Department of Computer Science, brings software developers and visual designers together with computer science, computer information systems and other students from regional universities. They form teams to try to invent new web platforms, mobile apps and electronic gadgets during more than 36 intense, uninterrupted hours.

“The interaction between industry partners and MTSU students as well as other university students during HackMT offer business and industry the opportunity to observe the knowledge and skill sets of the students (future employees),” said Joshua Phillips, associate professor and event director.

“Additionally, the interaction between industry and students also facilitates networking between students and business partners, while also supporting the business goal of attracting and retaining new talent to our region,” Phillips said.

Judges will select the top three teams, which will be announced Sunday.

Other sponsors include Antage, Genesco, MTSU Data Science and UBS.

The 2021 event was held virtually because of the pandemic. For health and safety protocols for this year’s HackMT, Phillips said he planned to email those registered, “recommending vaccination and masks and simply not attending if not feeling well or having symptoms.” 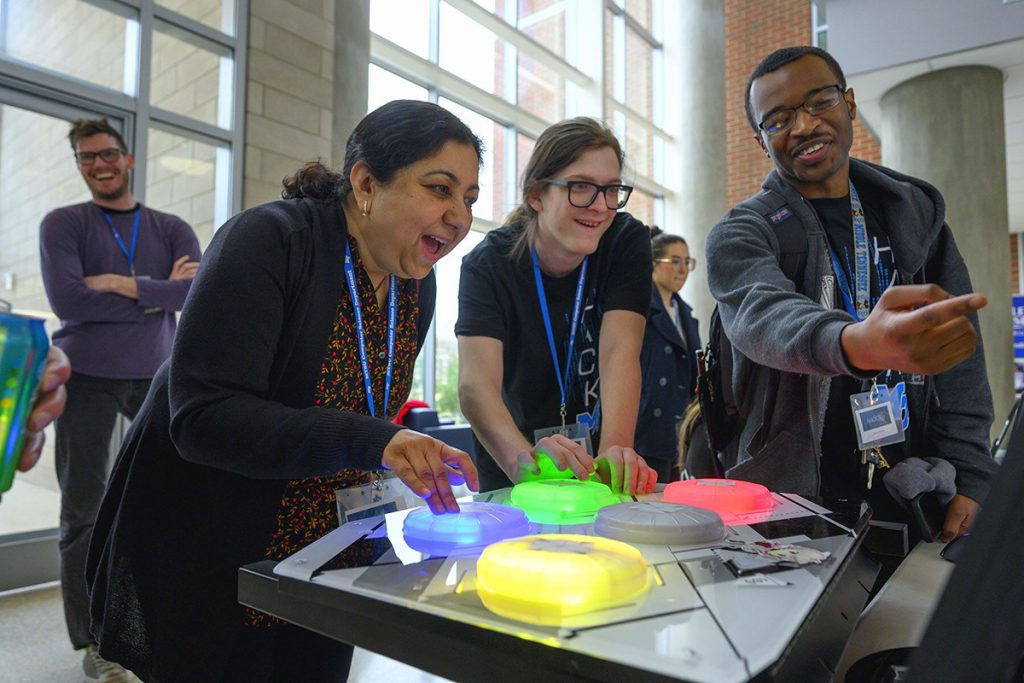 MTSU computer science Chair Medha Sarkar, left, and then-graduate student Steven Sheffey enjoy competing in one of the Infinity team’s games they created during the 36-hour HackMT in the Science Building’s first-floor atrium in January 2020. MTSU team member and current student Myles Chisholm, right, assists. More than a dozen teams will compete in this year’s event, which will be held Jan. 28-30 at MTSU. (MTSU file photo by Cat Curtis Murphy)

The department, one of 11 in the College of Basic and Applied Sciences, has an exceptional career placement rate, especially with business and industry in the Midstate. Medha Sarkar is the department chair. 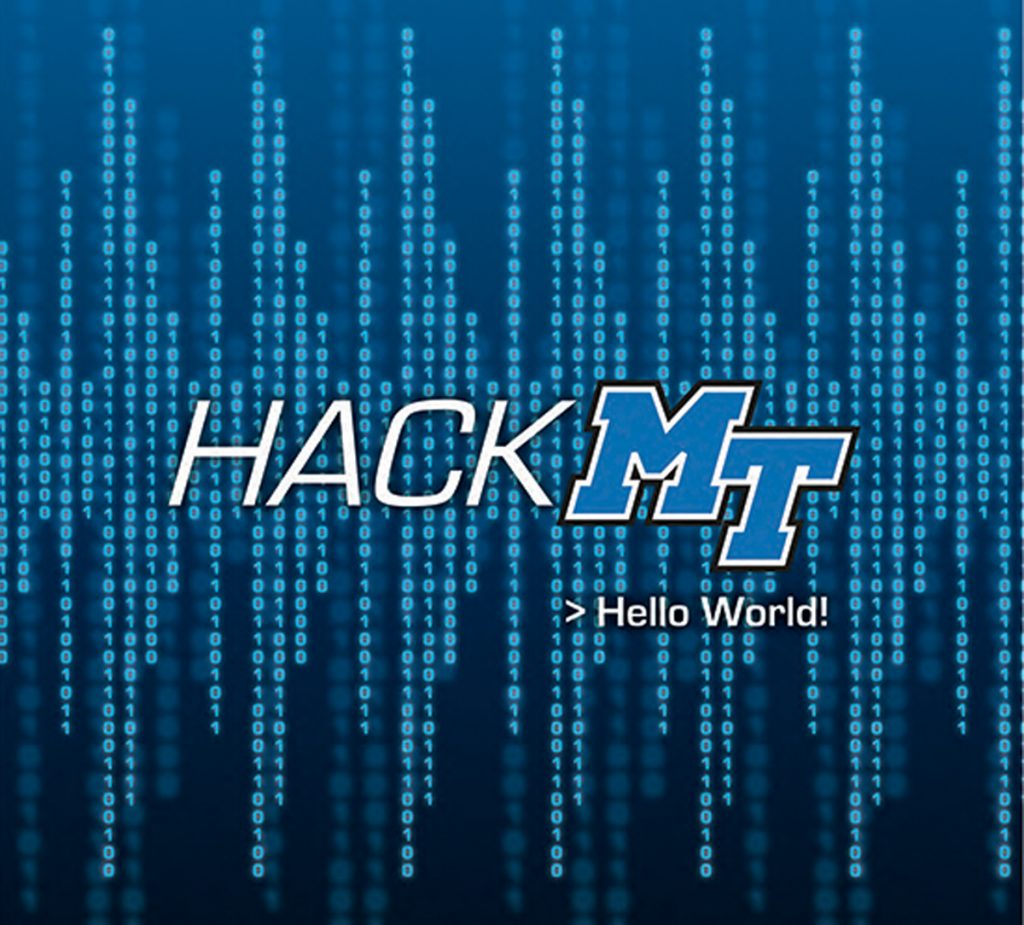