'John Roberts and the Supremes..

TV sports journalism is in the picture on ‘MTSU On... 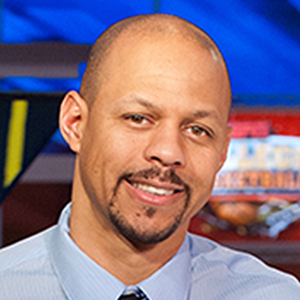 An MTSU alumnus who will help usher in the SEC Network after producing at ESPN was the guest on a recent edition of the “MTSU On the Record” radio program.”

Host Gina Logue’s interview with Lewis Harkness first aired July 21 on WMOT-FM (89.5 and www.wmot.org). You can listen to their conversation here.

Harkness, a native of Harriman, Tennessee, graduated from MTSU in 1993 after working at the student television station. He began interning at WKRN-TV in Nashville, Tennessee, that same year and worked there for 18 years before becoming a producer of ESPN’s “Sportscenter.”

Beginning in August, Harkness will work for the Southeastern Conference’s new TV network, which will be located in the headquarters of the ESPNU network in Charlotte, North Carolina.

“I never really wanted to be in front of the camera,” said Harkness. “Probably the creative side of me is what drove me to be behind the scenes.”