Rep. Harwell to be named a ‘Distinguished Friend’ ...

Rep. Harwell to be named a ‘Distinguished Friend’ of MTSU 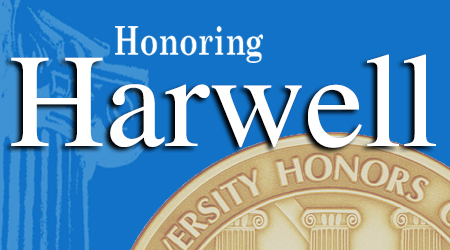 State Rep. Beth Harwell of Nashville, speaker of the Tennessee House of Representatives, will return to MTSU this Thursday, March 21, to be honored as the second “Distinguished Friend of the University Honors College.”

Harwell, the first female House speaker in Tennessee history as well as in the Southeast, was on campus in December as the featured morning-ceremony speaker for MTSU’s fall 2012 commencement.

Thursday’s public ceremony, which also is part of MTSU’s observance of National Women’s History Month, is set for 2 p.m. in Room 106 of the Paul W. Martin Sr. Honors Building on campus. A reception will follow the ceremony.

“The University Honors College is especially pleased to present Speaker Beth Harwell with this award during Women’s History Month,” said Dr. Philip Phillips, interim associate dean of the college and an MTSU professor of English.

“Speaker Harwell exemplifies the virtues inscribed on the outside of the Paul W. Martin Sr. Honors Building: character, creativity, commitment, curiosity, discipline, faith, honor and integrity. Her unanimous re-election by her colleagues as speaker of the house is a testament to her effective leadership and her commitment to serving the needs of all the citizens of Tennessee.

“Her honorable career in public service serves as an inspiration to others, especially young women, to pursue leadership roles that traditionally have been reserved for men,” Phillips added.

The University Honors College, formally established in 1998 after 25 years of success as an honors education program, aims to provide an exceptional undergraduate education to a small but diverse student population at MTSU.

Its first “Distinguished Friend,” Turkish entrepreneur and humanitarian Celal “Uncle Celal” Afsar, was honored with the award in 2011.

Afsar, a respected businessman who founded the K-12 Sungurbey College in Nigde, Turkey, is a friend and colleague of Honors College Dean John Vile, Paul Martin Jr. of the Honors Board of Visitors and MTSU President Sidney A. McPhee.

Harwell is currently serving her 12th term in the state House from District 56, which includes a part of Davidson County. A dedicated community volunteer and an award-winning legislator, Harwell has also served as an assistant professor of political science at Belmont University.

First elected in 1988, she has been a strong advocate for tougher sexual abuse laws, victims’ rights, welfare reform, children’s issues and, most notably, education. She has sponsored and passed legislation clarifying and toughening the penalties against stalkers, requiring more time behind bars for rapists, strengthening Tennessee’s child rape laws and building crime-prevention cooperation among the states.

In 2009, Harwell’s work for education reform led to the passage of landmark charter school legislation. She also pushed passage of legislation to direct additional funds for improvement of training for day care workers.

Harwell earned her Bachelor of Arts degree from David Lipscomb University and her doctorate from Vanderbilt University.

The March 21 event is sponsored by the MTSU University Honors College. For more information, please contact the Honors College at 615-898-2152.