Past and present MTSU Horse Science students continue to excel in their academic research. 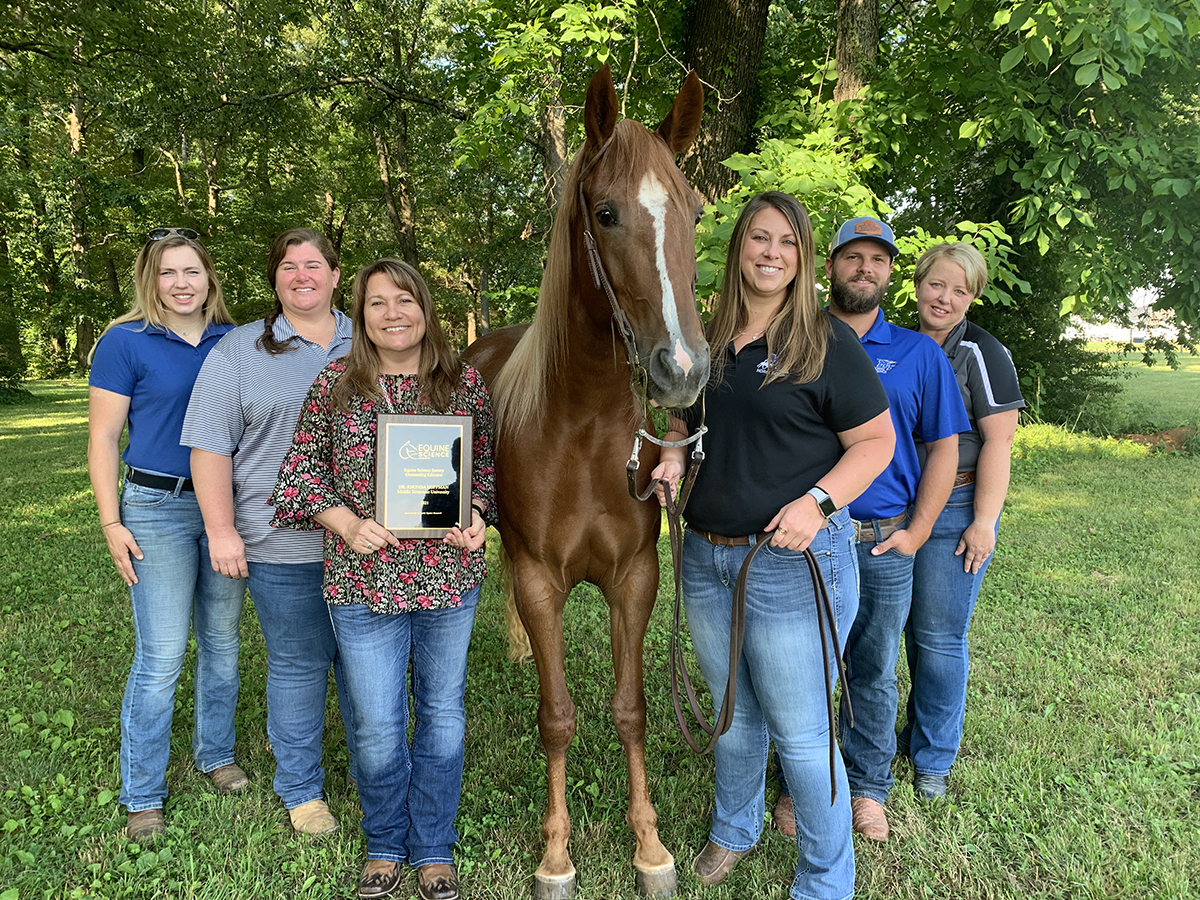 “We’re really happy to report success in our master’s of horse science graduate program,” Hoffman said, adding the students were among dozens of graduate and 157 presenters altogether at the bi-annual meeting of scientists, equine scientists, veterinarians, feed manufacturers and other horse enthusiasts representing 18 nations.

Layton, who is from Huntsville, Utah, earned accolades for second place in the Teaching & Extension graduate competition and second overall in the Journal of Equine Veterinary Science Graduate Publication Award.

“It was an honor and I’m really grateful to have received both awards,” Layton said. “It was such a great opportunity to be able to present my research and the fact that it was an international symposium made it an awesome experience. It’s really cool to see all the research being done worldwide to benefit the horse industry.”

Layton also expressed her gratitude “for the faculty here in the MTSU Horse Science program. They were so influential and helpful through my research.”

Hoffman said Layton’s showing “is even more significant because master’s and Ph.D. students were not separated for any of the competitions, so she competed against students with more experience.”

Horse Science is one of a number of programs in the School of Agriculture in the College of Basic and Applied Sciences. 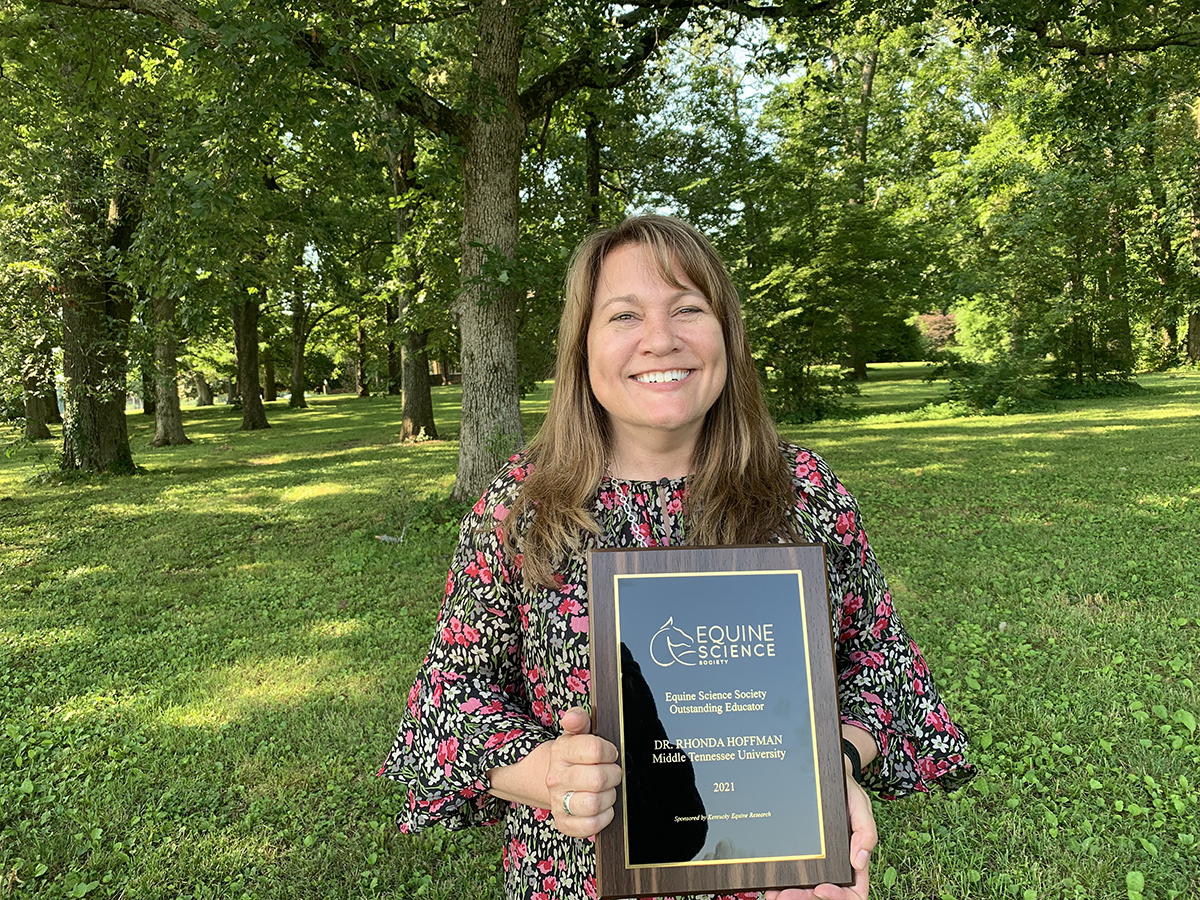 MTSU Horse Science Director Rhonda Hoffman holds the 2021 Equine Science Society Outstanding Educator Award she received recently. “I can’t put into words how much this means to get that award,” said Hoffman, a member of the organization since 1993. School of Agriculture Director Jessica Carter nominated her for the honor. (MTSU photo by Randy Weiler)

The Equine Science Society’s Outstanding Educator honor for Hoffman — one of six major awards the organization presented — recognizes an individual who has demonstrated excellence in the area of equine education, either to students or persons in the horse industry, the organization said in its website announcement.

“I can’t put into words how much this means to get that award,” said Hoffman, a member of the Equine Science Society since 1993. “I’ve been nominated before, but never received it and so this was a really special year.”