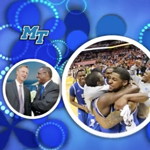 MTSU’s video of good tidings for the 2012 holiday season got good tidings of its own Wednesday with its inclusion on a list of the 14 best digital season’s greetings produced by the nation’s colleges and universities.

CollegeWebEditor.com, an independent blog about the Web, marketing, and PR in higher education, included the MTSU video in its third annual listing of collegiate holiday efforts. The site is part of the HigherEdExperts.com network.

The video, a two-segment package that starts with an animated holiday montage and concludes with a seven-minute short film on Santa earning his college degree, was produced and directed by Rob Janson in the MTSU Marketing and Communications office. It can be viewed with the other 13 videos featured in the blog by visiting http://tinyurl.com/bestcollegeholidayvideos.

“We are pleased that Rob’s films are gaining a larger audience and allowing even more people to learn more about our university and programs,” said Andrew Oppmann, MTSU’s associate vice president for marketing and communications.

You can watch the holiday video below.