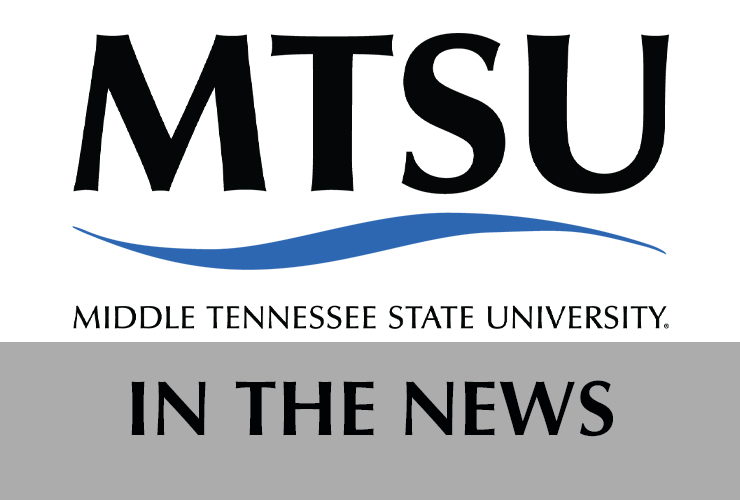 Reporters turned to MTSU faculty for their perspectives on various topics recently, including the Congressional hearings on the Jan. 6 attack on the Capitol, voting rights, Pride Month, oral history, Juneteenth and summer heat, among other topics.

• Dr. Marisa Richmond, an adjunct professor of history, discussed Pride Month and the LGBTQ community on the June 6 edition of “OpenLine” on NewsChannel5+. The video, which was posted June 7, is available here.

• Dr. Sekou Franklin, a professor of political science and international affairs, participated in a virtual panel discussion on Black rural identity and politics in the South under the auspices of the National Conference of Black Political Scientists. The video, which was posted to YouTube June 10, can be seen here.

Franklin analyzed the impact that evictions could have on voting rights in a story published June 16 in the Newport (Tennessee) Plain Talk and several other newspapers. His views can be read here.

• Dr. Wendy Beckman, a professor of aerospace, said the Federal Aviation Administration should give flight trainers time to comment on designated pilot examiner policies in a June 14 article in General Aviation News. Her comments can be accessed here.

• Dr. John Vile, dean of the University Honors College and a political science professor, penned an appreciation of the American flag in celebration of Flag Day. The essay was published June 14 in the Elizabethton (Tennessee) Star and can be read here.

Vile discussed the work of the United States House Select Committee on the Jan. 6 attack on the U.S. Capitol on the June 16 edition of “MorningLine” on NewsChannel5+. The video can be seen here.

Vile described how the Bible guided former Vice President Mike Pence’s actions during the Jan. 6 insurrection in a June 18 editorial for https://www.christianpost.com. His views can be accessed here.

Vile talked about the Jan. 6 committee hearings on the June 20 edition of “Inside Politics” on NewsChannel5+. The video can be viewed here.

McGowan talked about the African American oral history project for a June 16 report by WTVF-TV in Nashville. The video and transcript can be seen here.

• Kent Syler, a professor of political science and international relations, said Republican political operatives are trying to figure out what kind of stands their candidates should make on gun issues in a June 15 story in Tennessee Lookout. His views can be accessed here.

• Dr. Louis Woods, an associate professor of history, explained the historical roots of the Juneteenth celebration in a June 16 story at https://www.thespruce.com. His words can be read here.

• Dr. Adelle Monteblanco, an assistant professor of sociology, explained what can happen to pregnant women if they don’t take precautions against the summer heat in a June 19 article at https://19thnews.com. Her comments can be accessed here.

Monteblanco described the work of The Nashville Urban Heat Youth Fellows program in documenting summer temperatures in a June 22 report by WPLN-FM in Nashville. The audio and transcript are available here.

• Dr. Jason Reineke, a professor of journalism, said the restrictions that aldermen in Franklin have imposed on demonstrations might be too vague in a June 22 report in The Tennessean. The story can be read here.