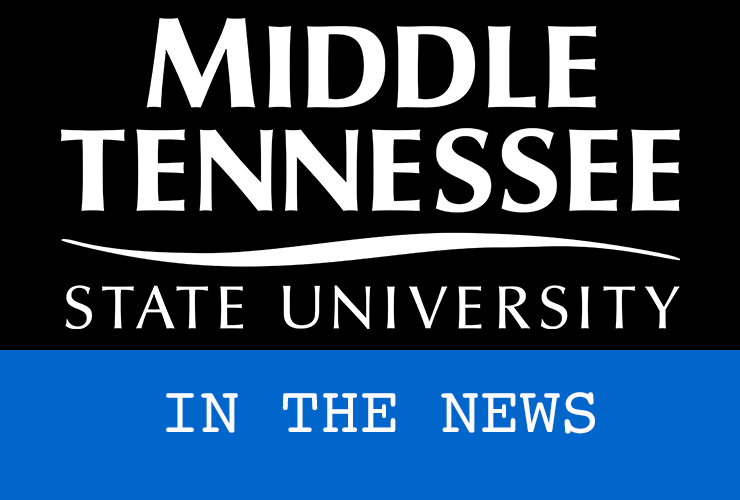 Members of the MTSU community recently provided reporters with expertise on a wide variety of stories on issues including voting rights legislation, job interviews, relocating to Tennessee and openness in government, among other topics.

• Dr. Daniel Smith, director of the Political Economy Research Institute and an associate professor of economics, wrote an editorial explaining what qualities make Tennessee an attractive place for relocation. The opinion piece, which was published March 26 by The Center Square, is available here.

Smith also penned an editorial asserting that the best thing the government can do for the poor is to get out of the way. The essay, which was published April 7 by The Center Square, can be accessed here.

• Dr. John Vile, dean of the University Honors College and a political scientist, wrote an editorial criticizing the spate of legislation aimed at restricting voting rights across the country. The essay, which was published March 30 in the Tennessee Tribune, and can be read here.

• Kent Syler, a professor of political science and international relations, said state legislation designed to restrict voting rights will be tested in the courts in a March 31 article published by NC Policy Watch. His views can be accessed here.

• Dr. Horace Johns, a professor of accounting, wrote an essay about the character traits that people should project during job interviews. The article was published March 31 by www.gcanews.com and is available here.

• Kathleen Schmand, dean of the James E. Walker Library, explained how transitioning to the FOLIO Library Services Platform will improve library services in an April 1 article in the Stamford Advocate of Stamford, Connecticut. Her remarks can be accessed here.

• Ken Paulson, director of the Free Speech Center, said a bill in the Tennessee General Assembly to make the Bible the official state book is unconstitutional in an April 3 report by WZTV-TV in Nashville. The video and transcript can be accessed here.

• Dr. Jamila McWhirter, a professor of music, expressed frustration with teaching via videoconference instead of in person in an April 5 editorial in The Quad, the student newspaper of West Chester University in Chester County, Pennsylvania. Her views can be read here.

• Dr. Michael Fletcher, an adjunct professor of history, served as an adviser to the restoration of a cemetery in Rutherford County, as reported in an April 6 story by Main Street Nashville. His comments are available here.

• Deborah Fisher, director of the John Seigenthaler Chair of Excellence in First Amendment Studies, was interviewed about openness in government in an April 6 posting by The Tennessean. The video can be accessed here.

• Dr. Marisa Richmond, an adjunct professor of history, criticized a bill in the Tennessee General Assembly that would enable students to opt out of courses that teach about sexual orientation or gender identity in an April 6 report by WSMV-TV in Nashville. The transcript and video are available here.

• Dr. Rudy Dunlap, an associate professor in the Department of Health and Human Performance, said COVID-19 safety protocols likely will not change during the summer travel season in an April 9 article in USA Today. His views can be read here.