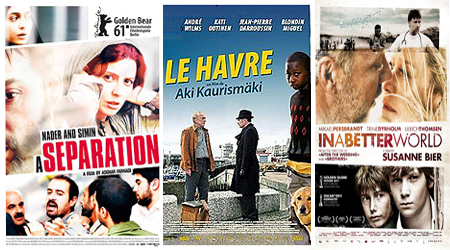 A compelling drama from Iran leads off this year’s MTSU International Film Series, which will start at 7 p.m. Saturday, Sept. 15, in the new MTSU Student Union Theatre.

“A Separation” tells the story of Nader and Simin, who have been married for 14 years. Simin wants to leave Iran with her family intact, but Nader insists on staying behind to care for his ailing father.

After Simin files for divorce and returns to her parents, Nader hires a young woman to care for his father. He soon comes to realize that more than just his marriage is at stake.

“Le Havre,” a comedy about an African refugee trying to avoid deportation from France, is slated for viewing on Saturday, Oct. 20.

“In a Better World,” a Danish film about how two friends whose relationship is challenged by an act of revenge, is scheduled for Saturday, Nov. 17.

All films in the series are free and sponsored by MTSU International Affairs and MT Student Programming.

For more information, contact the Office of International Affairs at 615-898-2116.