‘MTSU On the Record’ spotlight.. 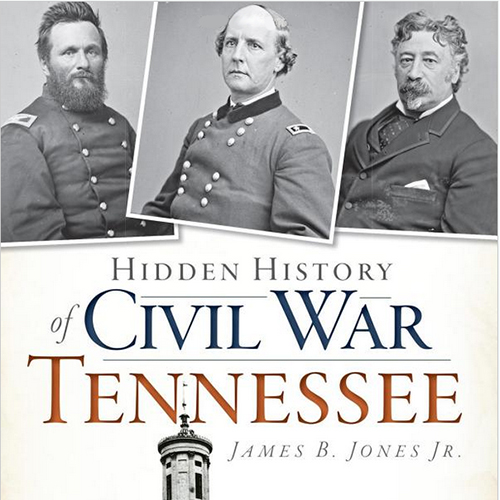 An MTSU alumnus who has chronicled little-known stories about Tennessee during the Civil War was the guest on a recent edition of the “MTSU On the Record” radio program.

Host Gina Logue’s interview with Dr. James B. Jones Jr., a public historian on the staff of the Tennessee Historical Commission/State Historic Preservation Office, aired recently on WMOT-FM (89.5 and www.wmot.org ). You can listen to their conversation here.

Jones is the author of “Hidden History of Civil War Tennessee,” in which he documents the state’s wartime struggles with prostitution and venereal disease, guerilla activity and Gen. William T. Sherman’s occupation of the city of Memphis, among other issues.

Jones spoke of the the little-known 1862 incursion called Negley’s Raid, which occurred one month before the Battle of Stones River.

“As it turned out, the Confederates were so concerned about this raid where (the Union) came down the valley of the Tennessee (River) and fired a lot of cannon into the city of Chattanooga. The Confederate authorities thought that this was a major move,” he said.

Jones earned his Doctor of Arts degree in history and historic preservation from MTSU in 1983.