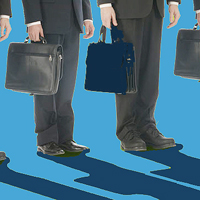 Some suggested at a congressional field hearing June 18 at MTSU that scrapping more than three years’ worth of new federal regulations, including the Dodd-Frank Act, Affordable Care Act and Environmental Protection Agency changes, is the answer.

U.S. Sen. Lamar Alexander said, however, that changing the federal budget process might be a start.

“An avalanche of regulations from the Obama administration has thrown a big wet blanket over the American economy. … We have all these pressures for *more* regulations,” the former Tennessee governor said, explaining that Congress often winds up forgetting what it regulated two years before and subsequently piles on more potentially unnecessary regulatory acts.

“I think the best structural way to defeat that process is to develop a two-year budget. … In the odd year, we would devote the entire time to oversight of the budget and repealing unnecessary laws. If we had that pressure going every other year, it would be a great force for regulatory reform.”

Testifying during the hearing along with Alexander were:

“Americans have a right to know that the money Washington takes from them is well-spent,” said committee chairman Darrell Issa, R-Calif. “Our responsibility is to … deliver facts to people and bring genuine reform to government.

“In the Volunteer State, we see many successful job-creation stories here. We understand that government has to be reined in and good laws have to be protected. At the same time, we cannot regulate ourselves into unemployment.”

A congressional field hearing on jobs creation gets under way in the Business and Aerospace Building on the MTSU campus.

Issa asked Corker, after comments from Haslam and Hagerty about Tennessee’s relative success during the nation’s economic crisis, whether he would start a company in the current business environment.

“Well, I like swimming upstream,” Corker responded, “but many of my friends say it’s very difficult. We build up a lot of bureaucratic levels as a country, and we need to be moving in exactly the opposite direction.”

Vireo’s Faulkner outlined the Madison, Tenn.-based company’s struggles with regulatory agencies in recent years. He said he could add six new jobs to the current 22-member operation if he weren’t waiting for a final determination—and possible fine—from an OSHA audit.

“Our current interaction with a regulatory agency boils down to ‘audit, review, fine and then potential for some combination of hindrance, threats and seizing of property,’ all in an adversarial manner,” Faulkner said. “The agencies succeed because most business owners are scared of the authorities.

“While a couple of jobs at our little business might be small potatoes, if that is multiplied across the nation by thousands of small businesses, it adds up to a serious squelching of the economic, job-creating activity of the very small businesses that the government says it is counting on and supporting to be the job creators to lead us out of recession.”

The public hearing was broadcast live on MTSU’s Educational Resource Channel. ERCMT airs on Comcast’s Channel 9 for Rutherford County subscribers and on the DTC-TV system for Cannon, DeKalb and Smith counties and in parts of Wilson and Rutherford counties.