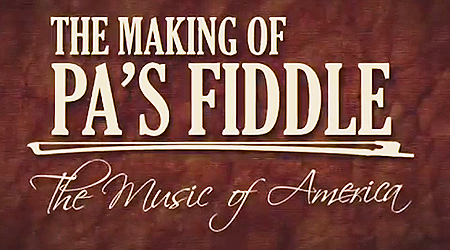 Public-television supporters and Little House on the Prairie enthusiasts nationwide can own a piece of musical history with MTSU’s imprint this month.

During the month of June, Nashville Public Television, or NPT, and more than 175 other Public Broadcasting Service member stations will be airing “Pa’s Fiddle: The Music of America” and offering DVDs and CDs of the old-time music performances as pledge-drive member gifts.

Dr. Dale Cockrell, director of MTSU’s Center for Popular Music and co-producer of “Pa’s Fiddle: American Music,” poses for a photo before filming begins for the PBS special at the Loveless Barn. (MTSU photo by Andy Heidt)

“Professor Tom Neff and I recruited a group of video-production students to do videotaping and editing of the behind the scenes and preparation for the concert,” explains Dr. L. Clare Bratten, associate professor in MTSU’s Department of Electronic Media Communication.

“We were so impressed with their level of professionalism; even the professional crew from Santa Fe Productions at first didn’t realize they were students! The students did this work outside regular classes—during winter break, weekends and spring break. Their level of commitment and the quality of their work was extraordinary.”

The “Pa’s Fiddle” project originated in a CD compilation of tunes played by Wilder’s father, Charles, in the beloved children’s books. Cockrell is the founder, owner and president of Pa’s Fiddle Recordings LLC, a record label dedicated to recording the music referenced in Wilder’s books.

A new CD, “Pa’s Fiddle: American Fiddler,” featuring a portion of the 127 songs mentioned in the Little House books, has been released in stores to commemorate the PBS special. It’s also available online at www.pasfiddle.com.

“I’ve been working on the ‘Pa’s Fiddle’ project for about 12 years now,” Cockrell says, “and sometimes it’s felt like we’ve been pushing that boulder up that hill every day. Now we’re finally at the top and get to share this music with everyone.”

Actor/producer Dean Butler talks about his work with the “Pa’s Fiddle: The Music of America” PBS special in an MTSU-created documentary.

“Dale loves traditional American music, and I love the stories of American pioneer life written by Laura Ingalls Wilder,” Butler adds. “Having this opportunity to share the music Laura recalled in her unforgettable novels is nothing less than a dream come true.”

The behind-the-scenes DVD features more comments from Cockrell, Butler and several of the artists.

“This is a wonderful learning experience for us all,” Neff said. “It’s a unique and wonderful way MTSU is tying the professional world to the student world. We’re always looking for real-world projects, so this is a great mix.”

PBS supporters can call their local stations or visit station websites during June for more information on the “Pa’s Fiddle” broadcast schedule and membership gifts. Locally, viewers can visit http://ow.ly/bhjoV to donate to NPT and order the “Pa’s Fiddle” gifts.

PBS stations can air the special during membership drives through 2014.

You also can listen to an interview with Cockrell, Bratten and Neff on the second segment of WGNS AM 1450’s “Action Line” program on June 18, available here. If you download the podcast, the “Pa’s Fiddle” segment begins at 15:30 and is almost 15 minutes long.