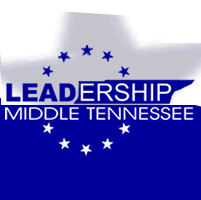 Thirty-one community and business leaders made up this year’s round of graduates from Leadership Middle Tennessee, program officials announced.

The 2012 Leadership Middle Tennessee class includes representatives of 10 counties, who participated in 10 one-and-a-half-day sessions focusing on a variety of regional issues and information presentations while visiting each of the member counties.

The program operates through the Jennings A. Jones College of Business at MTSU, and Susan Turner Taylor serves as executive director.

“Leadership Middle Tennessee brings community, business and government leaders together to work on a variety of regional issues. I am very proud of this year’s class; they will be instrumental in expanding the aspect of regionalism.”

Graduates of the 2012 Leadership Middle Tennessee class and their respective counties are:

Leadership Middle Tennessee was formed in 1999 as an initiative of Partnership 2000 to contribute to planned and sustainable economic and community growth and development in the fast-growing 10-county area. It works toward that goal with the participation of community leaders in an annual regional leadership program.

At its founding, Marvin Runyon, LMT board chairman, said, “The regional leadership institute was founded to help community leaders develop a unity of purpose and meet regional challenges with regional vision.”

Runyon, who passed away in 2004, was the former president of Nissan Motor Manufacturing USA, chairman of the Tennessee Valley Authority and U.S. Postmaster General.