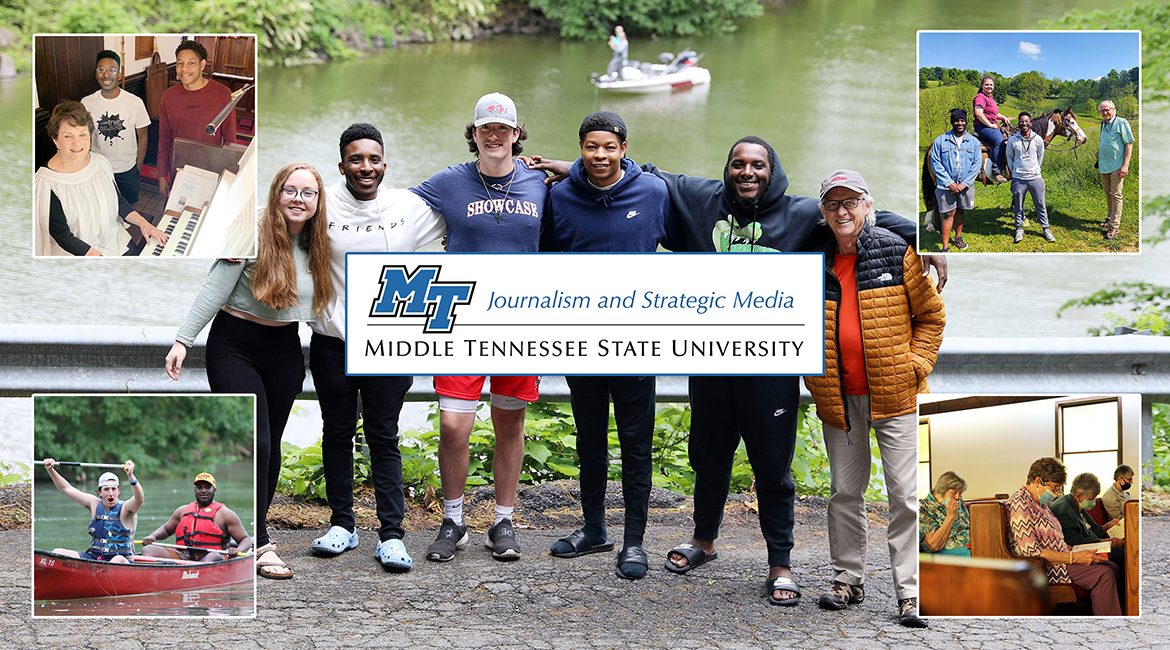 Students in MTSU’s School of Journalism and Strategic Media don’t need a passport to participate in a veteran journalist’s summer course, but they’ve sometimes felt as though they and their professor are traveling — and learning — in another country.

Leon Alligood teaches feature writing every summer, embedding a handful of students in a Tennessee community for a few weeks — much like he was embedded in Afghanistan and Iraq with the 101st Airborne Division 13 years ago, but with fewer bullets and helmets — to find and tell the stories of people and subjects they’d never see trending on social media or Tik-Toking in a viral video.

This summer, in what became the course’s eighth annual journalism “road trip,” five MTSU students traveled to Bristol, Tennessee, in a van with Alligood at the wheel, ready for the experiential, hands-on learning MTSU encourages for all its majors.

They brainstormed along the way, prompted by potential story ideas from Alligood and each other, then spoke with editors at the Bristol Herald-Courier about deadlines and other expectations for their projects.

For most, it was the first time they’d met a source for a story in person, much less met a deadline.

“It sounded really exciting and like something that would get me out of my comfort zone,” junior journalism major Cassie Clark of Drummonds, Tennessee, says of the course. “Except for a handful of people, I’ve done most of my interviews over the phone or Zoom, stuff like that, so this was the first time I was really out in the general public, talking to people face-to-face.

“What made me feel like I was really getting something out of it was actually talking to people face-to-face and realizing that most of the time, people are very nice and very willing to speak with you, and as long as you return that energy, it’s actually a really amazing experience to tell people’s stories that usually wouldn’t get their story told.”

One of the stories Clark told is the one about a small church in Virginia, its congregation reduced by years of relocations, retirements and deaths to a stalwart quartet, bequeathed an unexpected and astonishing $700,000 by a former member. The story and photos are available here. 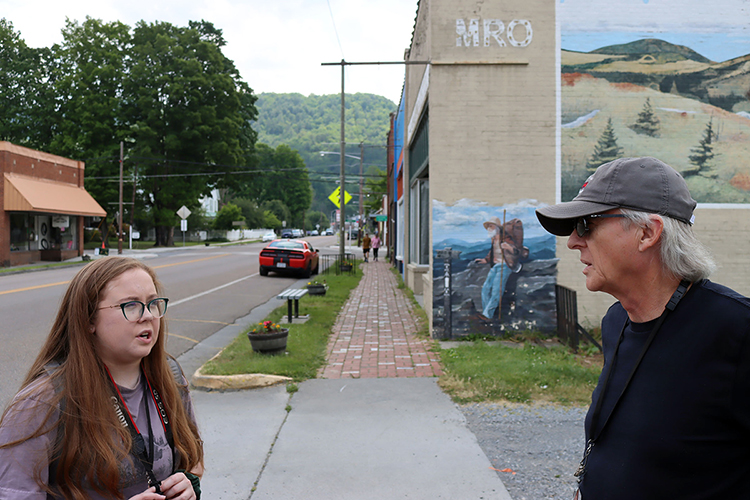 “Journalism’s always been an eyeball-to-eyeball business,” says Alligood, who’s still thrilled that his students were the first to report that church-donation story.

“The idea that all you need is your phone and a desk and you can find a story anywhere, a good reporter can, but a good reporter’s also one that’s worn out a lot of shoe leather, getting out on the street and knocking on doors. And my students, they need that experience of getting out in the real world, finding somebody to talk to.” 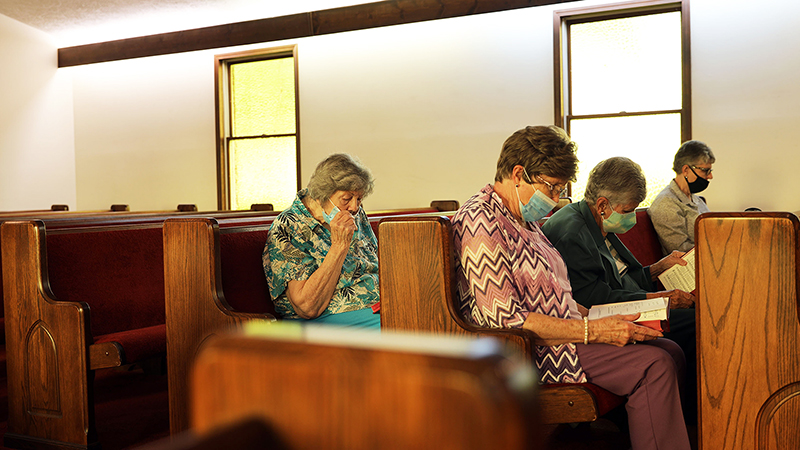 The four members of Tate’s Chapel United Methodist Church in Chilhowie, Va., study their hymnals during a May 23 church service. The tiny congregation, reduced by years of relocations, retirements and deaths, received an unexpected $700,000 windfall from a former member’s estate this year to do good works. Students from MTSU journalism professor Leon Alligood’s summer 2021 “Road Trip” feature writing class trip to Bristol, Tenn., were the first to report on the church’s news. Click on the photo to read the story. (photo courtesy of Jordan Cobbs)

Their experience also included communal living and meals, where they commiserated over each day’s adventures and planned for the next.

Alligood’s students have stayed in everything from bed-and-breakfast sites to National Guard barracks over the years, choosing their quarters more by wi-fi availability and proximity to their target community than comfort.

Grants from MTSU’s John Seigenthaler Chair of Excellence in First Amendment Studies in the College of Media and Entertainment fund the road trips each year. 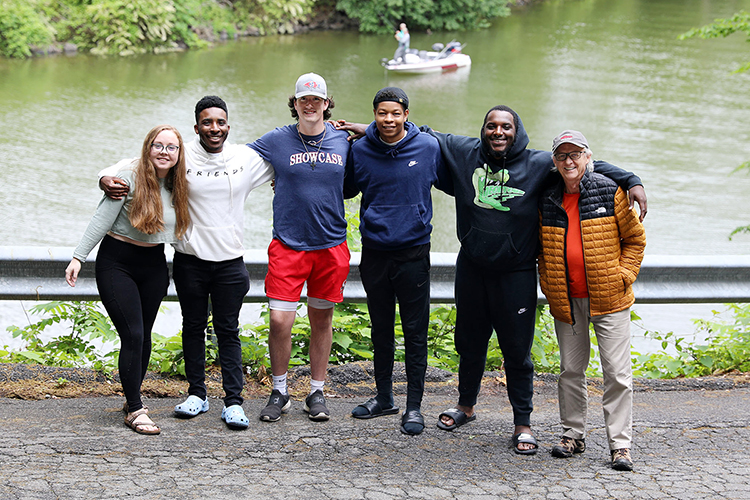 Alligood spent nearly 30 years as a reporter before joining MTSU’s School of Journalism and Strategic Media in 2008, including working at the Nashville Banner and The Tennessean and winning state, regional and national awards for his work. The Tennessee Journalism Hall of Fame inducted him as a member in 2017.

The immersive experience Alligood provided was a revelation for Clark and her colleagues, and she encourages other aspiring journalists to take the course.

“Leon was there with us every step of the way. He wouldn’t just let us go; he was there teaching us. But I also noticed how hands-off it was; we were actually writing the stories ourselves and we had deadlines and it was like it was real, if we were actually working for a paper,” Clark says.

“He told us that it would be, but actually experiencing it was kind of surprising. I expected to enjoy the class, but I didn’t expect to get as much out of it as I did. I feel like I grew in every aspect that I was supposed to grow in going there as a journalism student.”

That kind of lightbulb moment pleases Alligood. His former “road trip” students, who’ve met people whose stories have changed their lives, are now working journalists in multiple fields. Some are already winning awards for their work.

“Journalists are standing in the gap between ignorance and knowledge,” he says. “If we didn’t have journalists to tell us what happened …, who is going to tell us?”

After one student’s interview a couple of years ago with the late peace activist Hector Black, “the door had barely shut, and (the student) said, ‘I’ll never forget this day. Thank you so much for bringing me to see Hector. It was a great experience,’” Alligood recalls.

“Those times when these young adults are thinking much more maturely, and you get beyond all the drama of the average 20-year-old’s life and they start thinking about real-world issues and the light bulb goes on, that’s what I live for. That’s what I want them to take away from the road trip.”

To learn more about the College of Media and Entertainment, visit www.mtsu.edu/media. 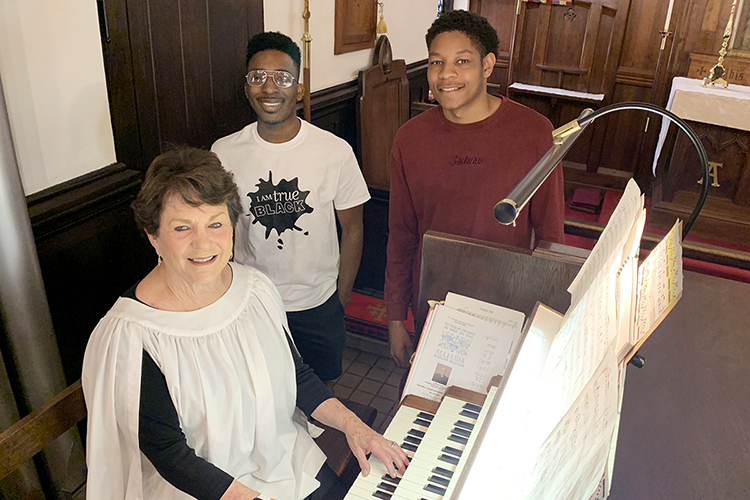