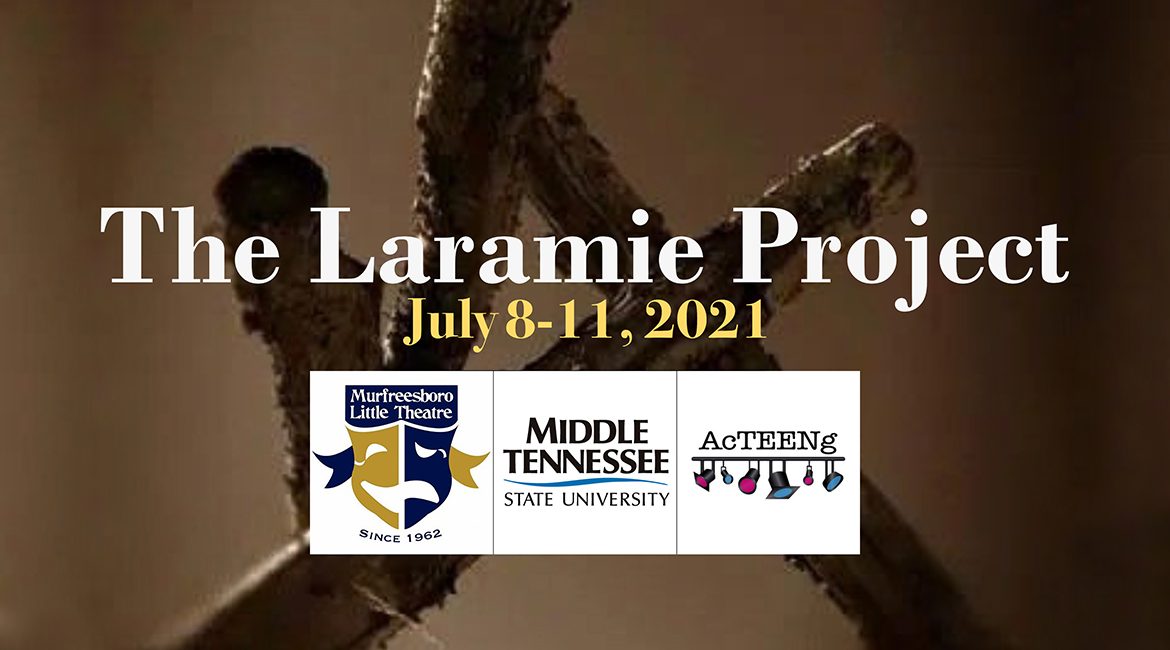 MTSU students, alumni and a professor are sharing their talents with the area’s oldest community theater company July 8-11 when the Murfreesboro Little Theatre ends its 59th season with a production of “The Laramie Project.” 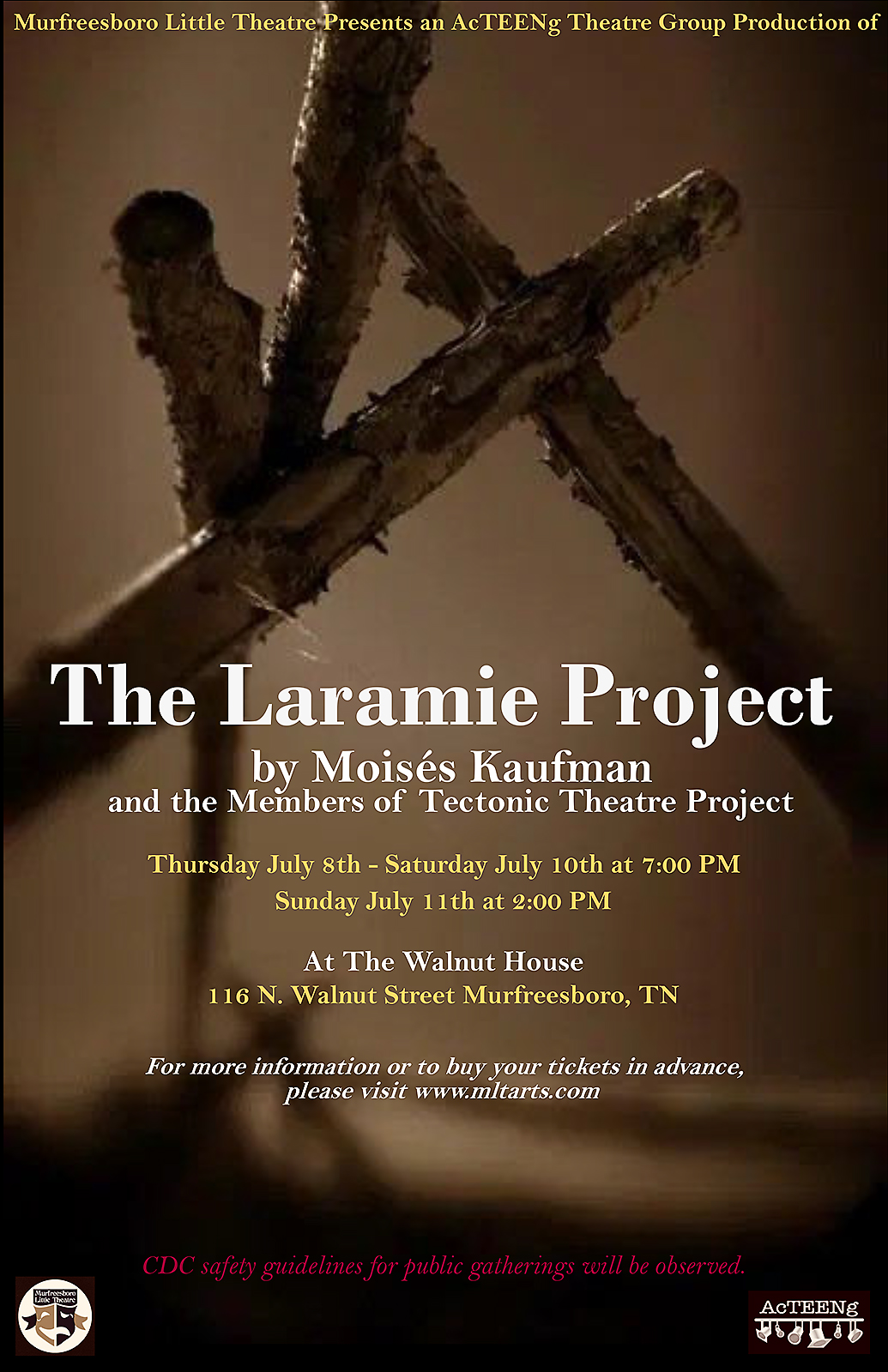 Click on the poster for information for the July 8-11 shows.

The MTSU-affiliated cast members include:

• Emma Hawkins of Murfreesboro, a junior majoring in theatre teaching licensure in the Department of Theatre and Dance.

• Abby Jackson of Murfreesboro, a junior vocal/general music education major in the School of Music.

• Lindsey Linville-Nave of Pulaski, Tennessee, a senior majoring in early childhood education in the College of Education.

• Ren Marasco of Murfreesboro, an MTSU English grad with a theatre minor.

• Laura Sanchez of Murfreesboro, a senior psychology major in the College of Behavioral and Health Sciences.

• Jamie Leigh Stevens of Nashville, a dual English and theatre grad of MTSU who’s also founder and director of operations for AcTEENg, which is teaming up with MLT for this production.

• Zoë Zent of Murfreesboro, a spring 2021 theatre grad of MTSU.

Helford, a professor in MTSU’s Department of English in the College of Liberal Arts, is the technical adviser for the production. She also serves as director of the Jewish and Holocaust Studies Minor Program at MTSU and is a former director of the university’s Women’s and Gender Studies Program.

Tickets are $10 general admission, $7 for students and senior citizens, and $5 for MLT members. For reservations and more information, visit https://mltarts.com or call 615-893-9825.

“The Laramie Project” began in 1999, when members of the New York City-based Tectonic Theater Project and their artistic director, Moisés Kaufman, spent about 18 months interviewing more than 200 people, most residents of Laramie, Wyoming, about Shepard’s death.

Two men took the 21-year-old man, who was gay, from a Laramie bar to a rural area, robbed, pistol-whipped, tortured and beat him unconscious, then tied him to a barbed wire fence in below-freezing temperatures and left. Shepard was found 18 hours later, comatose, and died six days later.

His killers are serving life sentences in prison without parole. The crime drew international attention to homophobic violence and the need for hate crime laws at both state and federal levels and ultimately led to a 2009 expansion of the U.S. hate crimes act.

Combining the community reactions to the horrific crime with news reports and their own journal entries, the group created “The Laramie Project,” a three-act play first performed in 2000 in Laramie.

Its actors portray more than 60 characters who are part of the Shepard story, including the killers, community members, investigators, ministers, and friends, family and acquaintances of all three men.

For more information, visit the Murfreesboro Little Theatre website at https://mltarts.com or call 615-893-9825.

MTSU’s Department of Theatre and Dance is part of the university’s College of Liberal Arts. For more information about its programs, visit www.mtsu.edu/theatreanddance.