‘Joys of the Season’ marathon set for Christ... 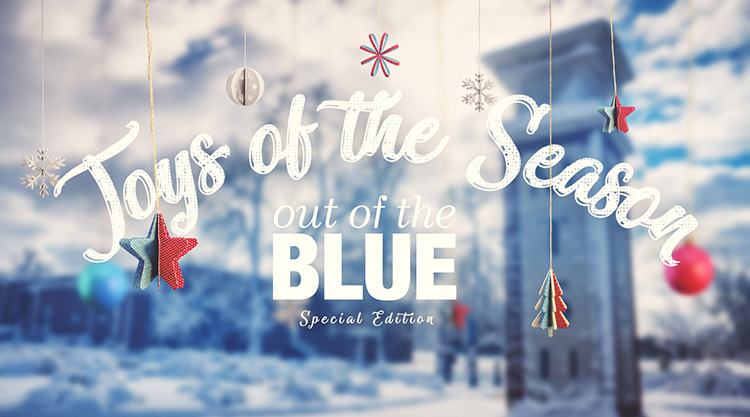 Middle Tennessee State University’s True Blue TV will feature a 24-hour marathon of the 2022 edition of “Joys of the Season,” the annual holiday-themed arts special that showcases performances by College of Liberal Arts students and faculty.

True Blue TV will begin airing the show at noon CT Christmas Eve, Dec. 24, and will conclude at noon CT Christmas Day, Dec. 25. This will be the second year that the university’s public affairs and live events television channel has preempted its regular programming for the marathon.

“We’re hoping our viewers will take a few minutes during that very special span of hours to enjoy the talents of our remarkable students and faculty,” said Ty Whitaker, the television station’s senior manager. “It’s the beginning of an annual tradition for True Blue TV.”

True Blue TV airs on Murfreesboro Comcast xfinity channels 9 and 1096; and channel 9.1 on the MTSU campus cable. It also airs as channel 195 on DTC in Alexandria; digital channel 206 on United Communications in Chapel Hill; and is among the PEG offerings found on channel 99 on AT&T U-verse in Middle Tennessee. True Blue TV is also streamed live on its website, www.mtsu.edu/truebluetv, as well as Roku, Apple TV and Amazon Fire TV.

“Joys of the Season” is a special edition of MTSU’s monthly public affairs show, “Out of the Blue,” hosted by Andrew Oppmann. College of Liberal Arts Dean Leah Tolbert Lyons again joins Oppmann as co-host of the holiday showcase, which features:

• Unique performances of “Carol of the Bells” and “God Rest Ye Merry Gentlemen” by the School of Music’s MTSU Chamber Orchestra, conducted by violin and viola professor Andrea Dawson, and “One Sweet Little Baby” by the premier singers of the MTSU Schola Cantorum, directed by vocal performance professor Raphael Bundage, director of choral activities.

• An opportunity to showcase the musical theatre abilities of theatre associate professor Kristi Shamburger’s MTSU Theatre students with a performance of “We Need a Little Christmas” from the Tony-winning Broadway musical “Mame.”

• An arrangement of “The Christmas Song” by the SOAL, or Soprano/Alto, Chorale, featuring MTSU alumna and jazz studies graduate student Julia Rich as guest soloist and senior music industry major Noah Huseman on piano. School of Music instructor and chorales director Angela Tipps directs the SOAL Chorale in this performance.

• The MTSU Steel Pan Ensemble, representing the School of Music’s Instrumental Performance Program, closing out the show with a rendition of “Sleigh Bells” specially arranged for the celebration by percussion faculty member Brian Mueller.

“Joys of the Season” began in 2015 as an evening of live performances and displays in Tucker Theatre to showcase the College of Liberal Arts’ performing and fine arts departments and to express the university’s appreciation to the community for its decades of support.

The program took a pandemic-forced hiatus in 2020. For 2021, as the health risks for public gatherings continued, organizers realized that they could reach a wider audience and keep everyone safer for future arts events by taking the 2021 “Joys” to the screen.

That first broadcast, which earned national Telly Awards for cultural programming and its opening segment, also generated such a positive response that MTSU chose to take its season’s greetings on television and online again for 2022.