Transfer student, Kaleb Stone, was told that, if he came to MTSU’s Theatre and Dance Program, he would never be cast as a leading role. That is not what Kristi Shamburger, MTSU professor and director of MTSU’s 2019 fall production, “Kiss Me Kate” had in mind – for his very first MTSU Arts production, I might add.

Stone starred as a leading role in “Kiss Me Kate” as Fred Graham, who is “kind of a sleazeball,” as Kaleb puts it. Describing his character, he states, “I think it just shows that everyone has kind of a cruddy part of them, but underneath are truly good.” Stone humbly admits in the video that he wanted any part in the play he could get his hands on. As a first-year transfer student, he did not expect the department to cast him with this role – “It was a huge surprise and a huge honor
to get cast as the lead in the production.”

After the play aired, Kaleb and his co-lead, Kamryn Boyd, were nominated by MTSU Arts faculty and the KCACTF program’s sponsor, the Kennedy Center for the Arts, to compete for the Irene Ryan award. Kaleb feels truly honored by receiving a nomination for his performance in MTSU’s Theatre and Dance Department’s 2019 show of “Kiss Me Kate” and is excited to compete. 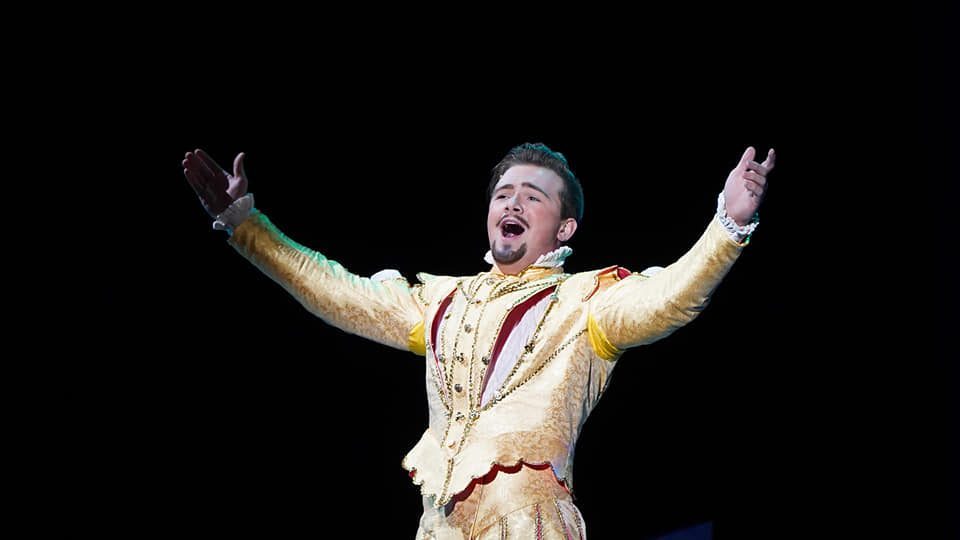 The student body of MTSU’s Department of Theatre and Dance is made up of 30% transfer students, and many current students and alums have graduated and made names for themselves in productions across the country. Tucker
Theatre is home to students who gain experience in technical skills, performance, and production. To learn more about what the department has to offer, upcoming shows and events, or how to call Tucker Theatre your home in upcoming semesters,
please visit their department page, available here.