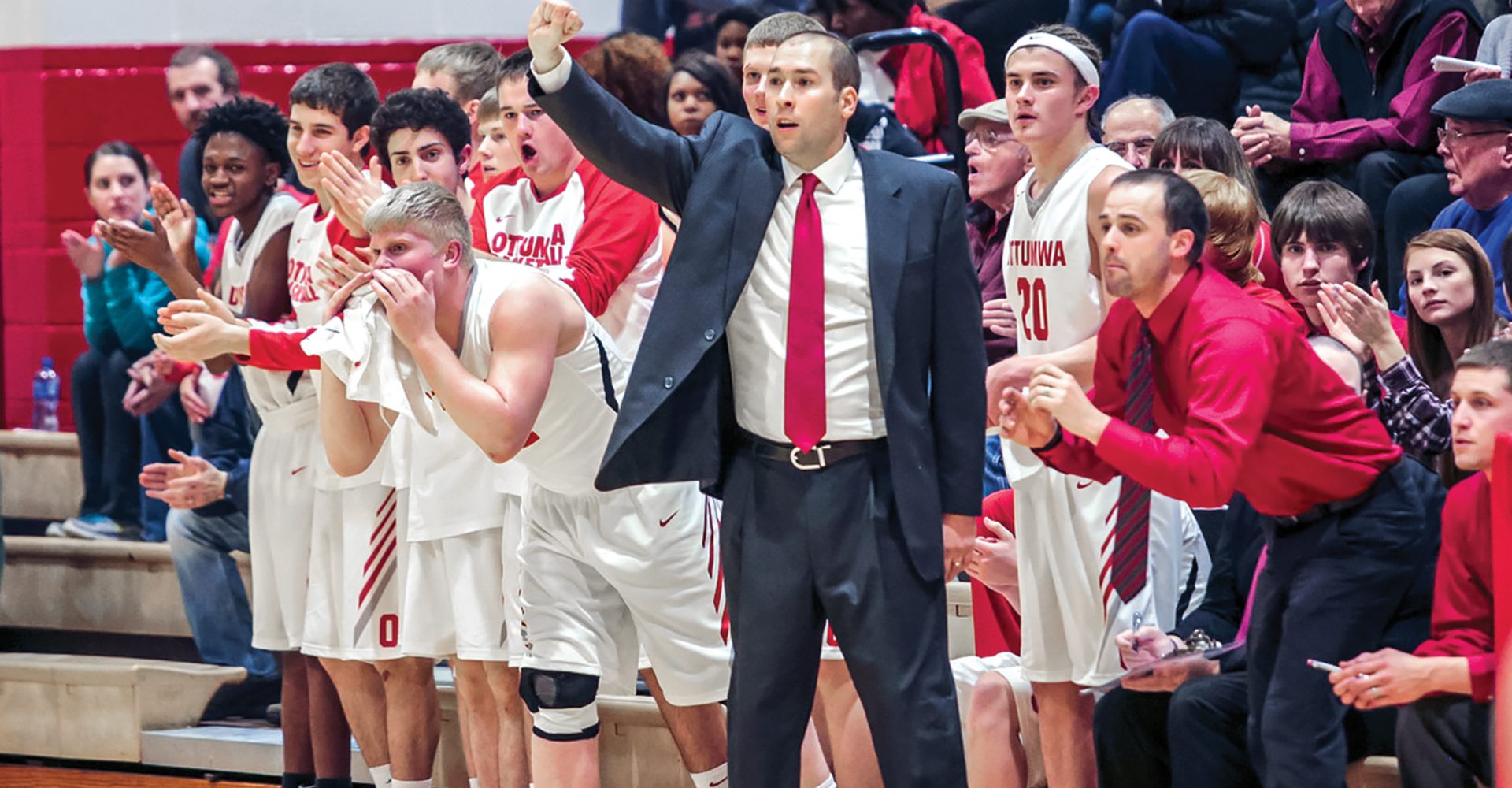 Much like he did on the MT hardwood, Kevin Kanaskie is still dishing out assists to student-athletes

Kevin Kanaskie spent his time assisting others during his record-setting basketball career as a dynamic point guard at Middle Tennessee (2005–09).

The well-rounded, personable Kanaskie continues to assist others to this day— currently as a secondary education teacher and boys basketball coach at Ottumwa High School in Iowa.

Kanaskie is a member of the program’s 1,000-point club as well as his 1,251 points rank him 14th most all-time. But for all of his successes at Middle Tennessee, there is one thing Kanaskie would like to see happen.

“I want them to be broken,” Kanaskie said of his records. “I did promise myself when someone does break the assists record, I will be on the next flight to celebrate.”

“He is a great player who will be a four-year starter and is already off to a great career,” Kanaskie said. “I want all of the school records to be broken and the program to keep moving forward.”

Kanaskie is undoubtedly one of the players who helped lay the foundation for Middle Tennessee’s current success. One of head coach Kermit Davis’ earliest recruits, Kanaskie proved to be a steady force and a reliable standout as a player.

“There have been a lot of terrific players come through here, but if there is one guy who epitomizes what I stand for and what our program stands for, it’s Kevin Kanaskie,” Davis said. “Kevin is a player who maximized his potential every day. He came in against the odds, and he beat out everybody and never lost his job.”

Kanaskie is still battling the odds— and winning. He and his wife, Jessica, married in the Cayman Islands in 2014. Their daughter, Meredith, was born prematurely at 26 weeks old on Oct. 26, 2016, and has the same heart and fight as her father.

“She was 14 weeks early and weighed 2 pounds,” Kanaskie said. “She was transported to an out-of-town hospital and spent 66 days in the NICU. Through the tremendous support of our team of doctors and nurses, we were able to bring her home on New Year’s Eve without any major health concerns. She is a true blessing and miracle.”

As a high school coach at Ottumwa, Kanaskie faces another type of challenge. He coaches at the largest high school in southeast Iowa, which also happens to be in the poorest community in the state.

“We have a lot of challenges; but seeing our players improve and better their lives is amazing,” Kanaskie said. “I always wanted to be a coach. I really enjoy it. Watching a kid improve and mature over four years of high school is what motivates me.

“The game of basketball has done so much for my life and has opened up so many opportunities. Being able to teach the game is truly an honor for me. I wake up every day happy and excited to go to work.”

Kanaskie benefits from having learned from several coaches he admires, such as his dad, Kurt, and his former college coach, Davis. Kanaskie and Davis remain in contact to this day.

“I talk to coach probably once a month,” Kanaskie said. “I’m really happy for him. I believe if you work hard, you will be successful, and no one works harder than Coach Davis.

“When I played for him, I knew it was only a matter of time before he made MTSU a nationally known basketball program. I know firsthand how hard the coaching business is and admire how loyal Coach Davis has been to MTSU.

“It is very rare that a coach stays in one place for 14 years and cares about his players more than winning games. A lot of people only see Coach Davis as a high-intensity guy who yells all the time during games. He does a lot for his players off the court that no one knows about.”

As evidenced by his familiarity with Dixon’s play, Kanaskie still follows the Blue Raiders religiously, along with Air Force, where his dad coaches, and Truman State, where his younger brother plays.

For his part, Davis said Kanaskie’s success in life does not surprise him in the least.

“Kevin was the ultimate teammate you could count on every day,” Davis said. “Kevin has a tough job at his high school. They are limited talent-wise and he fights it every day, but those kids will learn from him and learn how to do things the right way. Kevin is a guy who did everything right all of the time. He was a winner at Middle Tennessee, and he continues to be a winner in every area of his life.”

A key to Kanaskie’s success clearly stems from his willingness to share his talents, his wisdom, and his passion for the game. Much as he did throughout a brilliant Blue Raider career, Kanaskie continues to dish out assists in life.