The Art of Sound: Teaching fil.. 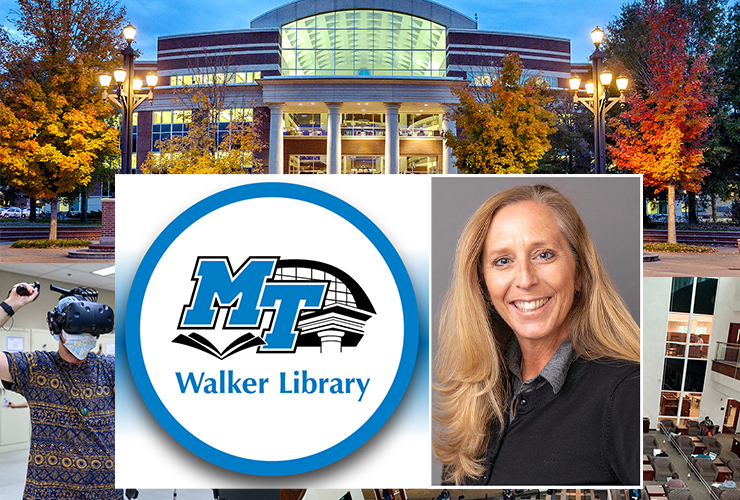 When Kathleen Schmand was a student at the University of Pittsburgh, her father invited her to spend Thanksgiving with him in Murfreesboro, telling her she had to see Middle Tennessee State University during her visit.

Schmand’s father, a Navy veteran, had moved to Murfreesboro in 1995 because of his interest in the area’s Civil War history and access to the Alvin C. York Veterans Administration Medical Center.

As of Jan. 4, Kathleen Schmand is the new dean of MTSU’s James E. Walker Library following a nationwide search. Although her father has died, Schmand said she is excited to be back in Murfreesboro.

“I know he would be so excited to see that I’ve circled back around and now landed at MTSU for a new position, and particularly a position as dean,” Schmand said.

Schmand comes to MTSU from Northern Arizona University, where she had been director of development and communications for that institution’s library since 2006.

“I’m excited that Kathleen has joined us as dean of Walker Library. With long and varied experience in library leadership, she emerged from a highly competitive national search,” said University Provost Mark Byrnes. “Kathleen will undoubtedly help our excellent library continue to move forward.”

Libraries have been a part of Schmand’s academic life ever since she was an undergraduate at the University of Southern California. She worked in the library for four years as a student and took a staff position in the library after graduation.

“I loved the people, how the information was organized, what it meant to make sure that people have the right information,” Schmand said.

After obtaining her master’s degree from Pitt, where she also worked in the library, she obtained her first professional library position at Northern Arizona. She started as a shared resources/document delivery librarian, holding a variety of positions over the years, including interim associate dean.

Schmand said she sees libraries as always changing in order to maintain their momentum.

“It’s one of those institutions that just can’t stay the same because people are using information differently,” Schmand said. “It’s being produced at much more significant rates than it has been in the past.”

Given the variety of formats and delivery methods used to convey information today, Schmand said she sees the librarian’s job as one of making sure the user knows what’s relevant, authentic and accurate. 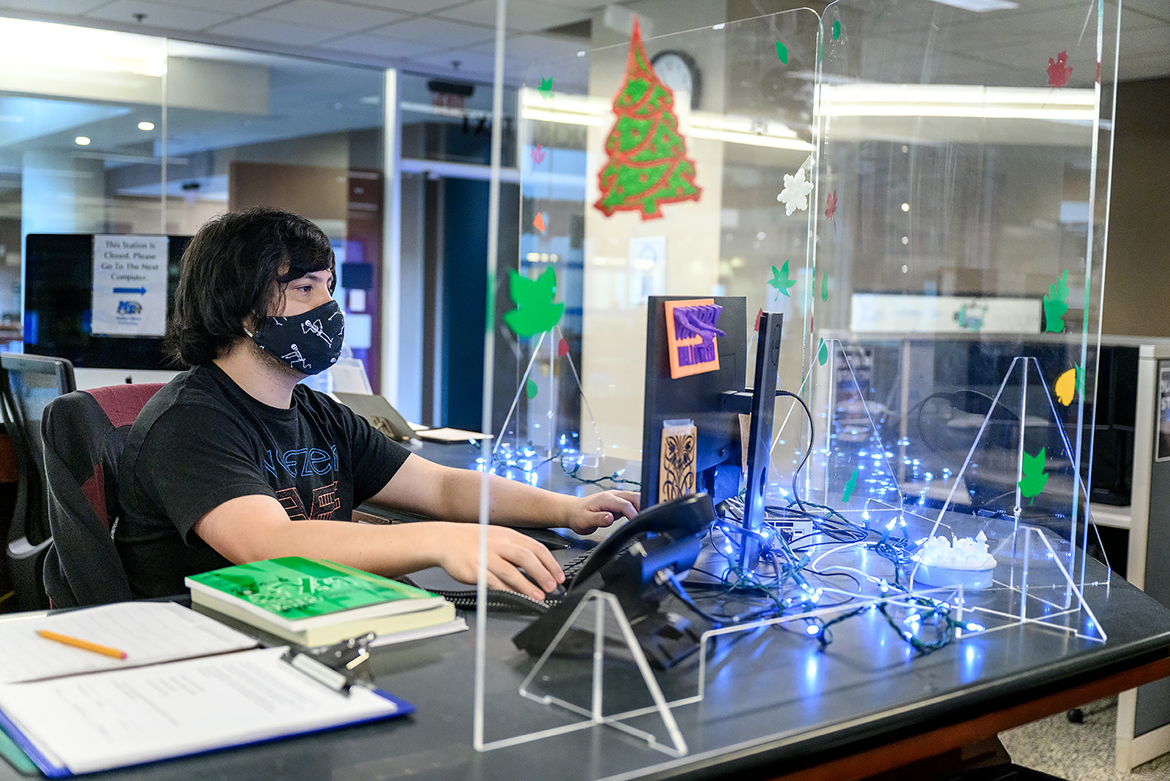 In this fall 2020 file photo, Sean Strickland, a student worker at the James E. Walker Library’s Makerspace service area, staffs the help desk behind plexiglass shields while wearing a mask to adhere to pandemic safety protocols. Figurines made with Makerspace equipment adorn the shields. (MTSU photo by J. Intintoli)

“Libraries have a tremendous opportunity and responsibility, I think, to help guide the user on how to navigate that world of information because it just seems to keep increasing,” the new dean said.

One of Schmand’s interests is the kind of technologies used in areas such as the Walker Library’s Makerspace. She said she thinks it’s important to monitor those technologies, including virtual reality, with an eye toward classroom learning opportunities.

“Does it enable them to kind of experience and explore things that they might not otherwise be able to do?” she said.

While at NAU, Schmand helped launch a fundraising project for library-housed student textbooks. Through a crowdfunding effort, she helped raise just over $6,000 for one-time purchases of electronic textbooks for specific courses.

“Since 2006, (the price of) textbook materials have increased over 190 percent,” Schmand said. “They’ve gotten a little bit better in the last couple of years, but it is by no means where it needs to be for students.”

When it comes to fundraising, Schmand believes every potential donor has a stake in the library’s future.

“While there are no graduates of an academic library, everyone graduates using the library,” Schmand said.

For more information about the James E. Walker Library, go to https://library.mtsu.edu.