‘MTSU On the Record’ soars through story of aviati...

“MTSU On the Record” celebrated National Aviation History Month on the radio program by spotlighting an important aviation pioneer in MTSU history.

A 1943 graduate of Middle Tennessee State Teachers College, as it was then known, Anderson took her first solo flight in 1942 at age 21.

She was one of the driving forces in convincing the Tennessee Board of Regents to create an aerospace science major at MTSU. 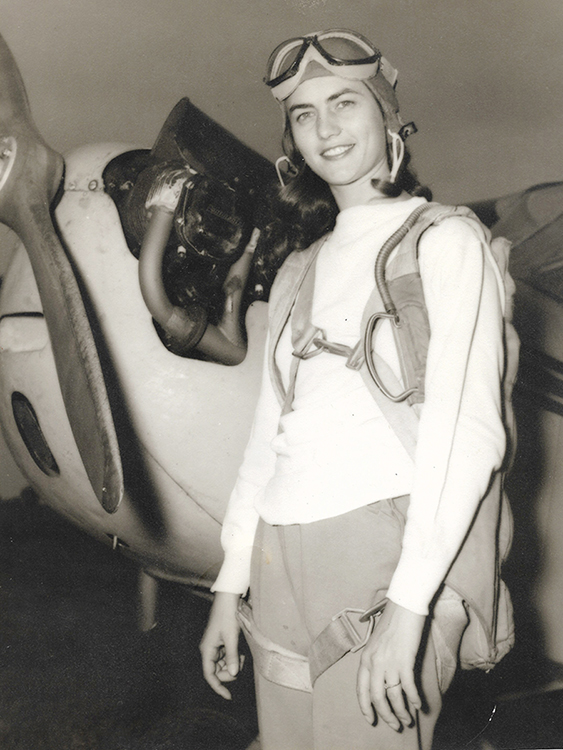 Mary Anderson prepares for her first solo flight in a Piper J-3 Cub at Murfreesboro Airport in 1942. She went on to become an aviation pioneer who lobbied for an aerospace major to be created at MTSU.(Photo submitted)

Anderson also performed engineering work for several private firms, worked for the Tennessee Aeronautics Commission and was appointed associate administrator for policy and international aviation affairs for the Federal Aviation Administration in Washington, D.C., in 1978.

“One of the things that she wanted to get done that they (the FAA) finally did after she left was to put on planes a guidance system that prevented midair collisions,” Knott said. “She worked very hard while she was there with the FAA … to get that device put on every plane that went into the air.” 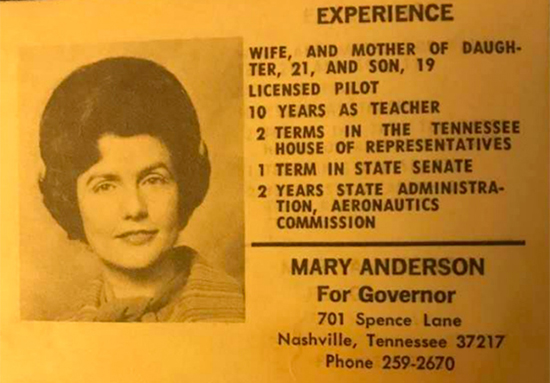 In addition to her aviation accomplishments, Anderson promoted the creation of a metropolitan government for Nashville and Davidson County.

This political activism brought her to the attention of local Democrats, who encouraged her to run for the Tennessee General Assembly.

She also launched unsuccessful runs for the Democratic gubernatorial nomination in 1970 and for mayor of Nashville in 1983. 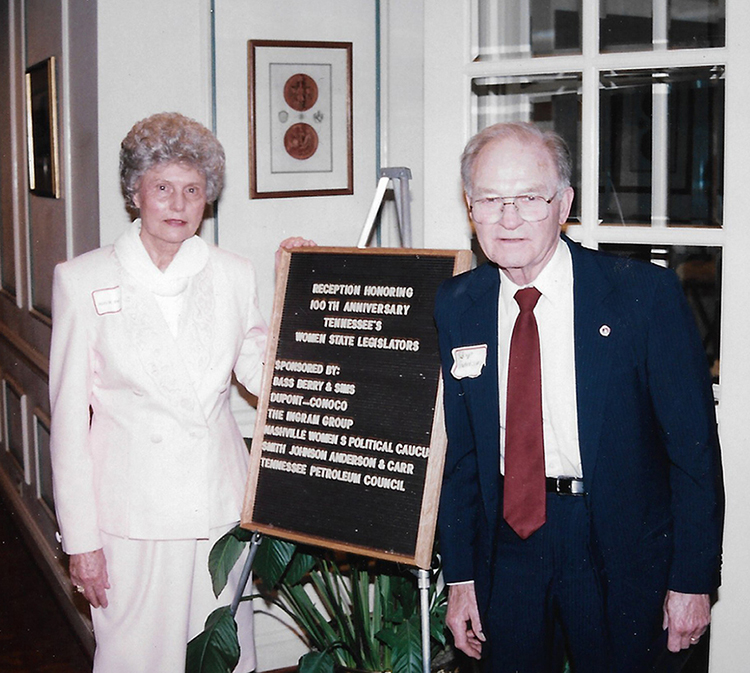 MTSU alumna Mary Anderson and her husband, Kenneth Anderson, attended a reception honoring the 100th anniversary of female legislators in the Tennessee General Assembly in Nashville in 1996. (Photo submitted)