Those attending the upcoming MTSU Lady Raiders basketball game against visiting UTEP later this week in Murphy Center will be in for a treat.

As part of Blue Raider Veteran and Military Appreciation Night at 6:30 p.m. Thursday, Jan. 30, there will be a special rappel demonstration by soldiers with The Sabalauski Air Assault School based at Fort Campbell, Kentucky.

The game ball will be presented to MTSU’s Keith M. Huber, a retired U.S. Army lieutenant general, who spent nine years of his 38-year military career with the 101st. He will then relay the ball to the referee. 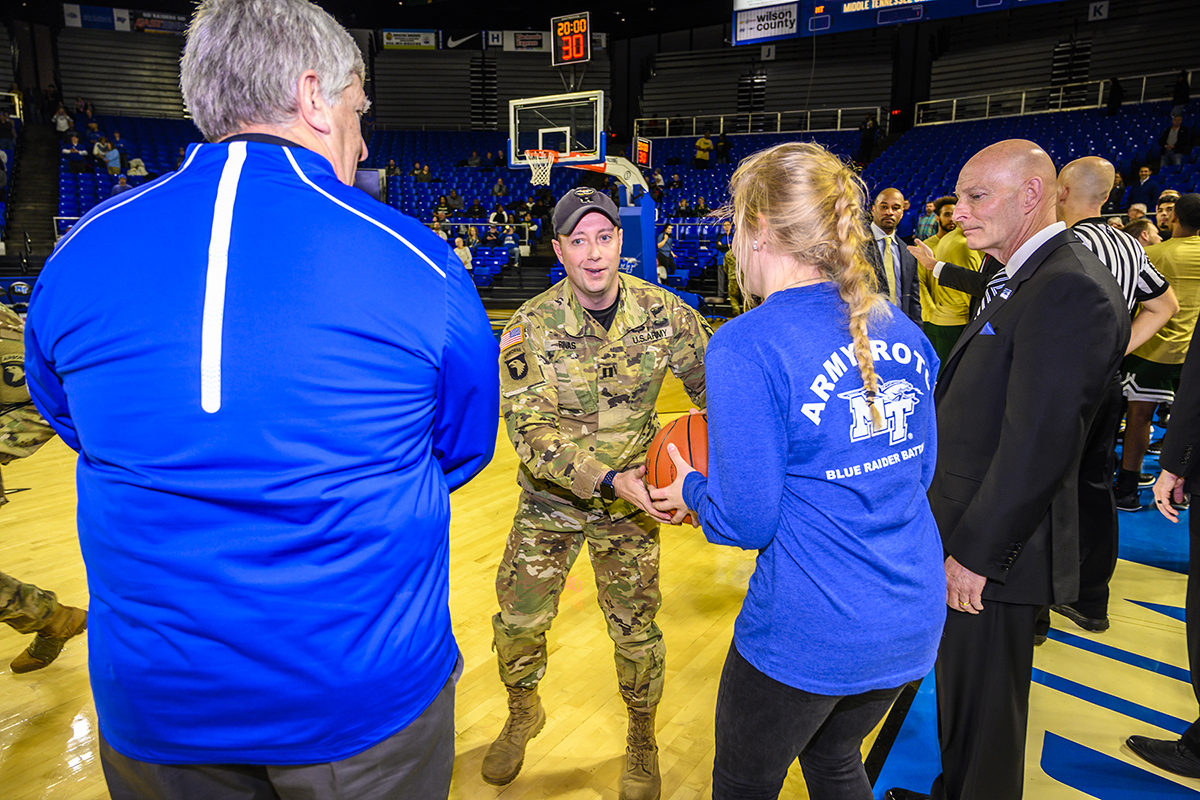 This marks the second consecutive year the 101st will send team members to an MTSU home game.

All military personnel and veterans will receive a complimentary ticket to the game. A military ID is required. For other tickets and prices, visit https://oss.ticketmaster.com/aps/mtsu/EN/buy/browse online or call the ticket office at 615-898-5261.

“This partnership between MTSU and the 101st is continuing,” said Hilary Miller, director of the Charlie and Hazel Daniels Veterans and Military Family Center.

“Few higher education institutions do more for the military and veteran community than MTSU and the Daniels Center,” Teague added. “We’re happy to support the university however we can.”

Following the announcement of the MTSU and UTEP starting lineups for the women’s game, more than 73 feet above center court and with lights dimmed, the first of three rappelling demonstrations by the 101st’s Air Assault team will take place.

The first rappel, called “Hollywood,” is a basic rappel that every soldier begins with at Air Assault School. The second, called “Combat,” has soldiers rappelling with their basic combat load — body armor, weapon and 35-pound assault pack.

The third, which is “Aussie” style, is the most advanced rappel and gives the soldier the ability to have a free hand as he or she continues to engage the enemy during their decent or, in this case, delivering the game ball to Huber, who is MTSU’s senior adviser for veterans and leadership initiatives. 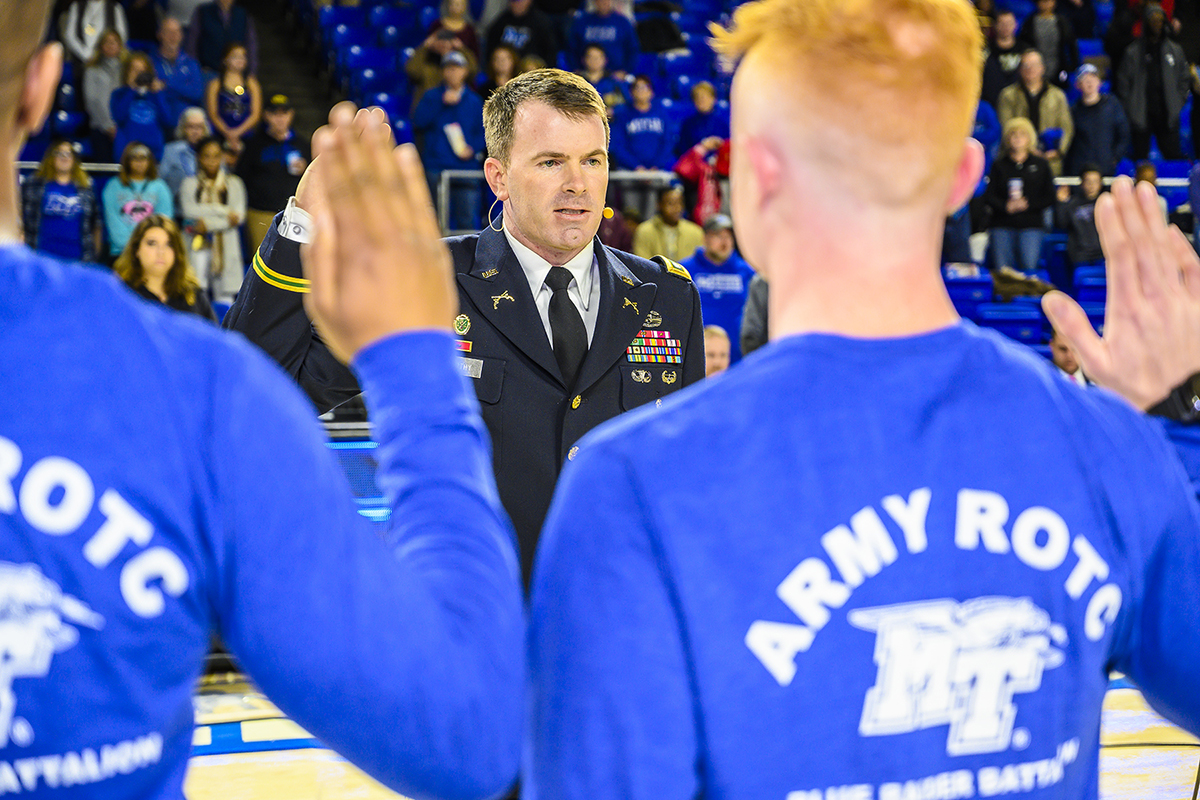 During the MTSU-Marshall University men’s basketball game in 2019, a POW/MIA seat in Murphy Center was dedicated.

Including military science, which is part of the College of Basic and Applied Sciences, MTSU has more than 300 combined undergraduate and graduate programs. 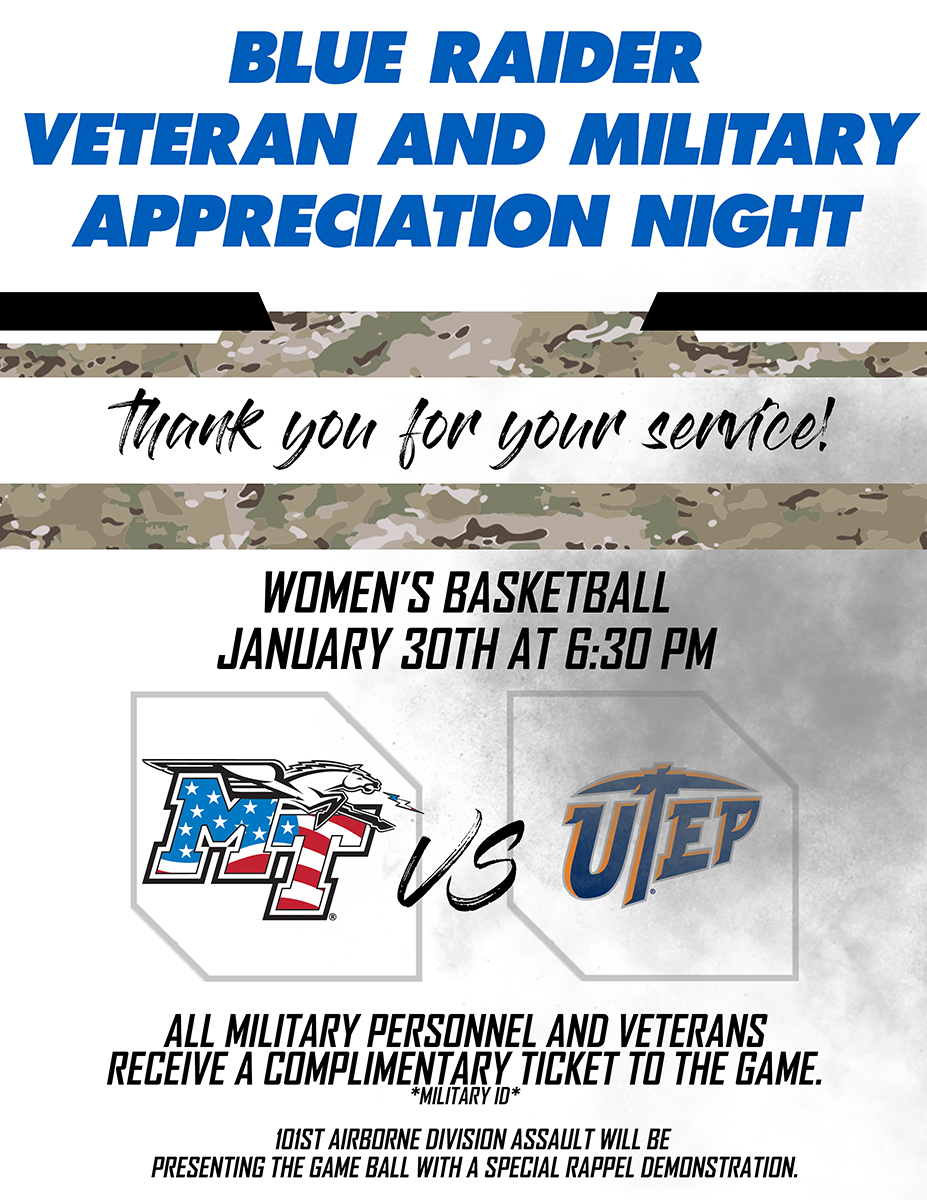