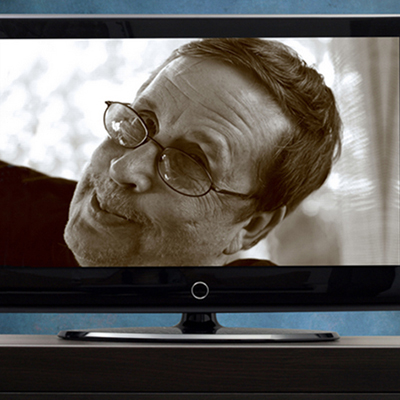 An MTSU English professor who’s made a successful career of analyzing the cultural phenomena of television is now looking at society’s new focus on the men and women who put their creative stamp on TV as authors.

Dr. David Lavery, author of analyses of “Buffy the Vampire Slayer,” “The X-Files,” “The Sopranos” and more, will speak Tuesday, Feb. 23,  in MTSU’s James Union Building.

His 6:30 p.m. talk in the JUB Tennessee Room, “The Imagination Will Be Televised: The Regeneration of Authorship on the Small Screen,” is the latest in a new speaker series sponsored by the MTSU Department of English and the College of Liberal Arts.

Lavery’s free lecture is open to the public. A campus map with parking notes is available at http://tinyurl.com/MTSUParkingMap.

In addition to teaching English courses at MTSU since 1993, Lavery also has served as director of graduate studies in English for the university since 2013. Before joining MTSU’s faculty, Lavery was an associate professor of communication and film studies at the University of Memphis and an assistant professor of English at Northern Kentucky University.

Lavery earned his doctoral degree from the University of Florida, completing a dissertation on imagination and the films of Federico Fellini. Winner of MTSU’s 2006 Distinguished Research Award, Lavery is the author of more than 150 published essays, chapters and reviews and the author, co-author, editor or co-editor of 22 books, including “Joss Whedon, A Creative Portrait: From Buffy the Vampire Slayer to The Avengers,” “TV Goes to Hell: An Unofficial Road Map of Supernatural” “The Essential Cult Television Reader” and “The Essential Sopranos Reader.”

He’s also the co-convener of international conferences on “Buffy the Vampire Slayer” and the work of Joss Whedon and on “The Sopranos,” co-founder of the Whedon Studies Association and founding co-editor of the journals “Slayage: The Online International Journal of Buffy Studies” and “Critical Studies in Television.” Lavery has lectured around the world on the subject of television and has been a guest/source for the BBC, National Public Radio, The New York Times and other international media outlets.

Lavery currently is collaborating with colleagues at MTSU and at the University of Salford, located in Manchester, England, on an international conference on the AMC network period drama “Mad Men” to be held in May at MTSU.

For more information about this MTSU English department lecture series, please contact Dr. Bené Cox in MTSU’s Department of English at 615-898-2921 or Connie Huddleston of the College of Liberal Arts at 615-494-7628.