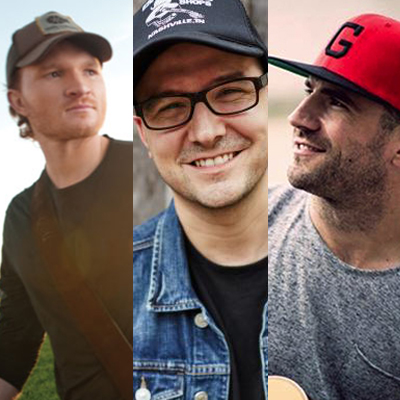 MTSU’s Grammy contenders aren’t bringing any statues back home from Los Angeles today, but they — and the university — continue making a big impact on the entertainment industry.

Alumni Luke Laird, a past winner, and past nominee Eric Paslay returned to the Grammys Monday night but were shut out by new favorites Chris Stapleton and Little Big Town in their categories.

Alumnus Paslay, also a multi-Grammy nominee, collaborated with Charles Kelley and Dierks Bentley on “The Driver” in the best country duo/group performance category.

Hunt, who attended MTSU 2003-04 and played football for the Blue Raiders, got media attention on the red carpet before the event at the Staples Center and in a New York Daily News list item, “Who is Sam Hunt, who turned heads during Grammy duet with Carrie Underwood?” after the show.

Laird earned his MTSU music business degree in 2001 and has seen more than 20 No. 1 singles and countless awards since he signed his first publishing deal in 2002. He was a 2015 Country Music Association Award nominee for Musgraves’ “Pageant Material” as well as a CMA song of the year nominee for co-writing Kenny Chesney’s “American Kids.” “American Kids” also was a 2014 Grammy nominee.

Paslay, a 2005 recording industry grad, was also co-writer of the 2013 Grammy song of the year nominee “Even If It Breaks Your Heart” for the Eli Young Band.

More than 30 Grammy Award nominations have involved MTSU alumni or former students and faculty from around the university in the last eight years. Seven have won Grammys so far, including four repeat recipients, in categories from classical to gospel to rap.

You can read more about MTSU’s visit to this year’s Grammy Awards events here.