‘MTSU On the Record’ researche..

‘Collage: A Journal of Creativ.. 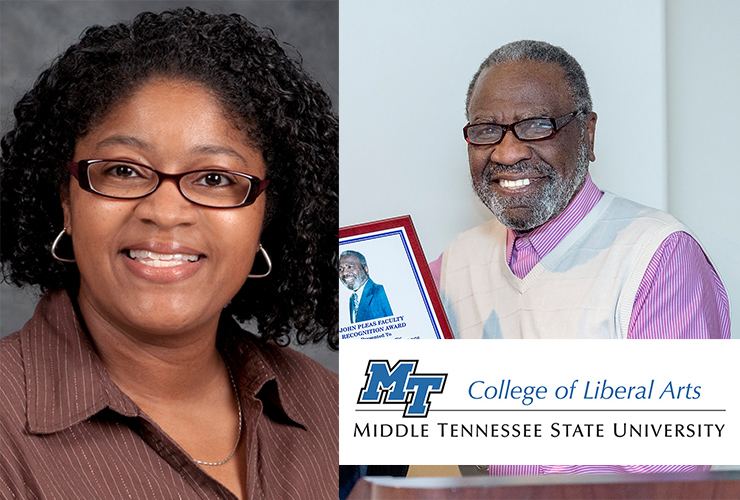 A member of the MTSU faculty will receive one of the university’s most cherished awards as part of its Black History Month celebration.

Leah Lyons, interim associate dean of the College of Liberal Arts and an associate professor of French, will receive the John Pleas Faculty Recognition Award at 4 p.m. Thursday, Feb. 13, in the Sam H. Ingram Building, 2269 Middle Tennessee Blvd. in Murfreesboro.

Lyons has taught French language, literature and film at the undergraduate and graduate levels since joining the faculty in 2001. She served as a visiting professor in Cherbourg, France, in spring 2008.

In addition, Lyons has taught contemporary African literature as part of the Africana studies program and the film studies minor. For two years, she served as director of the university’s Master of Arts in Liberal Arts program.

“Professor Lyons is a knowledgeable, respectful and compassionate teacher who is dedicated to the success of her students,” said Chantal Falavel, a graduate student majoring in French. “She genuinely cares about her students and her command of the subject matter inspires them to strive to reach their full potential.”

Lyons’ research interests include Francophone literature, film from Africa and its diaspora, women writers and gender theory. She has shared her expertise at conferences in the United States and abroad.

At present, Lyons is engaged in a project on the work of Senegalese filmmaker Moussa Sene Absa, who Lyons brought to MTSU as a distinguished lecturer in April 2019.

“Having closely collaborated with (Lyons) on a recent book project, I can say without a doubt that her exacting standards for academic excellence are only matched by her truly genuine and deep sense of collegiality, integrity and passion,” said Priya Ananth, associate professor of Japanese.

Lyons continues to work on several department, college and university panels, including the President’s Commission on the Status of Women. Her commission work includes service on a grant committee to integrate women’s experiences into the university curriculum.

The John Pleas Faculty Recognition Award is given annually to a black faculty member who has demonstrated excellence in teaching, research and service. Nominees should have completed at least five years of service at MTSU and have a record of outstanding service. Each candidate must have three letters to support his or her nomination.

John Pleas, for whom the award is named, is an MTSU professor emeritus of psychology. He received the university’s Outstanding Teaching Award in 1999. The award bearing his name was established in 1997.

The awards ceremony is open to the public. A campus map is available at http://bit.ly/MTSUParkingMap. Off-campus visitors can obtain a special one-day permit at http://www.mtsu.edu/parking/visit.php.

For more information, contact Daniel Green, director of Intercultural and Diversity Affairs and chair of the Black History Month Committee, at 615-898-5812 or daniel.green@mtsu.edu. 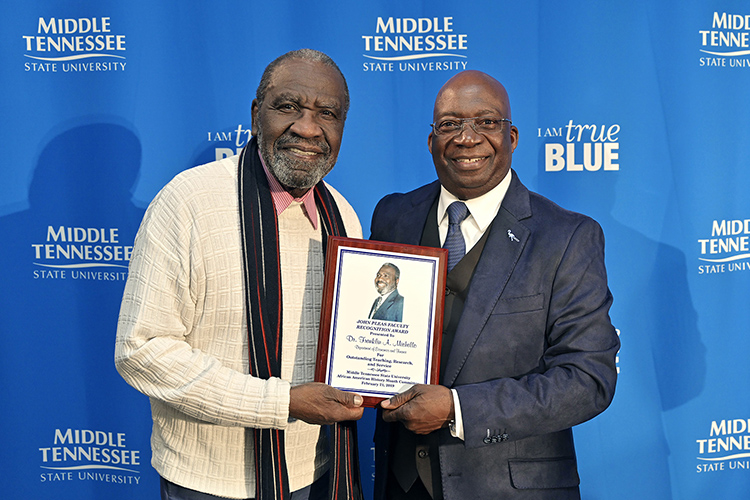