In the News: Rap music, stadiu..

‘MTSU On the Record’ honors a Tennesse... 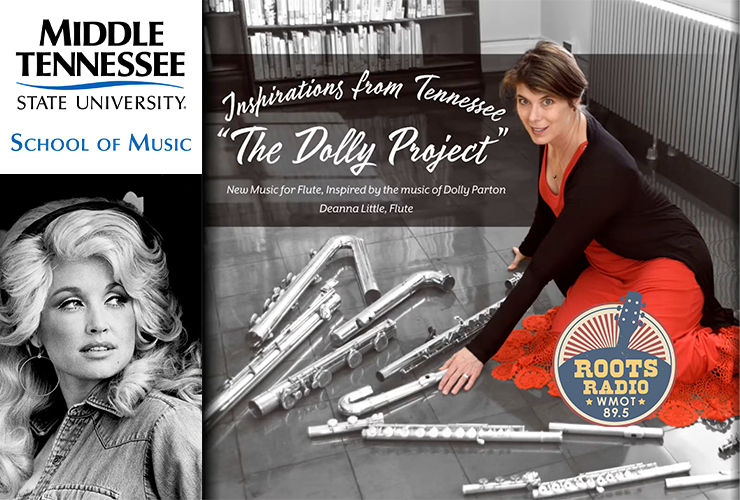 Sevier County native and country music star Dolly Parton, who will be inducted into the Rock and Roll Hall of Fame Nov. 5, has inspired an MTSU faculty member who was the guest on a recent “MTSU On the Record” radio program.

You can listen to their conversation via the SoundCloud link below.

Little received a grant for the endeavor in 2014, but she said it took five years to come to fruition, partly because they felt it would be counterproductive to rush the composers’ creative process.

“Some of them composed pieces in six months or even less, and others took longer,” Little said, “so that process took a couple of years to really get all the works done.”

Some of the song titles are homages to Parton’s repertoire and demeanor, including “Flute of Many Colors,” “Momma Made for Me” and “I Am a Rainbow for Solo Flute.”

“It was so rewarding, and I feel like the flute world has seven really fun and beautiful pieces,” Little said. “It was just a joy to actually see it all finally come together.”