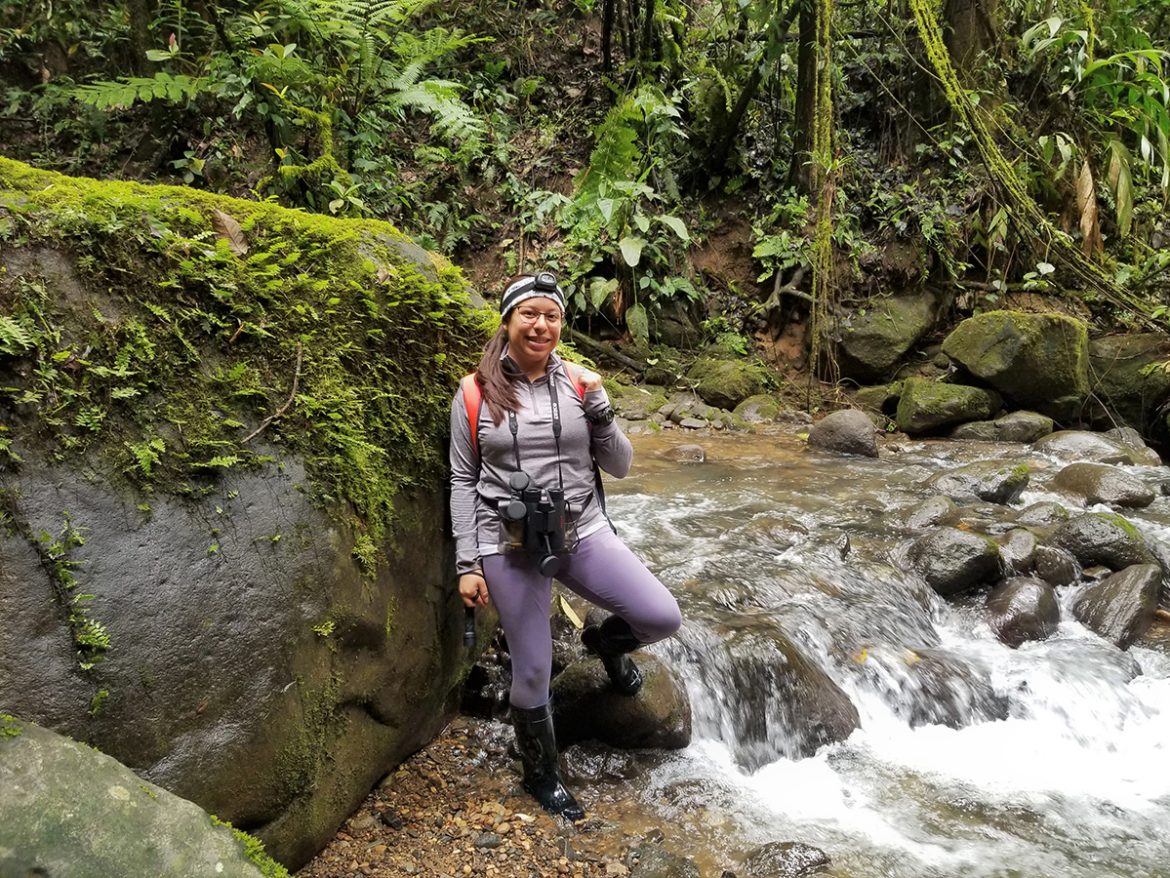 MTSU student Denise Ortega likes snakes. Actually, she loves snakes and lizards, contrary to most people having at least some degree of fear of them. As a young scientist, she appreciates and studies their existence.

An organismal biology and ecology major, Ortega has earned the prestigious Barry M. Goldwater Scholarship. The 22-year-old senior from Madison, Tennessee, is one of more than 400 U.S. college students from more than thousands of applicants to receive the distinction.

The scholarship is named after the late former U.S. senator from Arizona, who served in Congress for 30 years and had a strong interest in science and technology. It is among the highest awards undergraduates majoring in science can receive. 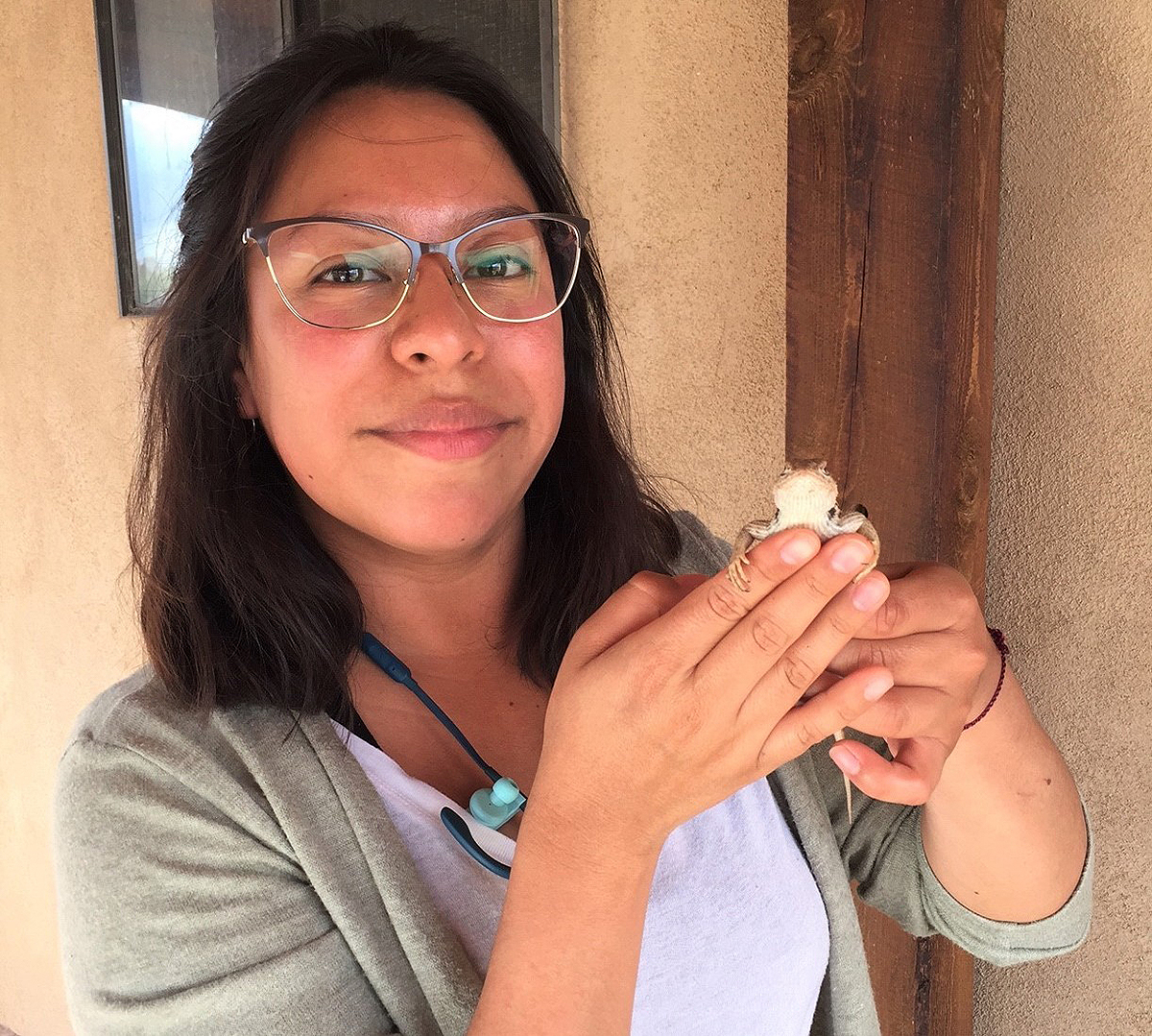 MTSU senior biology major Denise Ortega of Madison, Tenn., holds a lizard she was studying in 2019 while on a National Science Foundation research trip to New Mexico. Ortega has received a 2021 Goldwater Scholarship. She plans to graduate in December. (Submitted photo by Vera Ting)

“The Goldwater award serves as a firm reminder to me that I really am a scientist and that all my efforts to succeed academically have been worth it,” said Ortega, a bilingual, first-generation student originally from Ecuador who has completed two National Science Foundation research experiences for undergraduates, or REUs, at the University of New Mexico and Costa Rica.

“This scholarship pushes me to want more out of my research and it is a testament to all my hard work and the great people I have surrounded myself with,” she added. “The Goldwater has given me the opportunity to share my experience in STEM with others. I hope to encourage other minorities in the field to apply to Goldwater and similar scholarships that they, too, can obtain.”

Ortega said the Goldwater selection committee recognized her “dedication to strive in education, although the odds were stacked against me. I don’t have a traditional research background. I had no experience or knowledge about the field of science, but I sought out opportunities that could help me become experienced in my field of study.”

Planning to graduate in December, Ortega said she will use the Goldwater award of up to $7,500 to pay tuition, possible travel and research supplies.

“I am starting on a new lab project this fall, so I am very excited that I may be able to use these funds to buy supplies or cover expenses such as travel to research conferences that I may otherwise not be able to afford,” she said. “Goldwater gives me the opportunity to focus fully on my education and worry about finances less.” 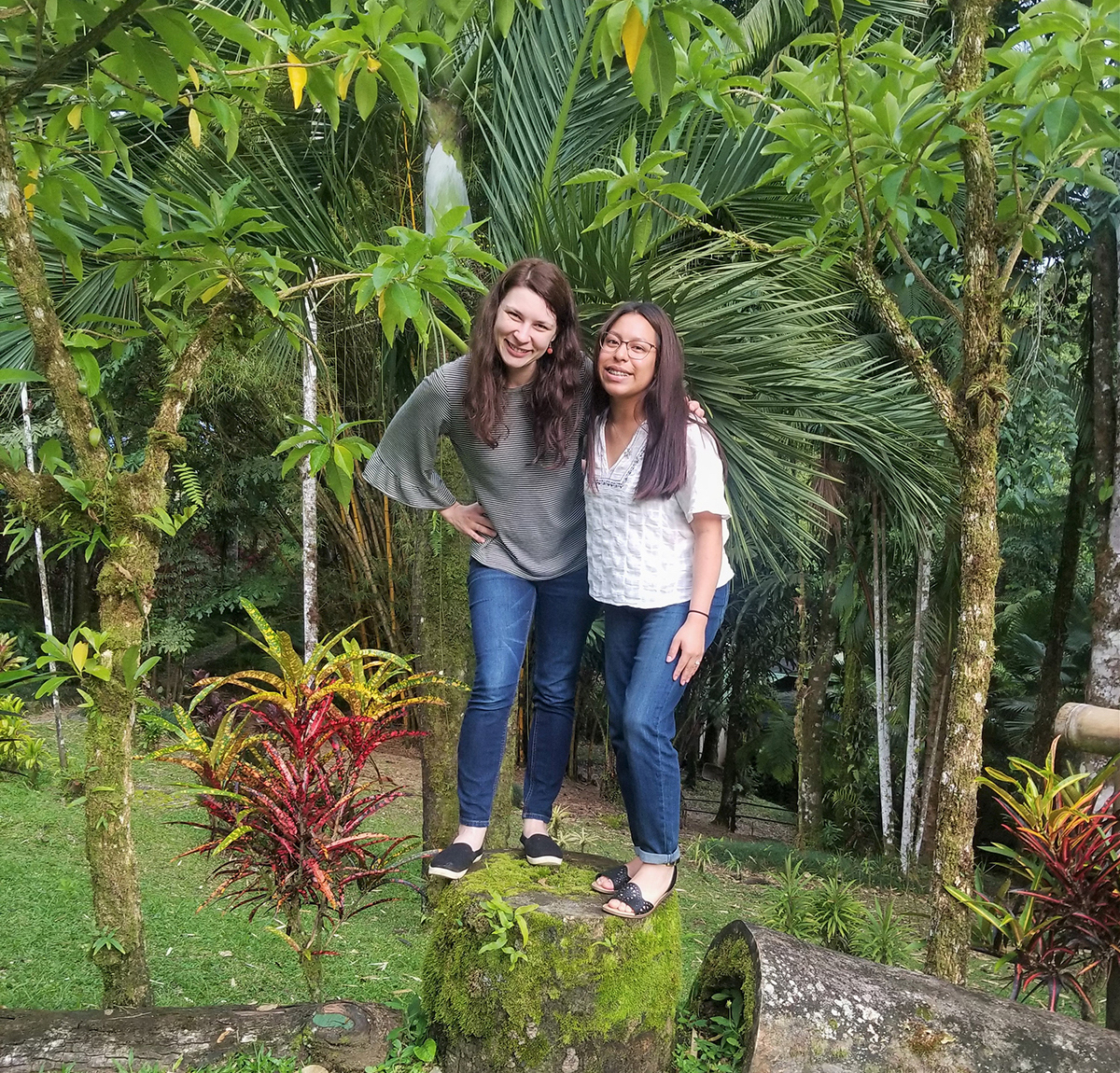 Mentor Lindsey Swierk, a faculty member at Binghamton University in New York, and MTSU senior biology major Denise Ortega studied the behavior of a water anole lizard endemic to Costa Rica for three months in 2019. Ortega is among more than 400 U.S. students to receive a prestigious Goldwater Scholarship for up to $7,500. (Submitted photo)

Helping others discover, enjoy her passion

Ortega has always loved nature. “My family was not surprised at all that I’d chosen something like this as my career. … they just didn’t expect reptiles and amphibians,” she said. “Like most people, they used to dislike snakes and weren’t too keen on lizards.

“I’m mostly proud that I have been able to educate them on their importance, so now they have a more positive view on them and are often coming to me for reptile questions. Both my family and friends are always so interested in my work and it’s so exciting that I get to share that with them and others.”

Ortega said MTSU “has shaped the person I am today. When I started in 2017, I was 18 and had no idea what I wanted to do in biology. Now, I have a solid idea of who I am: A scientist and woman in STEM,” the acronym for the fields of science, technology, engineering and technology.

MTSU faculty who are passionate about biology, mentors along the way and friends she has met through the trips to New Mexico and Costa Rica “have allowed me to become very open-minded to different cultures and beliefs. … MTSU created so many research opportunities for me that I will always cherish because of what I learned and the friendships I created,” she said.

‘An extraordinary student with a giving spirit’

Laura Clippard with the MTSU Honors College has assisted and advised 700 to 800 students applying for national awards (Goldwater, Fulbright and others) through the college’s Undergraduate Fellowships Office.

Clippard said Ortega “is an extraordinary student who mentors others and has a giving spirit. She recently published a first-authored natural history note in Herpetological Review that documents female water anoles performing an unusual social signaling behavior that is usually only seen in males of this species.”

A link to video of Ortega talking about her NSF research experiences for undergraduates is available here. 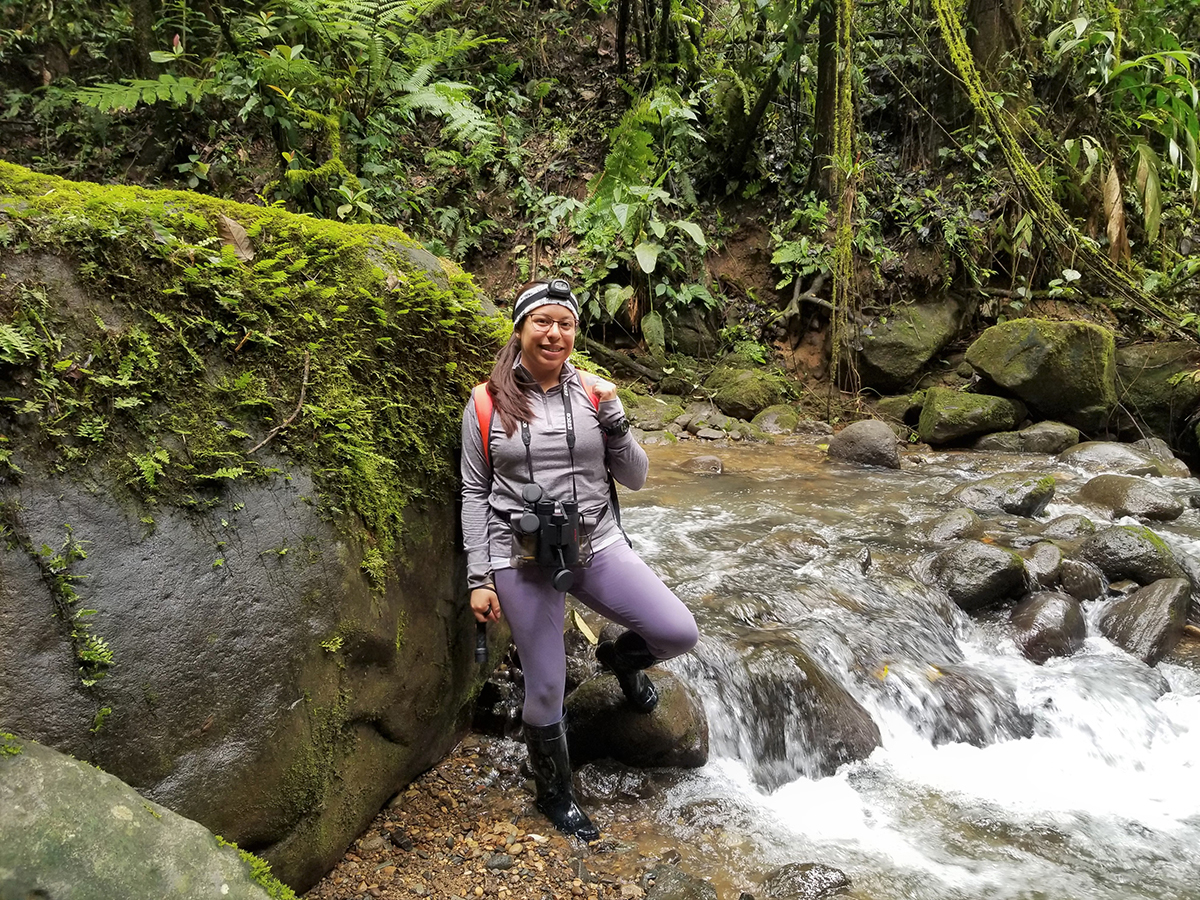 MTSU senior biology major Denise Ortega of Madison, Tenn., is shown while conducting lizard research at a Costa Rica river in 2019 while on a National Science Foundation research trip. Ortega, who has received a 2021 Goldwater Scholarship, plans to graduate in December. (Submitted photo by Janelle Talavera)