In the News: Free speech, mort.. 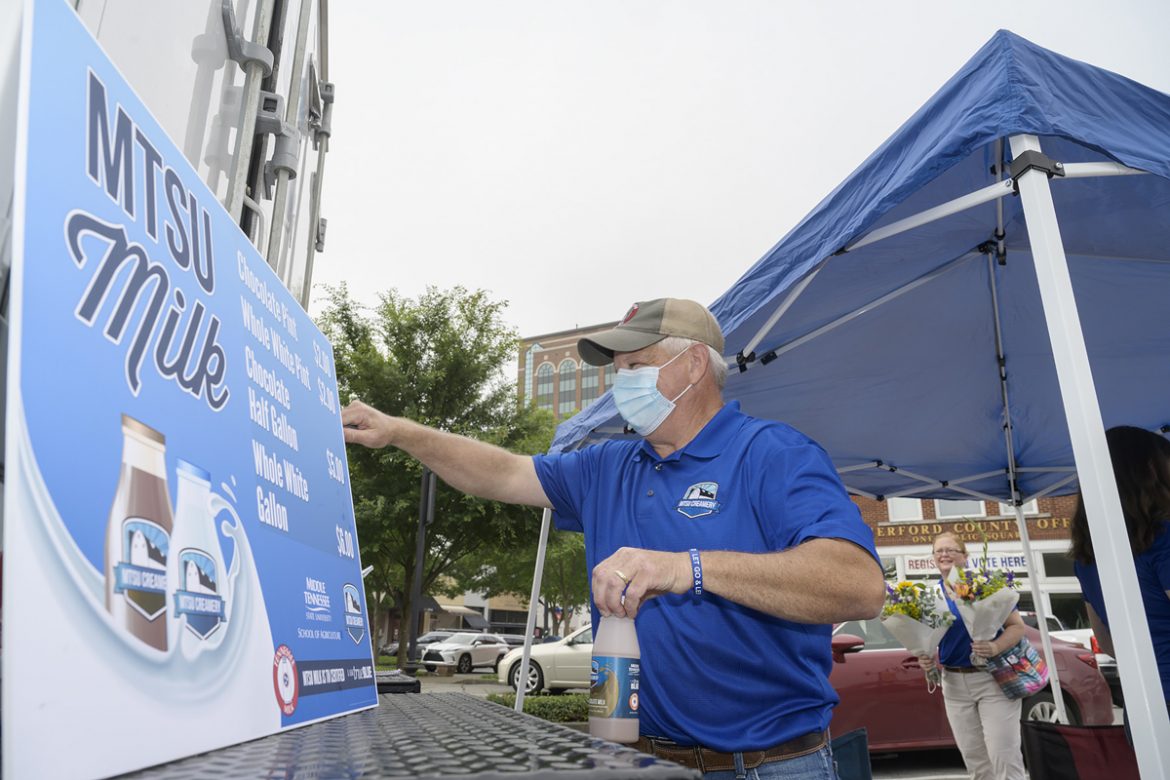 The Main Street Saturday Market resumes its annual summer and fall season from 8 a.m. to noon starting May 22 and continuing through Oct. 30, said Linda Weeks, Saturday market manager, who added there will not be a mask mandate in place this year, as COVID-19 protocols have been lifted 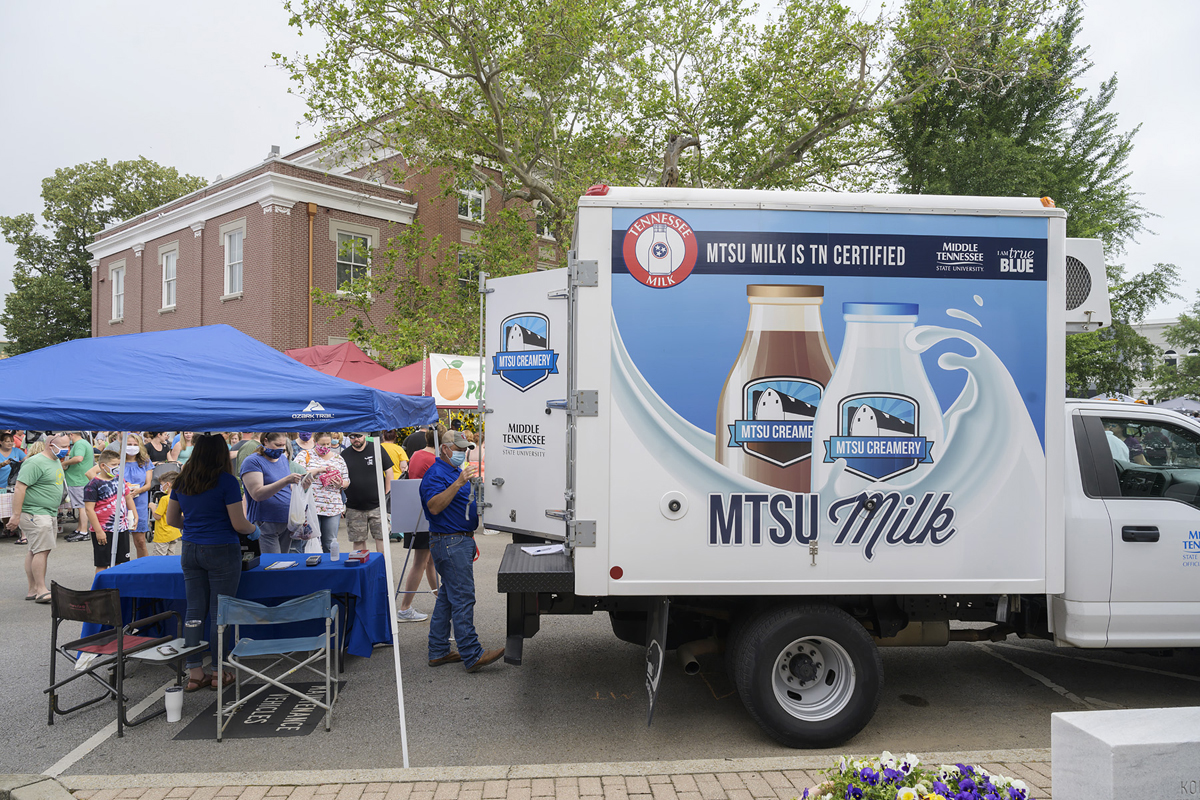 A number of Main Street Murfreesboro Saturday Market customers line up to purchase milk from the MTSU Creamery in this June 2020 file photo. MTSU sold out of milk in less than three hours in its first time to participate in the market, which runs from 8 a.m. to noon every Saturday until Oct. 30. (MTSU file photo by Andy Heidt)

“We’re excited to come back to the market and expect a successful year again,” said Matthew Wade, MTSU Farm Laboratories director, sharing how productive the Creamery’s first year turned out — selling going so well they continually ran out of milk and kept returning to campus to bring more back to the downtown square.

“Folks came every week to get their milk,” added Wade. “People were buying milk to support our agriculture department, even though they pay a little more for our milk.

“Kind of a neat thing, a lot of (MTSU) alumni and other folks had so many stories to tell us from years ago.” 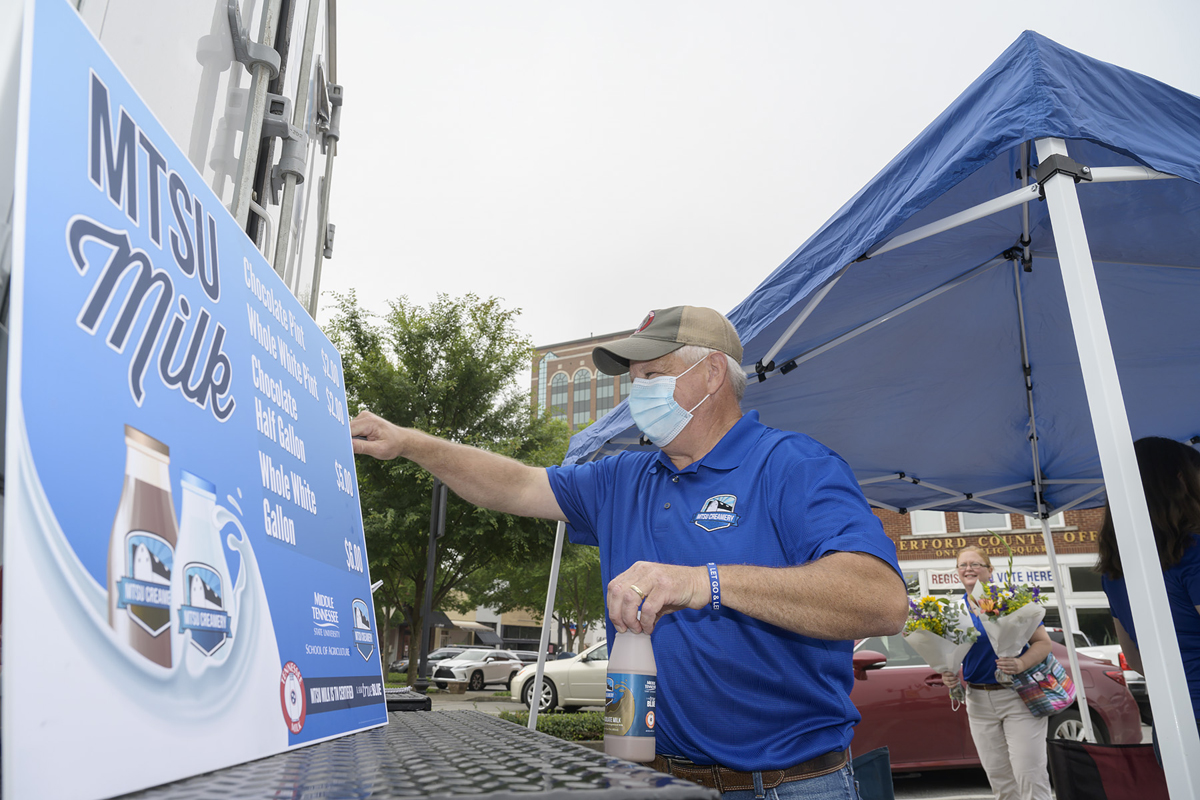 MTSU Farm Laboratories Director Matthew Wade opens the Creamery refrigerated truck’s back door to bring more chilled milk out for a customer following a sale in early June 2020 during the Main Street Saturday Market outside the Rutherford County Courthouse. The 2021 market season, which will run until Oct. 30, begins May 22. (MTSU file photo by Andy Heidt)

Another MTSU presence will be on hand some Saturdays with rising sophomore Sophie Buck, who will be one of the musicians performing often at the market. She plays fiddle and is a graphic design major who is minoring in music.

He added a frozen surprise — ice cream — may be in store, if not this Saturday, then in the near future.

“We have people waiting at 7:30 on market mornings to get milk,” said Weeks, a retired English faculty member at Dyersburg State Community College and Tennessee Board of Regents. “Kids, adults, grandparents — everyone wants milk.”

Weeks added that the MTSU student workers, Wade and Steve Dixon, the milk processing plant manager, “are some of the best representatives of MTSU I have ever worked with. They are positive and helpful, a great face on MTSU. The milk truck has the No. 1 spot (southeast corner near Church Street and East Main Street) at the opening of the market and is clearly one of the best attractions and best additions the market has ever had.”

Arriving minutes before the market’s opening allows other vendors to get in and get set up, Wade said. Vendors include The Hamery, Carter Farm Nursery, Heavenly Manna, a number of family farms with produce and meat, and more.

Weeks said the market is opening two weeks early “because vendors and customers wanted to have a chance to get early spring produce.” 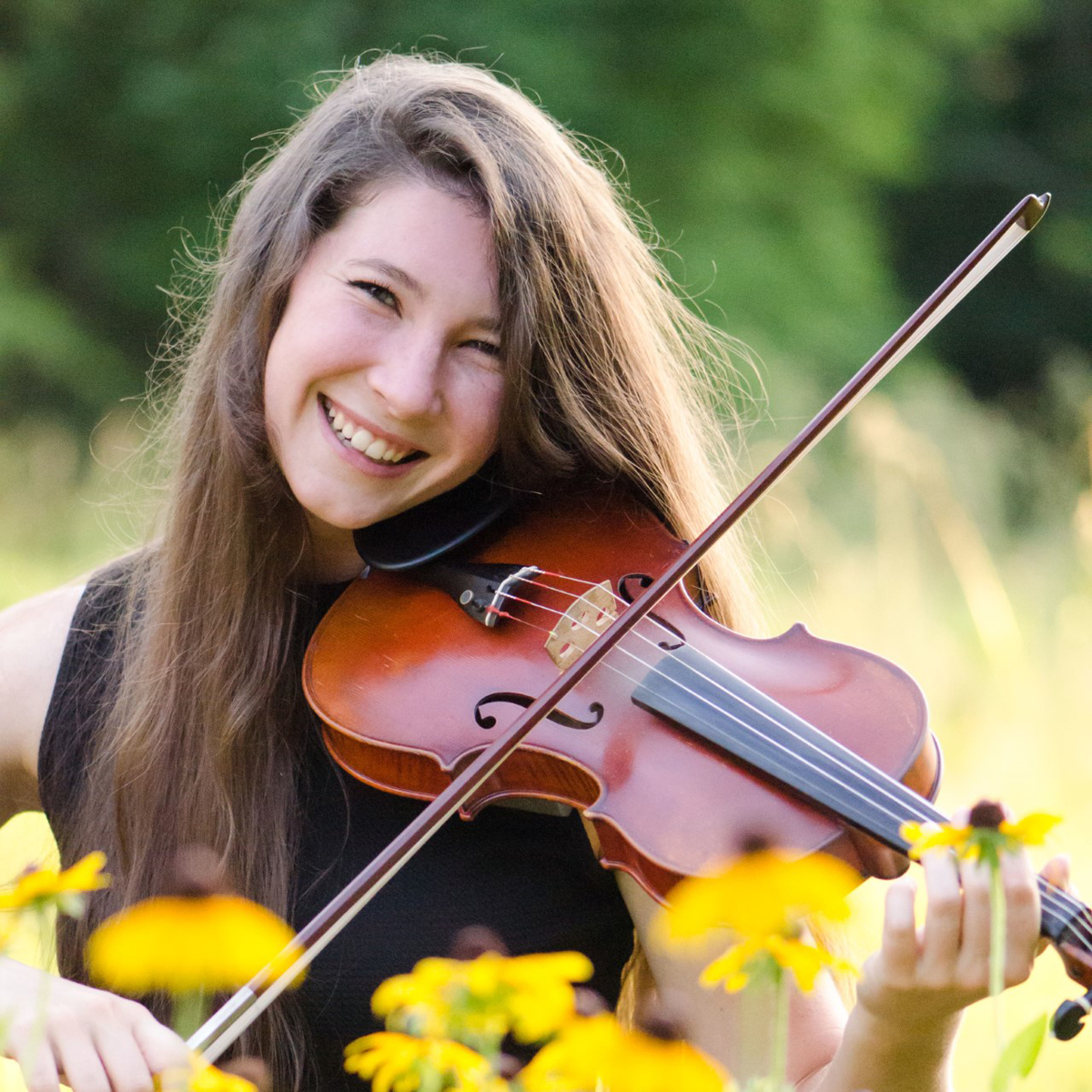 MTSU rising sophomore Sophie Buck will be one of the musicians who will be performing often at the Main Street Saturday Market in downtown Murfreesboro, starting May 22. She plays fiddle and is a graphic design major who is minoring in music. (Submitted photo) 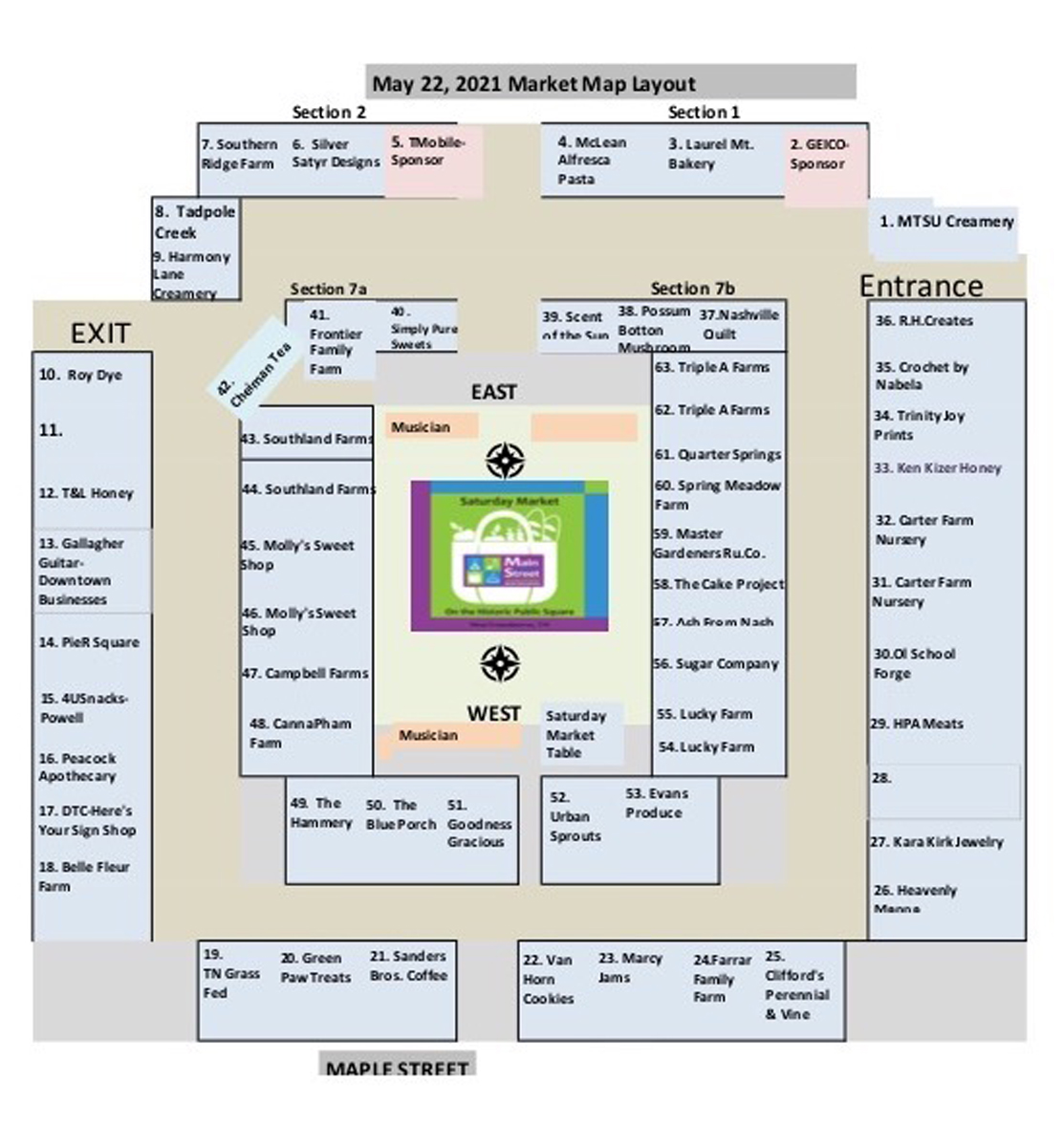