Student volunteers band together to ‘Make a Differ...

Student volunteers band together to ‘Make a Difference’ 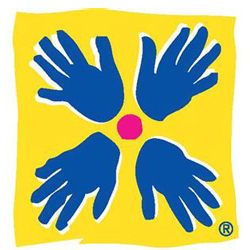 You can see an album of photos from the day’s work at http://tinyurl.com/8wz6ldb, thanks to the staff and students of MTSU’s Office of Leadership and Service.

MTSU’s Student Government Association was the driving force behind the university’s efforts.

“I feel strongly that this will be one of our more productive efforts, a chance to really change people’s lives,” said SGA President Coby Sherlock.

Planning for Make a Difference Day in the Nashville area began about three months ago, when The Tennessean partnered with Hands on Nashville and MTSU. Volunteers worked on nine area projects for the day.

MTSU’s student government leaders were in a group of about 20 students who distributed food at the Second Harvest Food Bank in Nashville. Other projects tackled by volunteers on Make a Difference Day included:

“The Tennessean is proud to assist our community in efforts to help raise both awareness and participation of Make a Difference Day volunteer activities in and around the Middle Tennessee area,” said Duke Friedel, the newspaper’s operations manager.

“The response to this volunteer effort across the nation has been tremendous and growing every year since its inception.”

Volunteers from across the nation have been joining together on the fourth Saturday in October to participate in Make a Difference Day since 1992, when Gannett Co., the media company that owns USA Today, The Tennessean and numerous other media outlets, established the volunteer project.

Hands On Nashville coordinated the Nashville volunteer force for Saturday, aligning people with jobs to be done for nonprofit charities.

“Hands On Nashville is enthusiastic about MTSU students’ participation,” said Lisa Purcell, the charity’s vice president of external affairs. “It’s great that students choose to give back to the community on this day and every day.”