It has been quite a year for MTSU‘s Master of Science in Professional Science program.

In August, MSPS celebrated its largest graduating group to date as 46 students completed internships with companies and institutions, marking a total of 82 for 2019.

MSPS is a groundbreaking two-year master’s degree program that combines curricula in business and STEM — science, technology, engineering and mathematics — to produce in-demand, working graduates, many of whom land jobs with the companies where they interned for one or more semesters. 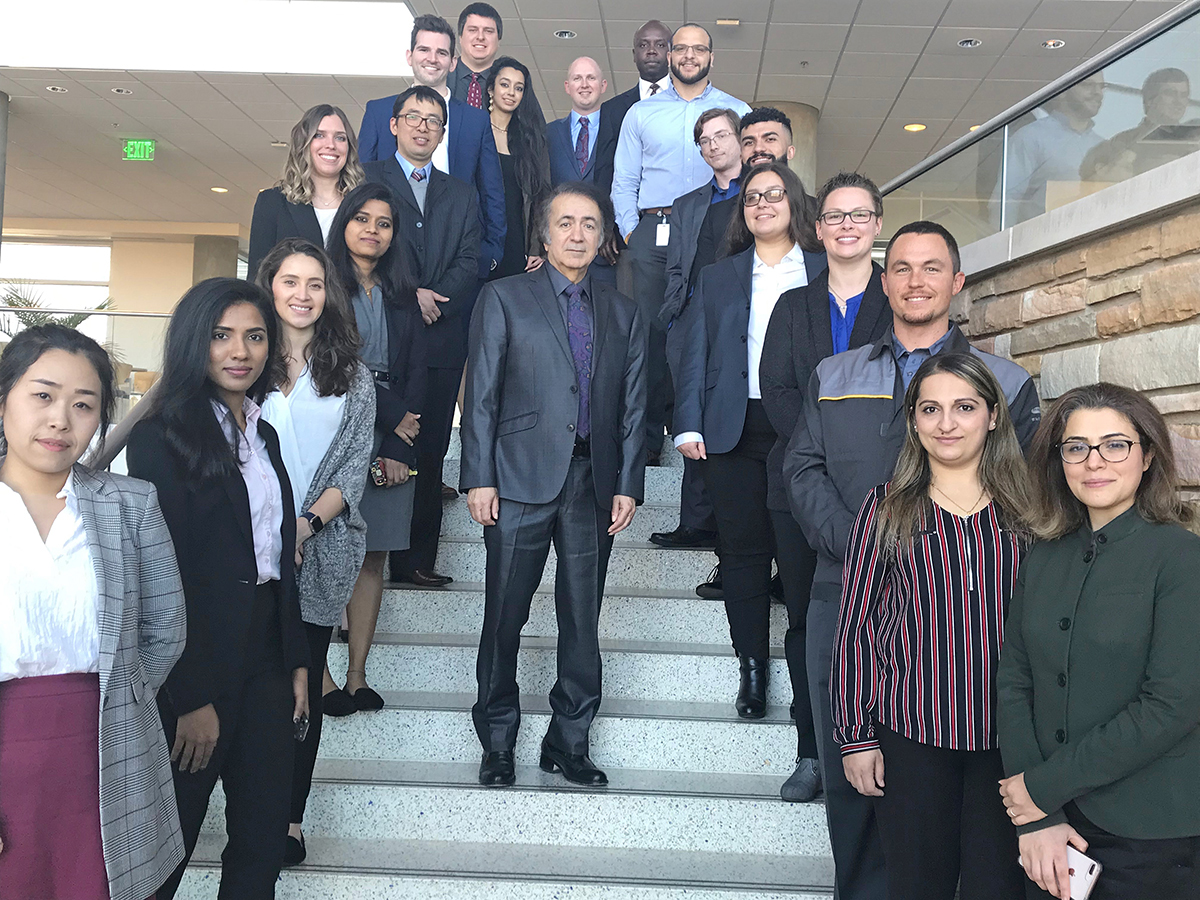 Dr. Saeed Foroudastan, center, is flanked by 19 of the 22 MTSU Master of Science in Professional Science students who served internships in fall 2019 and graduated from the university Dec. 14. The MSPS degrees equip students for successful careers in business, nonprofit, government or the academic world (MTSU photo by Randy Weiler)

Also known nationally as the Professional Science Master’s, or PSM, the MTSU degrees equip students for successful careers in business, nonprofit, government or the academic world.

“The year has been excellent,” said Dr. Saeed Foroudastan, MSPS director and associate dean of the College of Basic and Applied Sciences . “The reason is most of our students — we are graduating 50 to 60 a year — all have jobs and an average salary between $60,000 to $75,000 a year, and the companies want them really bad. So they are doing very well.”

“Our growth has been good,” Foroudastan said. “We’re graduating almost 50 percent more than a couple of years ago.” About 70 percent of them land a job or receive an offer at the place where they interned, he added.

“It’s an excellent marriage between the Jones College of Business and the College of Basic and Applied Sciences because you take business classes and science classes together,” he said.

Jessica McLain, 25, of Clarksville, Tennessee, and a former resident of Wilmington and Fayetteville, North Carolina, was one of 22 MSPS graduates Dec. 14.

The actuarial science student interned at Brentwood, Tennessee-based Findley and expects to continue working there until May, when she and her husband, Tyree, a specialist in the U.S. Army at Fort Campbell, Kentucky, will move to Washington, D.C., when he takes an IT communications position at the White House.

“It has gone very well,” McLain said of the program and her internship. “I’ve learned a lot about actuarial work — quick shortcuts in Excel, Word, Access and Microsoft tools.” She said she’s looking for an actuarial job and hopes to have one lined up by the time they move. 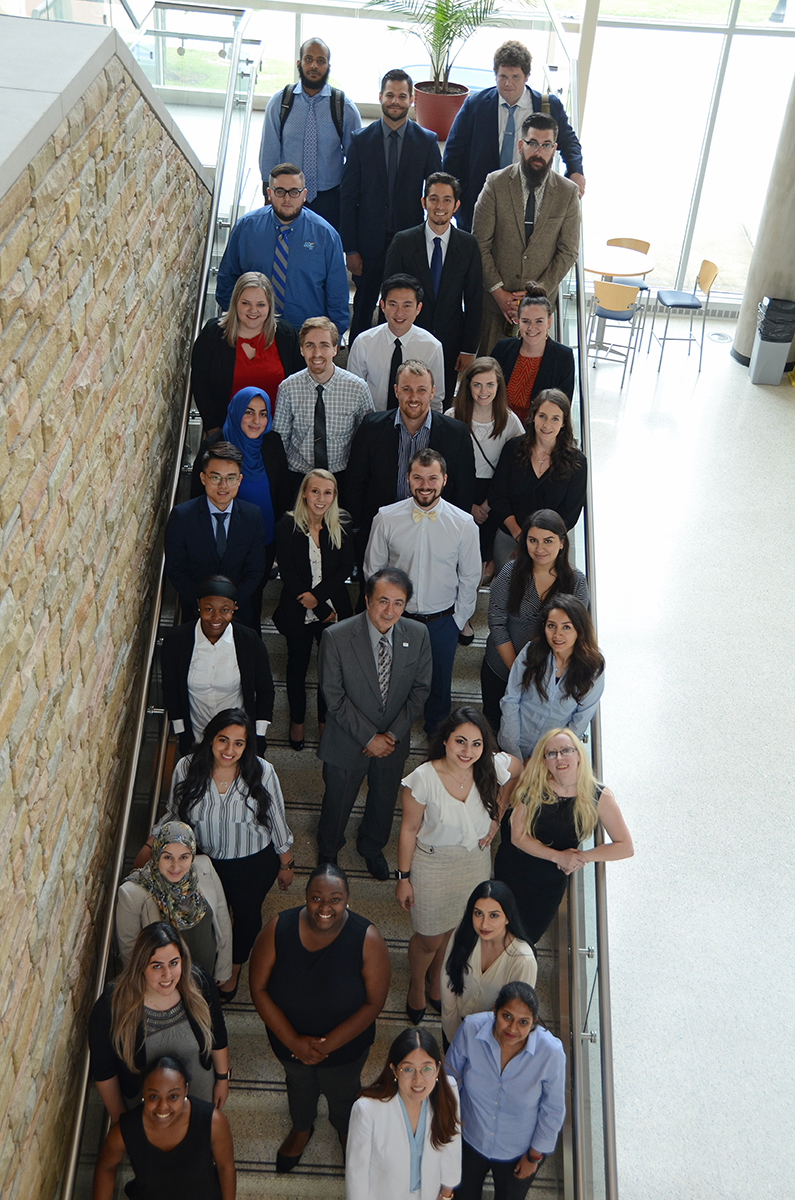 Engineering management graduate student Colin Fulgenzi, 31, already works at Nissan North America in Smyrna, Tennessee, in the quality vehicle management program. His role is making sure vehicles hit all the company’s quality objectives and serving as “the voice of the customer,” he said.

During his internship at Nissan, Fulgenzi “had to come up with additional things to do,” so he took on extra projects involving the vehicle fleet management system, inventory tracking system and software introduction.

Three MSPS students performed their internships in China and made online presentations.

The master’s program earned the Tennessee Board of Regents Academic Excellence Award in 2010 and has been regarded as a model for other programs by the Washington, D.C.-based Council of Graduate Schools. 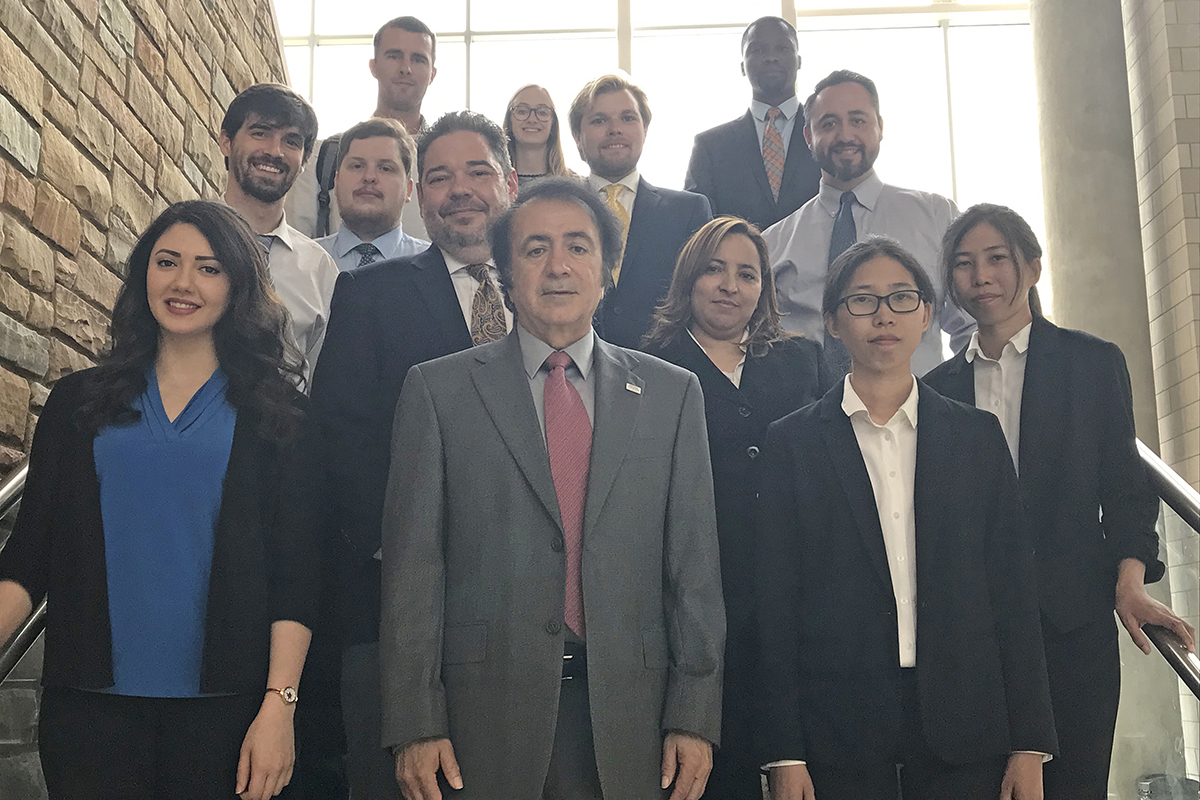 The MTSU Master of Science in Professional Science students graduating in May 2019 are shown with program director Saeed Foroudastan, center front, and David Butler, behind Foroudastan, who is dean of the College of Graduate Studies and vice provost for research. The 2019 MSPS program has graduated more than 80 students into the workforce. (MTSU photo by Randy Weiler)