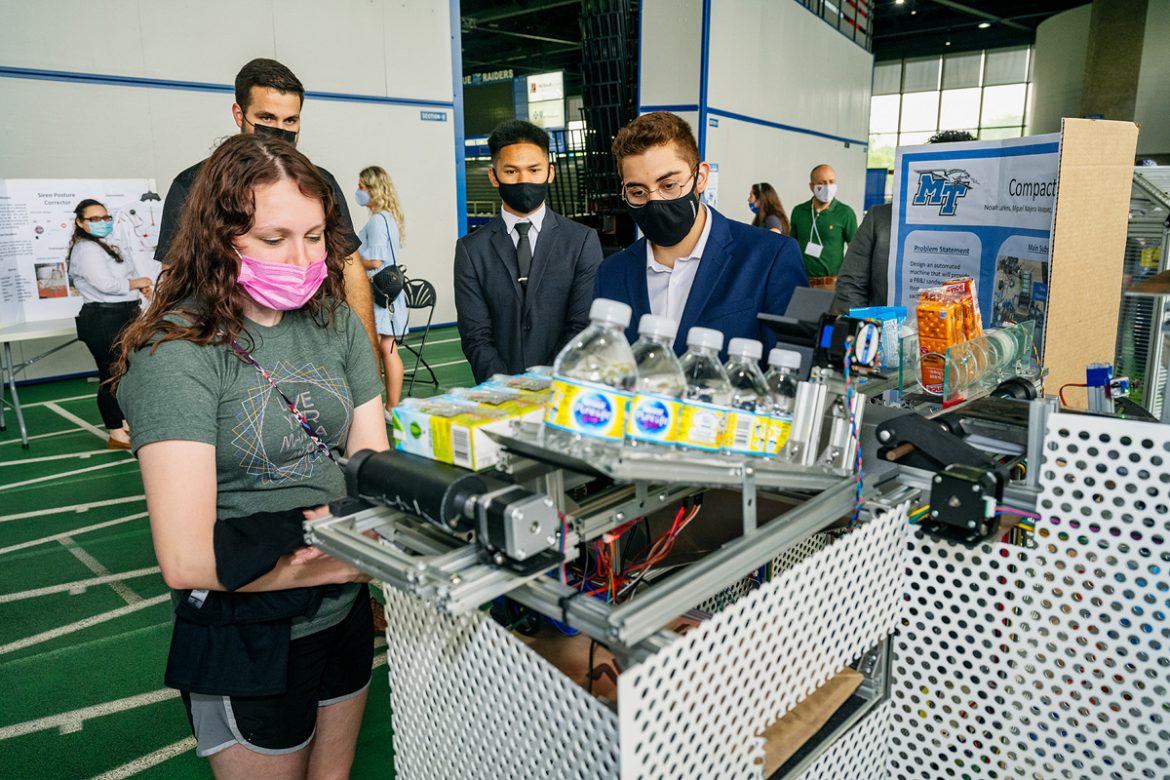 A robotic sack lunch machine caught everyone’s attention during the annual MTSU Engineering Technology Mech-Tech Expo. Automated greenhouses and a multisensor device for testing water did so as well.

A hands-free system for monitoring a person’s body temperature to fight COVID-19 transmission brought a real-life aspect to the two-hour event, held Thursday, April 29, on the Murphy Center track. 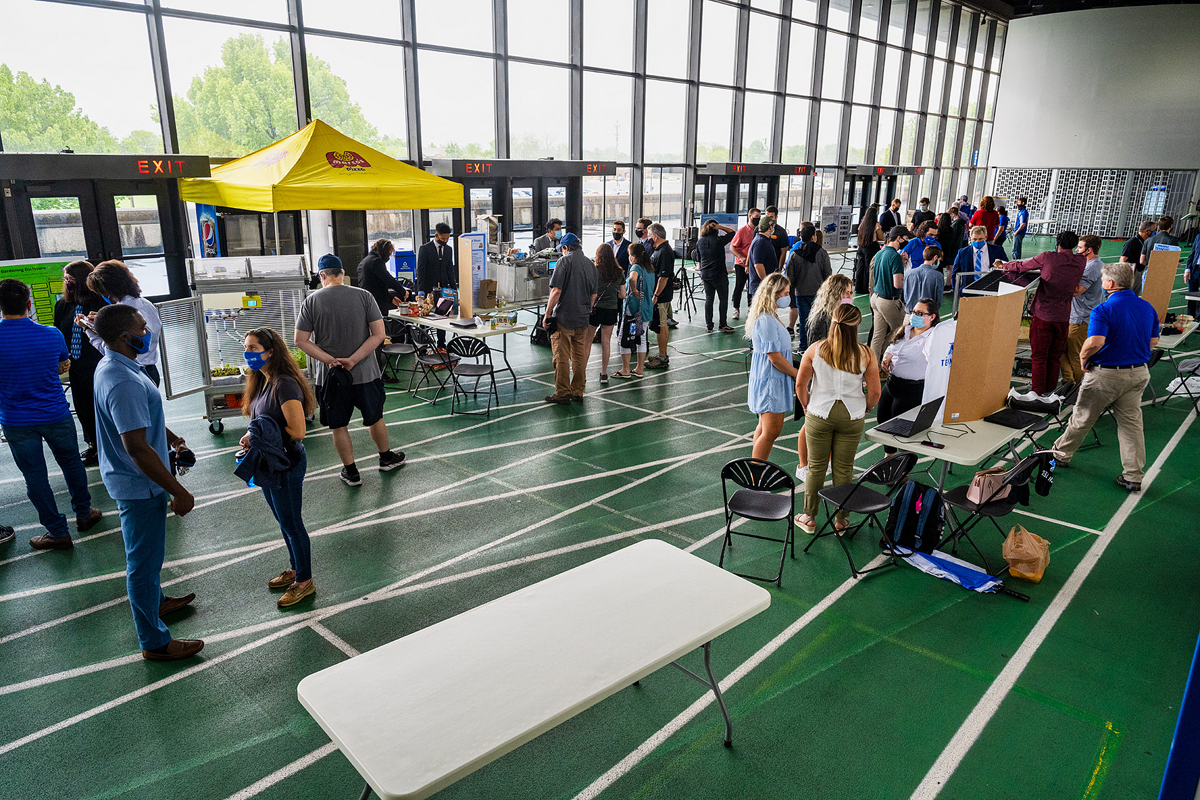 An overview of the crowd attending the spring 2021 Engineering Technology Mech-Tech Expo on the track level inside Murphy Center Thursday, April 29. Students presented their senior projects and posters, which were judged by industry professionals. (MTSU photo by Andy Heidt)

The popular “Compact Cafeteria” (sack lunch dispenser) was a spin-off from the five-man team’s peanut butter and jelly project to make a sandwich in 2019, said Jose Rubio, a senior mechatronics engineering major from Murfreesboro and formerly from Springfield, Tennessee.

“We thought we would make something else this year,” he added, saying the original project two years ago “included a lot of research” in (James E.) Walker Library.

A future mechatronics engineering student and current aerospace professional pilot major were amazed at the creative technology on display. 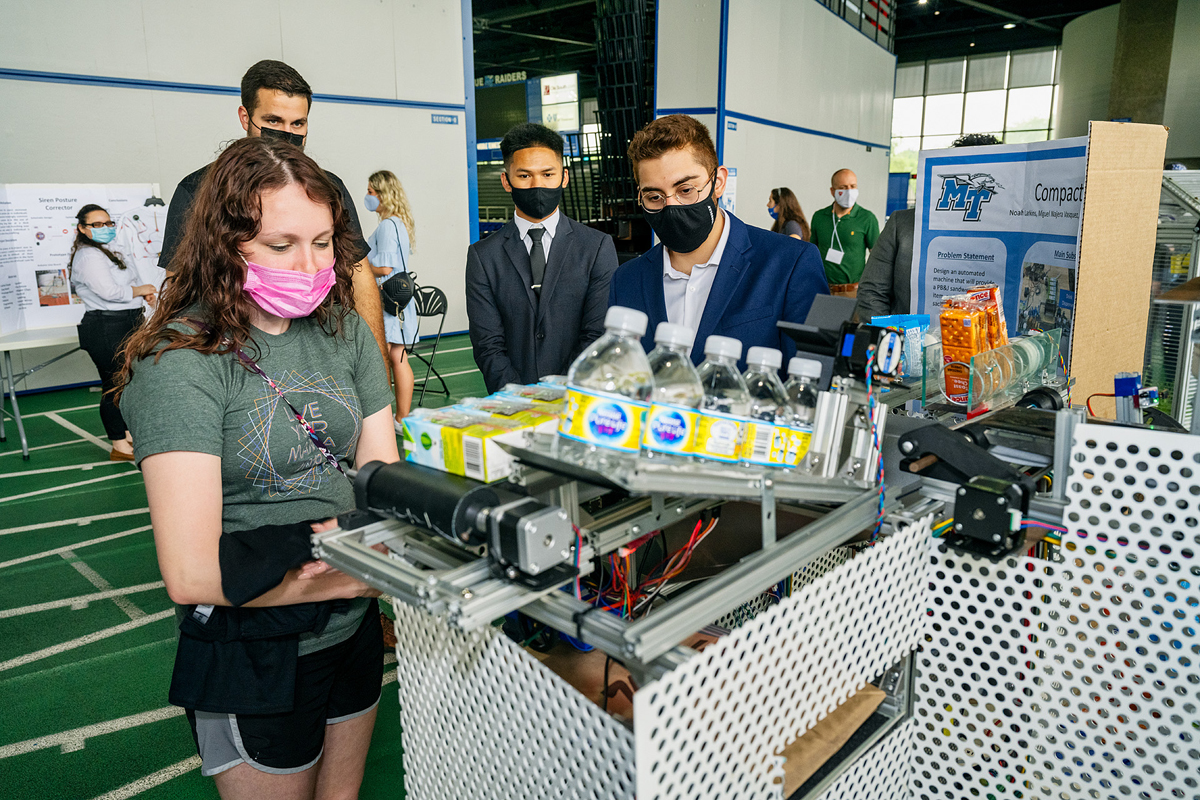 Hannah Davis, left, of Murfreesboro, left, waits for her food and beverage items to drop out of the “Compact Cafeteria” project as team member Jose Rubio explains how the technology works Thursday, April 29, during the annual MTSU Engineering Technology Mech-Tech Expo on the track level inside Murphy Center. The event showcased MTSU seniors’ projects. (MTSU photo by Andy Heidt)

Central Magnet School senior Sam Apigian, attending with parents Charlie and Trisha Apigian, said “it was really interesting to see how they (MTSU students) went more above what we’re doing at Central,” where they wrote a thesis for their own expo. Ours was a simpler version of this.”

Sam Apigian, whose father is co-director of the MTSU Data Science Institute, will join the mechatronics program this fall, saying he’s “pretty excited” about the opportunity. “It should be a lot of fun. Being on my own robotics team since the sixth grade is how I became interested in it and I want to continue my passion.” 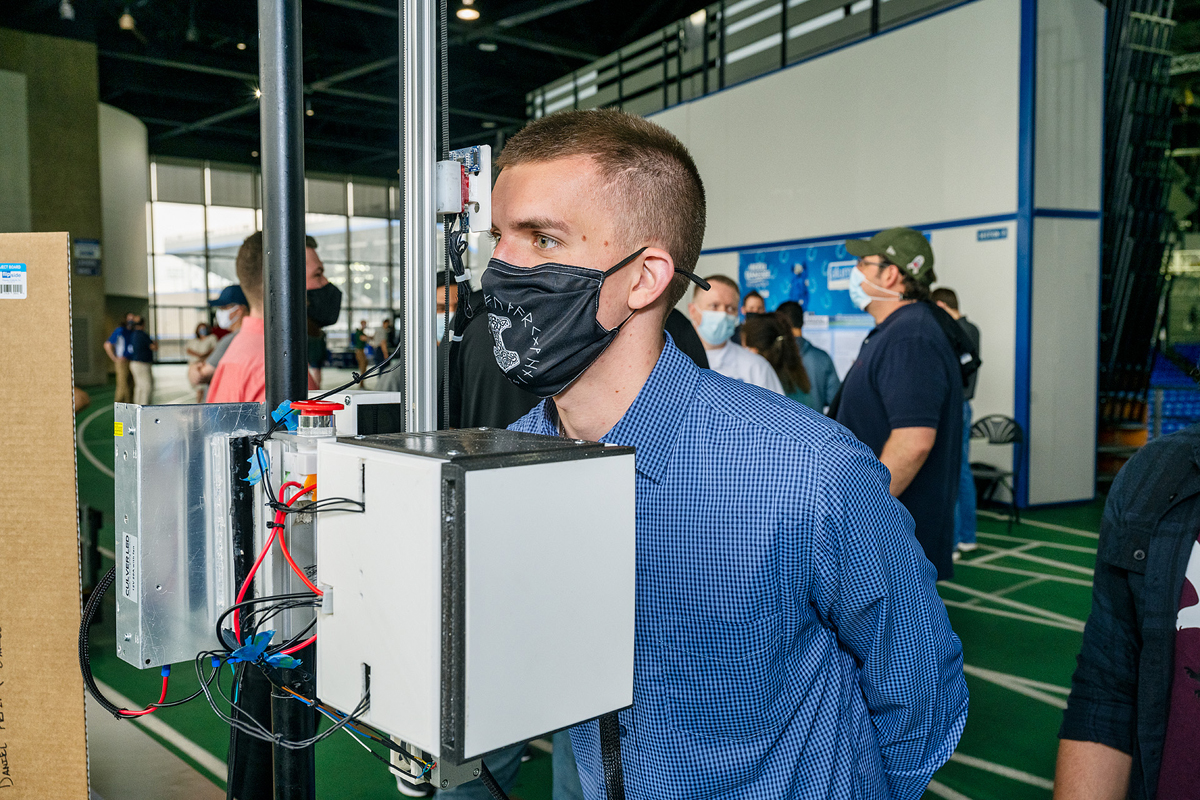 “To see the Baja and how the individual parts function is amazing — much more than seeing it on paper. … I want to go home and build my own thing.” 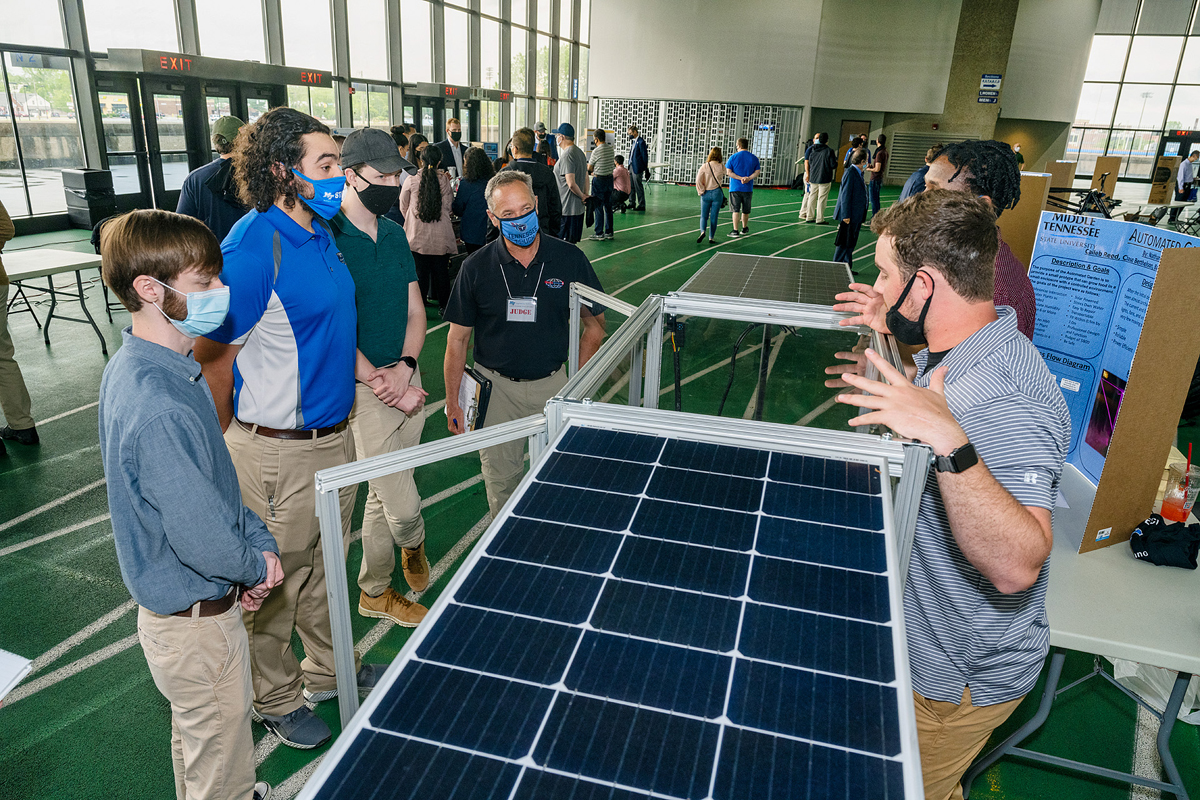