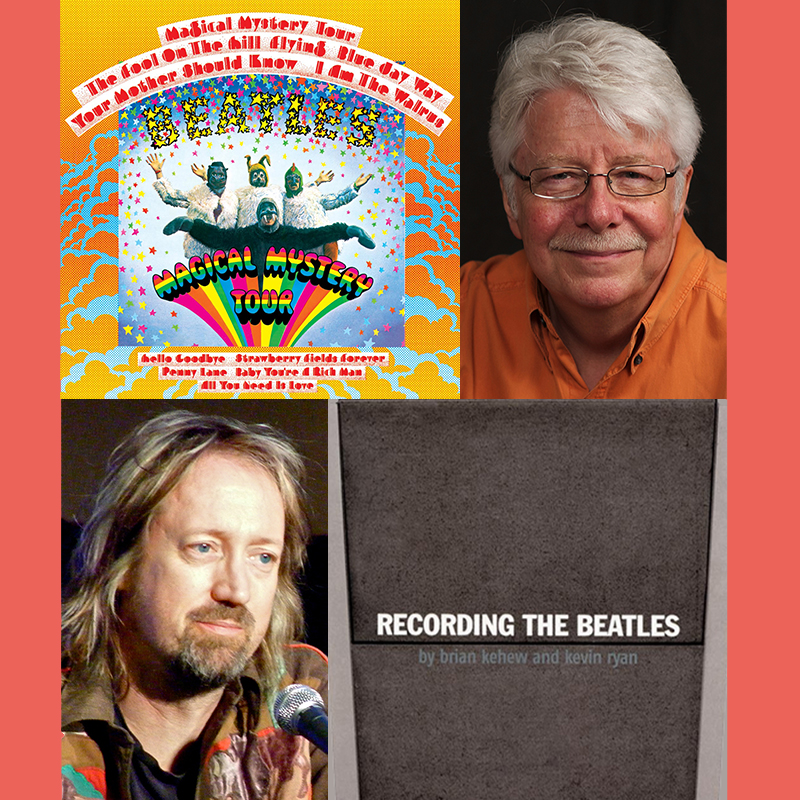 MTSU’s Keathley University Center Theater was standing room only March 19 as Brian Kehew and Ken Scott spoke to a crowd of students and devoted Beatles fans about the timeless music of the Fab Four.

Kehew, a musician and author of “Recording the Beatles,” an extensive look into the making of the group’s records, gave the audience a rundown of the equipment inside EMI Studios, where the Beatles began their career.

Scott, who started his career as one of the five main engineers for the Beatles, explained that the studio could accommodate a 200-piece orchestra and a 200-piece choir at the same time.

Kehew described the facility’s mixing boards and microphones as “simple,” but he emphasized that the equipment was state of the art at the time.

Scott and Kehew agreed that the band did not take every mistake seriously.

“They would take a mistake and run with it,” said Scott as he pointed out faults in the song “Glass Onion” that made it into the 1968 album version.

“I think that is why the Beatles sound interesting to people. They altered things in subtle ways.”

Scott reminisced about the first time he sat down at the soundboard to produce the album “Magical Mystery Tour”: it was Sept. 16, 1967, and the song was “Your Mother Should Know.”

The producer also described his relationship with members of the band.

“George (Harrison) was one of the funniest people I’ve ever met,” said Scott. “Everyone thought he was the quietest Beatle, but, once he started talking, he would not shut up.”

Scott has garnered gold, platinum and diamond record sales awards, multiple Grammy nominations and even a Clio for his recording of the classic Coke ad “I’d Like To Teach The World To Sing.” He recently released his memoir, “Abbey Road to Ziggy Stardust.”

Kehew, who is best known for co-authoring “Recording the Beatles,” also is a musician who’s played with The Who, AIR, Hole and The Moog Cookbook.

He also works on catalog reissue projects that have given him access to hundreds of rare and unreleased tracks for artists such as YES, The Eagles, Alice Cooper, Aretha Franklin, Rod Stewart, Sly Stone, Jimi Hendrix, Black Sabbath and Van Halen.

He also works on catalog reissue projects that have given him access to hundreds of rare and unreleased tracks for artists such as YES, The Eagles, Alice Cooper, Aretha Franklin, Rod Stewart, Sly Stone, Jimi Hendrix, Black Sabbath and Van Halen.

MTSU’s Department of Recording Industry invited Kehew and Scott as part of its 40th anniversary celebration.

Engineer Ken Scott discusses the history of Abbey Road Studios in London, where the Beatles recorded most of their albums, during a special visit to MTSU March 19. (MTSU photos by Andy Heidt)