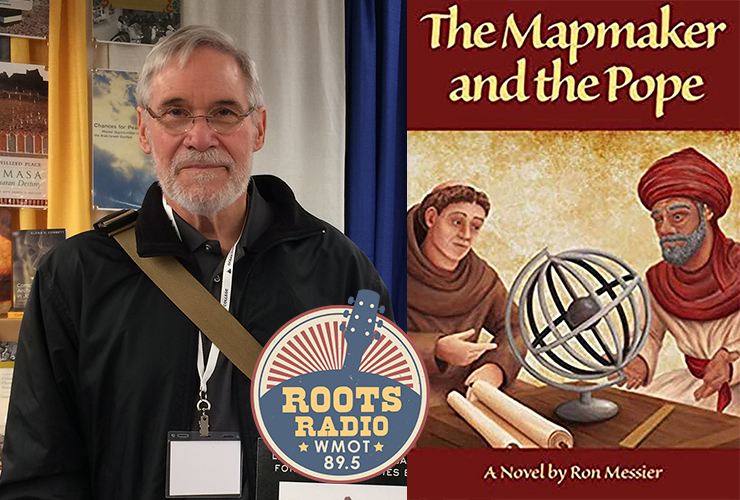 After years of researching the history of the Middle East, a member of the MTSU community explained how he turned to historical fiction on a recent “MTSU On the Record” radio program.

Messier’s first novel, “The Mapmaker and the Pope,” follows a young Muslim from what’s now called Turkey who travels to Baghdad at the turn of the first century in search of an education.

He becomes embroiled in political intrigue, however, when some of his fellow students entice him to engage in espionage.

The novel is based on the lives of two real men: a medieval geographer, Mohammad Abul-Qasim Ibn Hawqal, and Gerbert d’Aurillac, who studied mathematics as a young man at the same university Ibn Hawqal attended in Fez, Morocco. D’Aurillac later became Pope Sylvester II.

“The next step in the equation was, if we had these two men … in the same university, surely they would have gotten together and compared notes and compared techniques,” Messier said. “That’s what happens in the novel.”