'MTSU On the Record,' Undergra.. 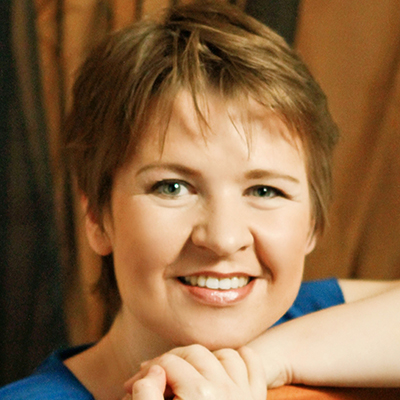 Morgulis, a native of Ukraine, is presenting the second concert in the series, which will feature MTSU faculty and distinguished guest artists from around the world.

Her 8 p.m. public concert will be conducted inside the Wright Building’s Hinton Music Hall.

Morgulis, a prizewinner at multiple national and international piano competitions, has performed both chamber and contemporary works alone and with the world’s leading orchestras, ensembles and soloists.

She began her musical studies at age 4, and when she was a teenager, her family immigrated to Israel, where she continued her education and earned bachelor’s and master’s degrees from the Samuel Rubin Academy of Music in Tel Aviv.

Morgulis subsequently came to the United States with support from the America-Israel Cultural Foundation, receiving her doctorate from the New England Conservatory of Music in Boston. She is an associate professor of piano at the University of Houston’s Moores School of Music.

Her MTSU performance will feature selections from “The Seasons” by Pyotr I. Tchaikovsky, “Sonata” by Sofia Gubaidulina and “Sonata in B minor” by Frédéric Chopin.

“We are very excited to present Ms. Morgulis in our inaugural season of the MTSU Keyboard Artist Series,” said Dr. Arunesh Nadgir, coordinator of keyboard studies in MTSU’s School of Music.

“The Gubaidulina sonata she will perform is deeply personal and emotional. At the same time, it requires great virtuosity and technical precision from the pianist. And the Chopin is one of the greatest and most dramatic works in the piano repertoire. It will certainly excite our listeners.”

You can get a preview of Morgulis’ performance via this video from Houston Public Radio.