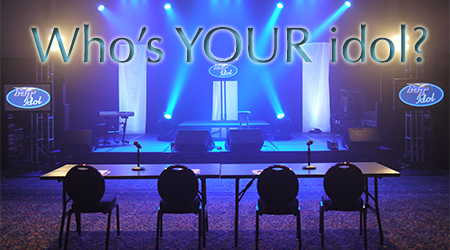 If you can’t get enough of talented singers competing for prizes on that certain network show, here’s your chance to hear some real talent, live: “MT Idol” returns to MTSU on Wednesday, Feb. 27!

Singers tried out for the annual student-coordinated vocal competition, sponsored by MTSU’s Concerts Committee, last month. On Feb. 27, the student contestants will perform before a panel of judges in a free public event at 8 p.m. inside the Student Union Ballroom.

One student will be crowned winner of the 2013 MT Idol event and will receive gift cards and bragging rights. Hunter Sutherland, now a junior majoring in music business, is the reigning MT Idol champion, taking home top honors in 2012 with performances of the Eagles’ “Desperado” and Adele’s “One and Only,” among others.

Only current MTSU students can compete in MT Idol, which is now in its fourth year.

Undryka Bynum, a junior recording industry major from Memphis, is the lone representative of MTSU upperclassmen in the competition.

Three judges evaluate the contestants based on their voices, presence, professionalism, stage usage and appearances. The five categories are scored from 1 to 10, and the judges average the scores and gradually eliminate all but the final two singers. The audience has the final say and selects the winner via text message.