MTSU students Emily Hasty and Hannah Daigle and staff member Trisha Murphy have something in common: All were affected by heart issues, either at birth or in infancy.

They were recognized on campus Friday, Feb. 7, during the university’s celebration of National Wear Red Day and American Heart Month in the Science Building’s Liz and Creighton Rhea Atrium.

Nearly 60 people braved wintry weather to carry on the campus tradition of forming a “human heart” for a photo to commemorate the observance. 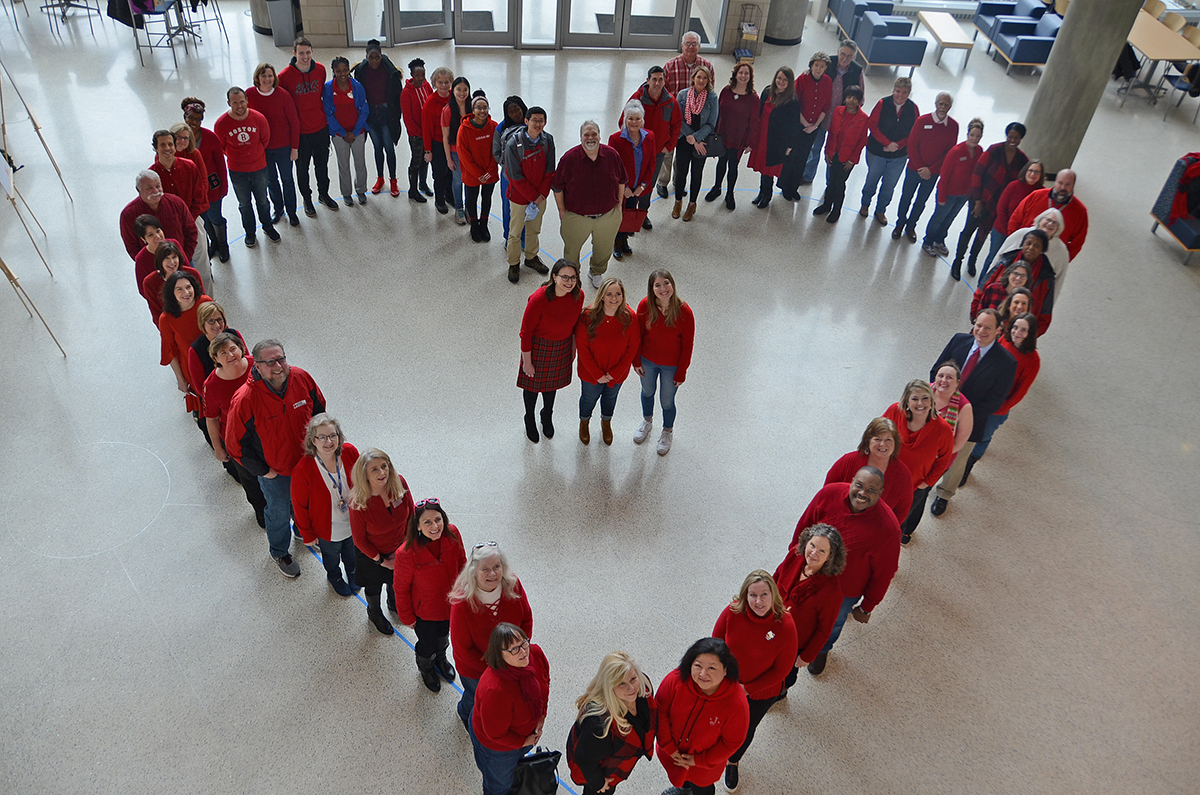 As participants don their celebratory red clothing on “Wear Red Day,” MTSU staff and students form a large human heart in the Science Building’s Liz and Creighton Rhea Atrium Feb. 7. The group learned about risks and symptoms of heart disease in women and men during a brief gathering. This year’s MTSU “Wear Red Day” honorees are in the center, surrounded by their supporters: Trisha Murphy, left, Emily Hasty and Hannah Daigle. (MTSU photo by Randy Weiler)

Those attending learned about risks and symptoms of heart disease in women and men: Heart disease affects millions of Americans each year, and heart disease and stroke kill 1 in 3 women, but it’s nearly 80 percent preventable.

Hasty was born with a hole in her heart. She also was later diagnosed with a condition called supraventricular tachycardia, an extremely fast heart rate.

When Daigle’s parents realized their infant daughter wasn’t eating properly at 3 to 5 months old, they sought medical help and learned that she had a heart murmur and one of her heart valves was leaking. She’s undergone four heart surgeries, the most recent at age 15, to keep her healthy and active.

Murphy was born with a bicuspid aortic valve, an inherited form of heart disease and the most common neonatal heart condition.

Hasty, 18, a freshman recording industry major from Newnan, Georgia, said her situation “can seem really scary at times. … Trust your doctors. They know what’s going on.”

She, for example, still played soccer but understood and worked with her physical limitations. 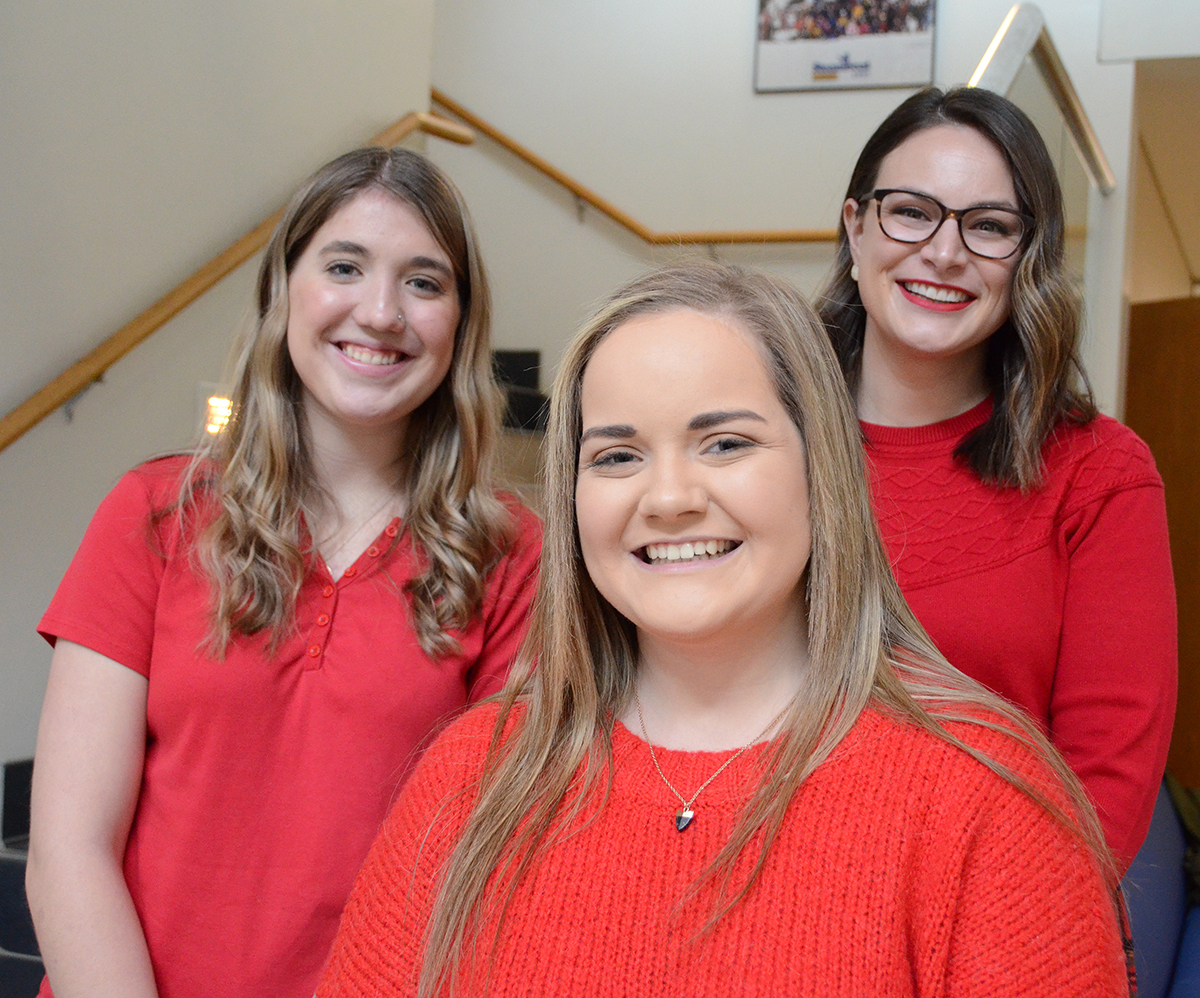 Freshmen Hannah Daigle, left, and Emily Hasty and university development officer Trisha Murphy pause for a photo during MTSU’s annual National Wear Red Day activity Feb. 7 on campus. The trio, who were saluted by the university, were born with or developed heart conditions at an early age. (MTSU photo by Randy Weiler)

She said she “can do most things,”  including running with her father, Karl Daigle. “If I know I need to stop (running or exercising), I’ll stop.”

“For a long time, I did not take my condition seriously.”

That changed, however, when her son, James Murphy, 3, was born with the same condition; she chose to learn more and take good care of her health. Her husband, Mark Murphy, recruits transfer students in MTSU’s Office of Admissions.

Hasty and Daigle are both members of Zeta Tau Alpha sorority.