The weather was perfect, but because of COVID-19, a lot was different about MTSU Homecoming 2020.

Tailgating was not allowed. The pregame Homecoming Parade became an “MTShUbox Parade,” with dozens of homemade entries showcased virtually. The announced crowd of 6,500 at Floyd Stadium had to socially distance and wear face coverings to maintain Centers for Disease Control and Prevention health protocols. 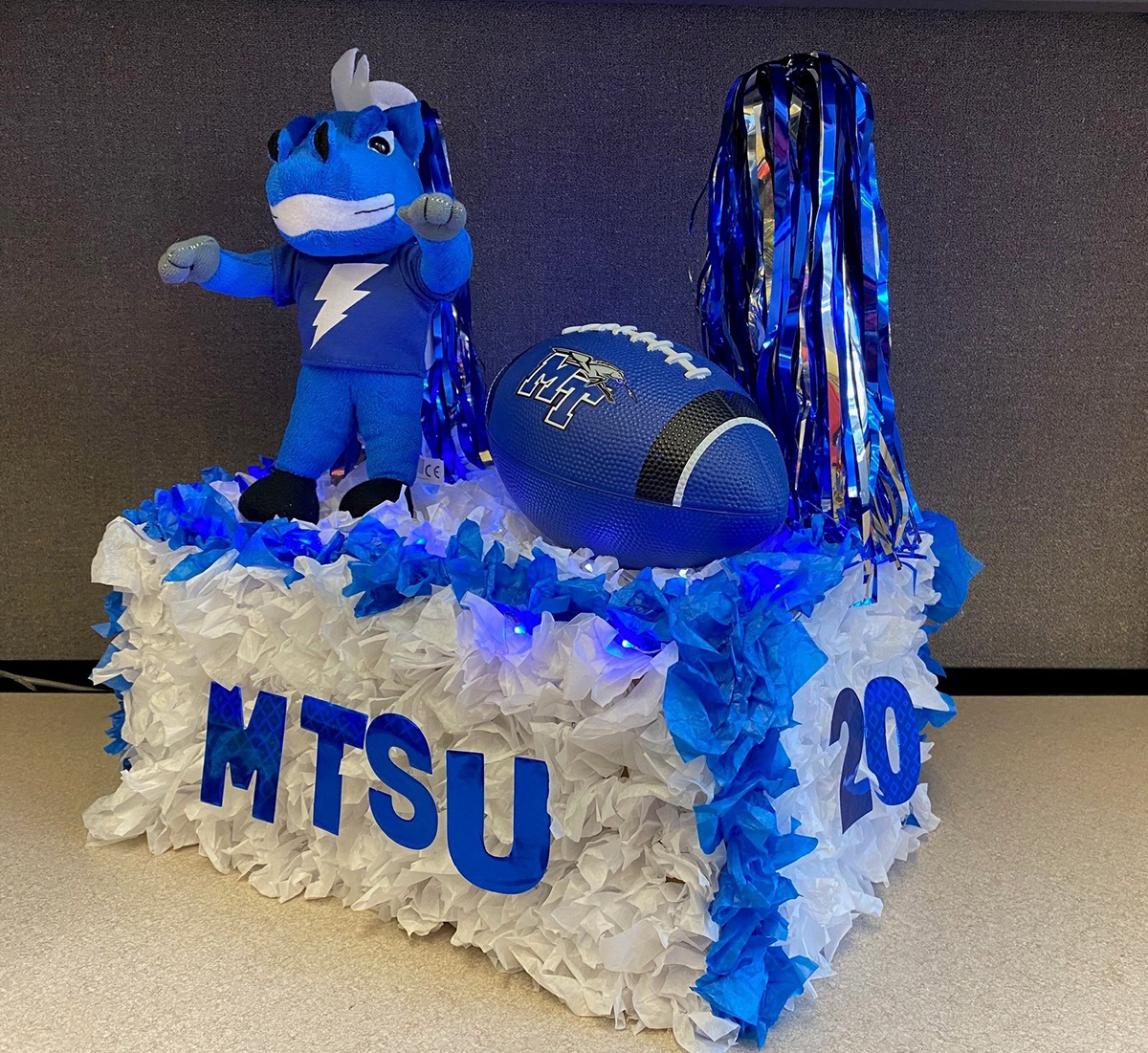 A stuffed animal version of MTSU mascot Lightning stands on a scaled-down version of a Homecoming Parade float with True Blue pom poms and MT football — one of about five dozen of entries submitted by Blue Raider faithful for the virtual “MTShUbox Parade” event broadcast Saturday, Oct. 3, from outside the Alumni House on Middle Tennessee Boulevard on True Blue TV. (Submitted photo)

But the Band of Blue played on from the stands and the Homecoming Court was recognized on a stadium concourse on a beautiful fall afternoon. Drew Carpenter, a senior community and public health major from Kingsport, Tennessee, and Micah Pruitt, a business administration major from Murfreesboro, were crowned 2020 Homecoming king and queen, respectively, by MTSU President Sidney A. McPhee.

Conference USA rival Western Kentucky spoiled the otherwise perfect day, leaving with a 20-17 victory, the second consecutive Blue Raiders loss in the long series and fifth victory in the past six years for the Hilltoppers.

Homecoming is a way for everyone connected to the university to celebrate decades of traditions. This year, there was a virtual twist to a number of pregame activities and a limited number of fans allowed into Floyd Stadium for the game. 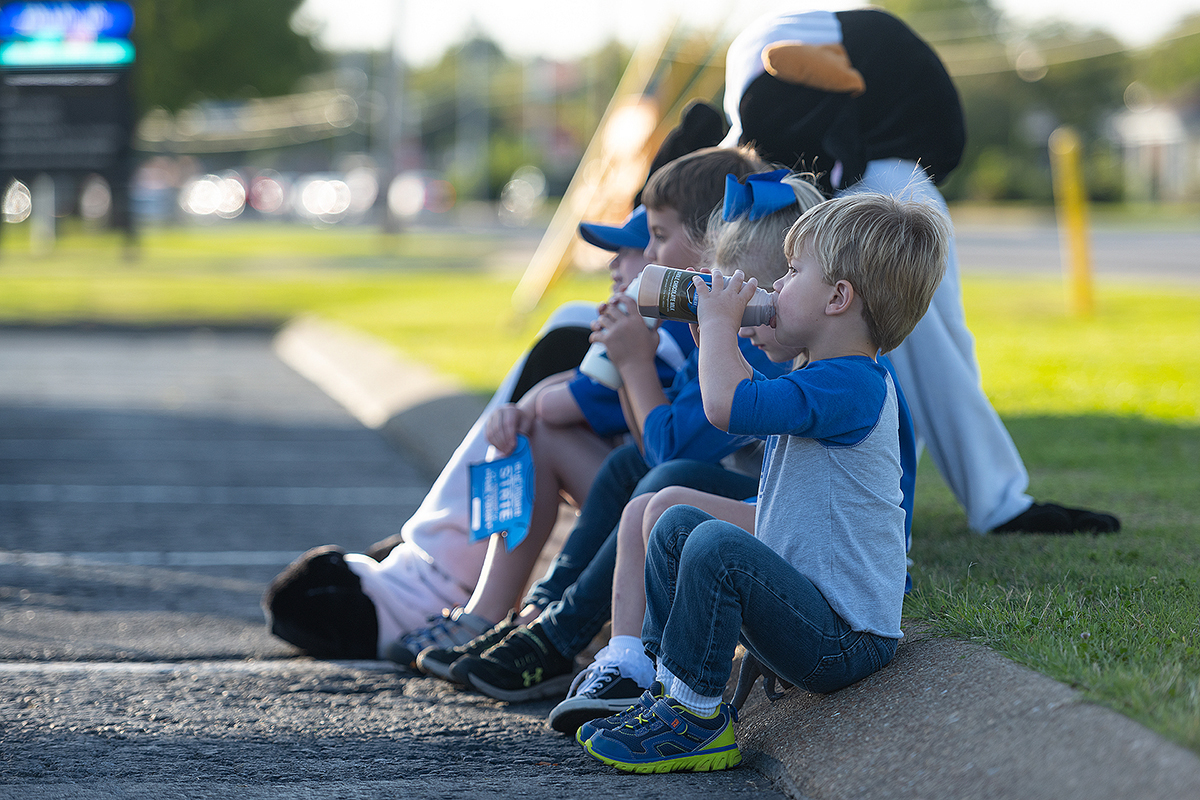 Along with the cow representing the School of Agriculture, a group of children enjoy chocolate milk from the MTSU Creamery during the “Moo-ving Happy Hour” homecoming event Thursday, Oct. 1, in the Greenland Drive parking lot adjacent to Murphy Center. They include Jackson Wright, 3, foreground, Addison Wright, 6, Mason Wright, 8, and Riggs King, 7. (MTSU photo by Cat Curtis Murphy)

“With all of its challenges, 2020 also brought opportunities to be creative, reimagine traditions and try new things,” said Rhonda King, Alumni Relations assistant director. “The staff members of the MTSU Alumni Relations Office and the Alumni Association are thrilled that so many of our alumni, students and supporters participated in our virtual and modified in-person activities.”

“Homecoming is about making memories and staying connected, and this year was no different,” King added. “Our deepest thanks to everyone who joined us in this special celebration.”

WKU pulled away from a 10-all tie at halftime. Redshirt junior quarterback Asher O’Hara passed for one touchdown (to C.J. Windham late in the game) and ran for a second, accounting for 315 yards (217 passing and 98 rushing) to lead the Blue Raiders.

Masked Lightning was grand marshal of the virtual Homecoming Parade, featuring photos of dozens of creative shoebox floats submitted by student organizations, faculty and staff groups as well as alumni and community supporters. 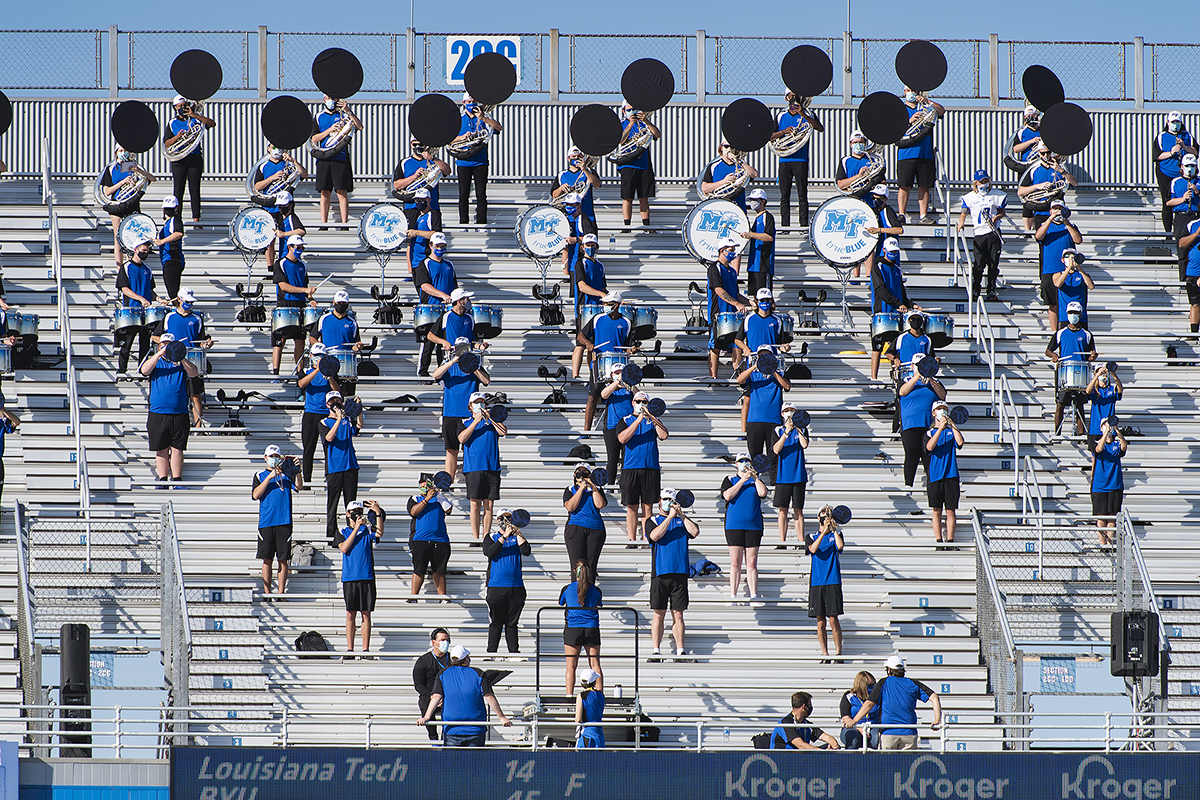 Because of COVID-19, socially distanced members of the MTSU Band of Blue perform a song during the first half of the 2020 Homecoming Game Saturday, Oct. 3, in Floyd Stadium. MTSU, which led 10-3 at one point, lost 20-17 to Conference USA rival Western Kentucky. (MTSU photo by Andy Heidt)

Pat Duke Class of 1981), the 2020-21 Distinguished Alumnus known for being the narrator on the History Channel’s “Swamp People,” joined Chip Walters, voice of the Blue Raiders, in announcing the parade from outside of the Alumni House on Middle Tennessee Boulevard.

An outdoor movie, Kan Jam, Socially Distanced Picnic at the Rec, M(ask) Me Trivia and Homecoming Yard Party were among the SGA-led activities.

The Blue Raiders (0-4) seek their first win of the season at 3 p.m. Saturday, Oct. 10, when they visit Florida International University in Miami. 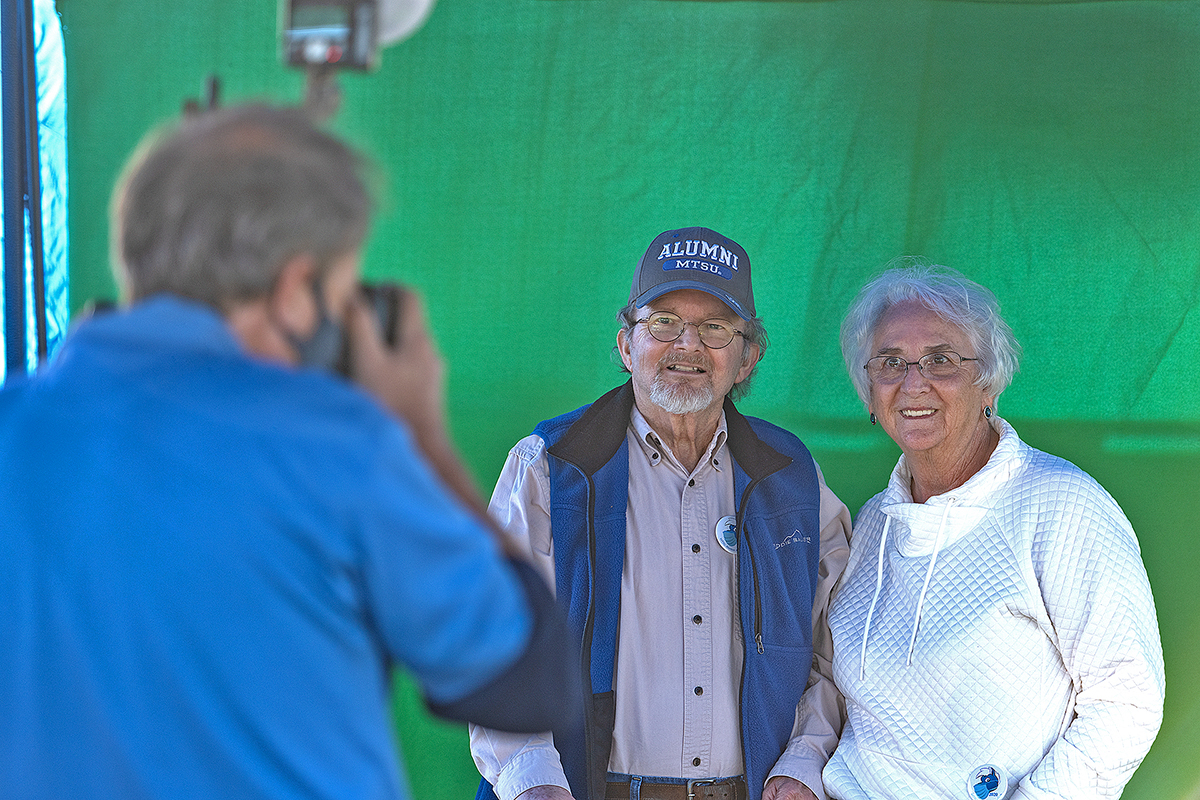 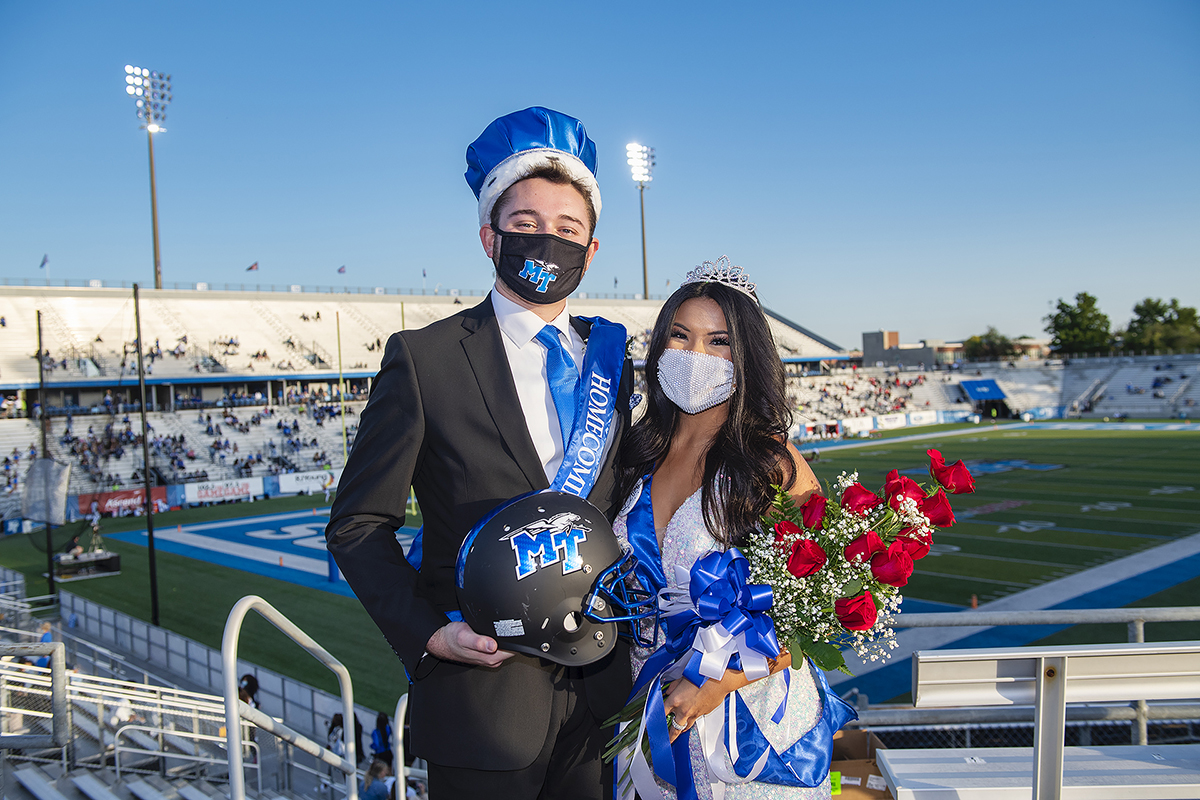