‘MTSU On the Record’ analyzes .. 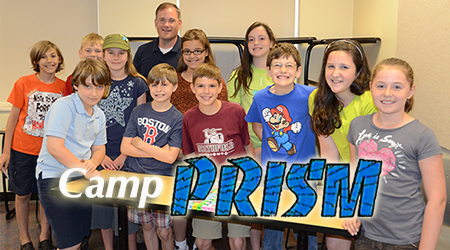 MTSU’s Department of Mathematical Sciences and College of Education officials and student teachers assisted with an early portion of the Murfreesboro City Schools’ recent Camp PRiSM.

Camp PRiSM, which stands for Practices in Science and Mathematics, is a science, technology and math collaboration between the school system and MTSU.

The two-week camp is based out of Mitchell-Neilson Elementary School, and two different sets of elementary students participate in the two-week camp, which is held in early June.

Watch a brief video from the city schools’ Camp PRiSM visit to campus below.

MTSU math faculty members assist with a segment of the camp. This year, assistant professors Sarah K. Bleiler and Jeremy Strayer led sessions that the children said they found both fun and interesting.

Dr. Katherine Mangione, assistant professor in the College of Education, oversaw MTSU undergraduate student teachers in math in other sessions.

Camp PRiSM students returned on other days to the MTSU campus for sessions on science, engineering technology and concrete industry management.