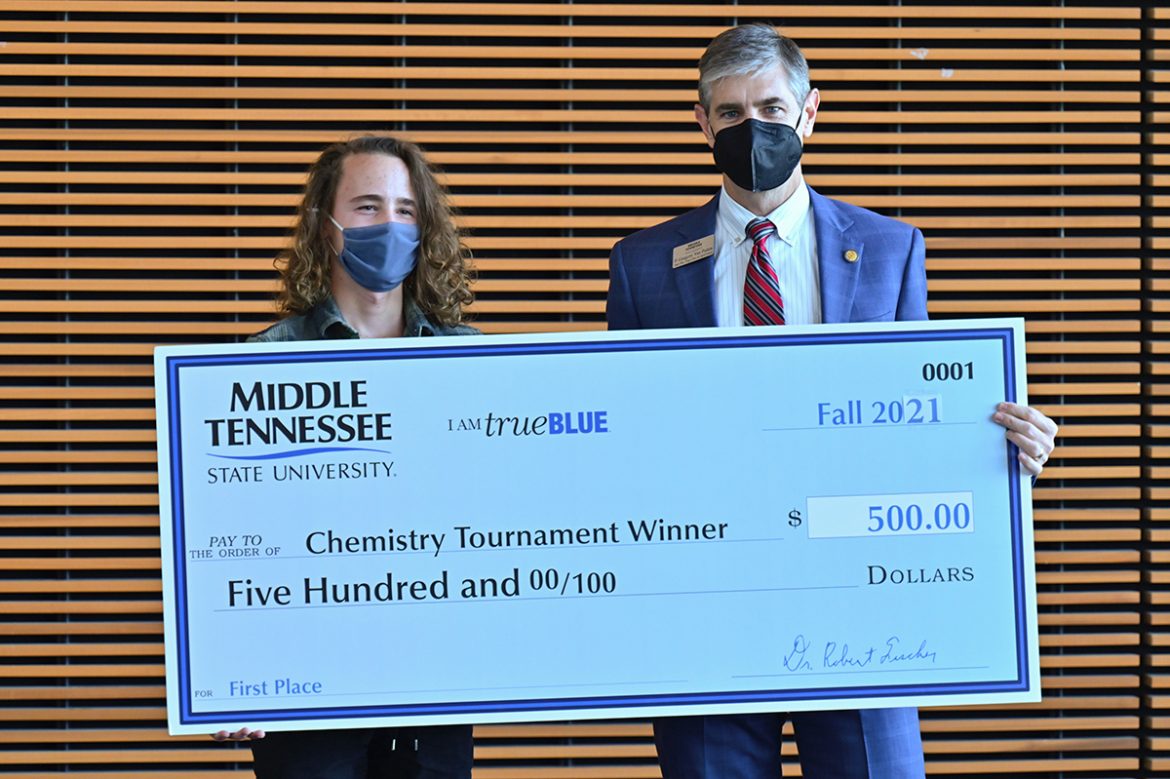 Nearly 30 exceptional high school chemistry students from across the region participated in the recent MTSU Department of Chemistry Scholarship Tournament.

Held in the Science Building, the competition recognized 29 outstanding chemistry students from 11 schools in Rutherford and surrounding counties. While on campus, they received an up-close look at the facilities as they consider MTSU as their college choice. 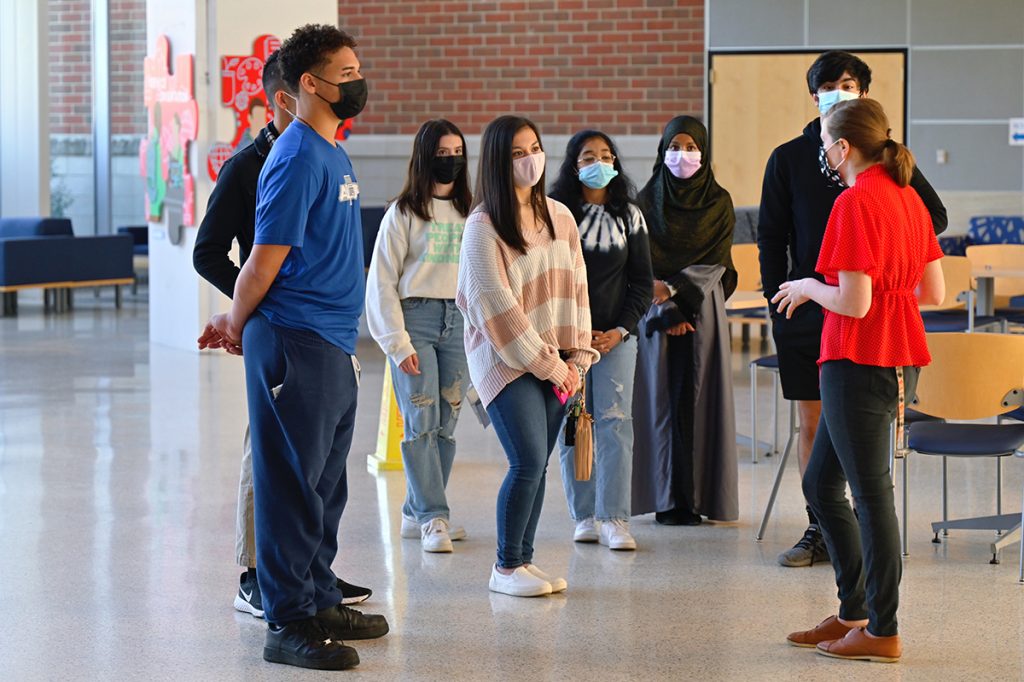 Virginia “Ginny” Benefield, right, an MTSU graduate student, leads a guided tour of prospective students attending the recent Chemistry Scholarship Tournament in the Science Building. Nearly 30 high school students from across the region took the 90-minute exam, saw the science facilities and had lunch at the event. (MTSU photo by Cat Curtis Murphy)

Participants included seniors who had completed a year of chemistry and qualified juniors. 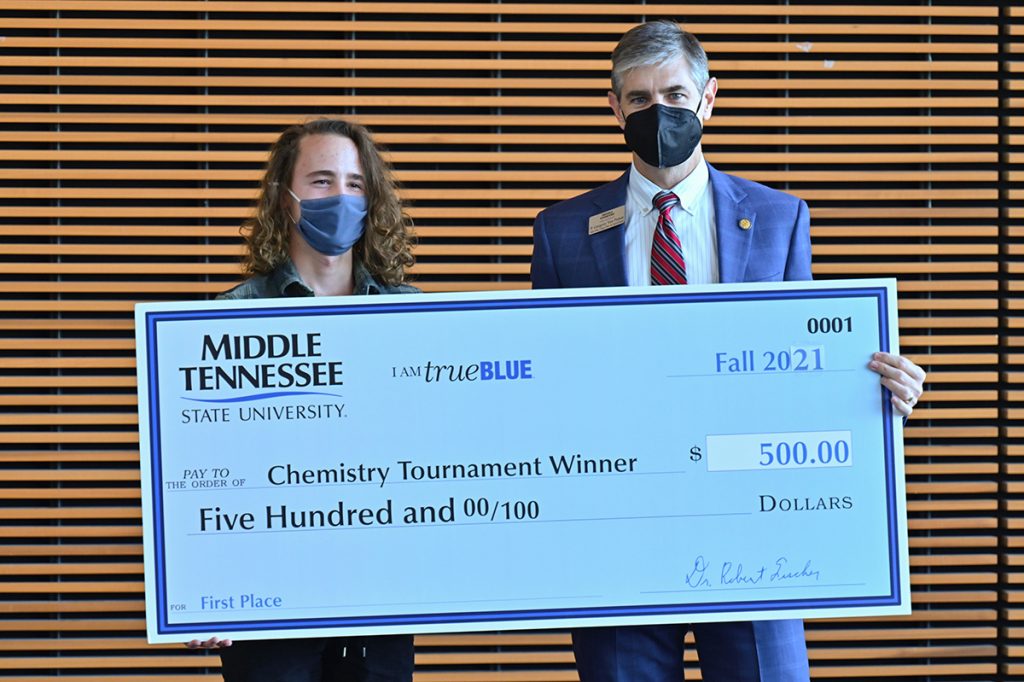 The participants toured the 250,000-square-foot Science Building and then had lunch with Drs. Friedli and Greg Van Patten (former chemistry chair now interim dean for the College of Basic and Applied Sciences.) Van Patten shared remarks and presented the students with their awards at the Nov. 6 event

Incentives included special awards (scholarships to attend MTSU and cash) to the top three senior finishers — all from Central Magnet — and top junior from the approximately 90-minute exam based on general chemistry that a high school student would have covered. 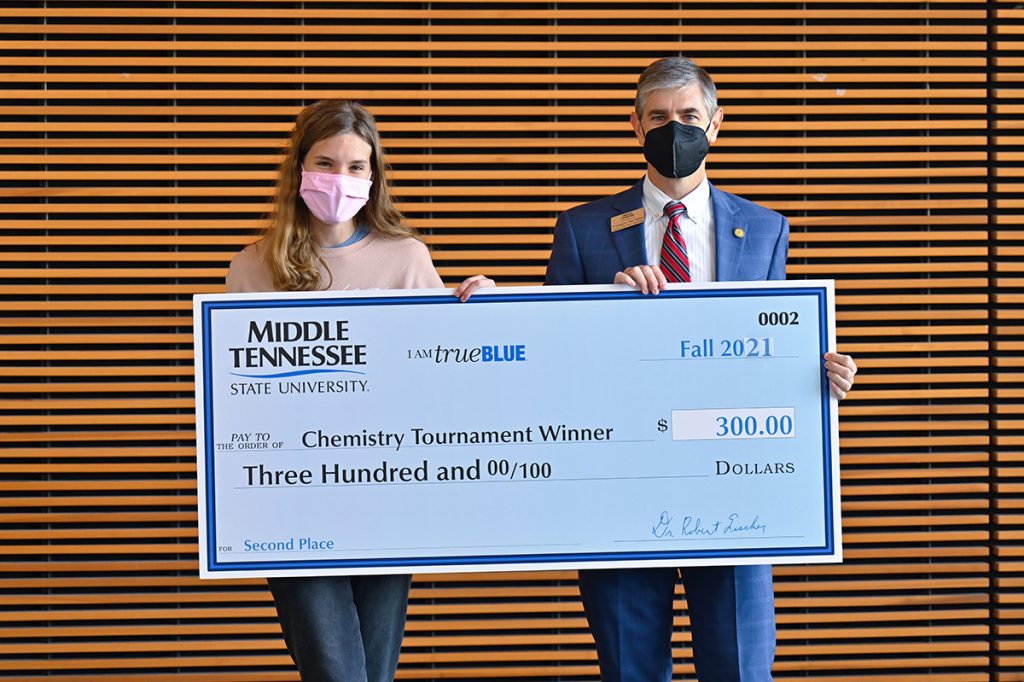 MTSU College of Basic and Applied Sciences interim dean Greg Van Patten, right, presents Hope Clark with a $300 cash prize for finishing second in November in the 2021 Chemistry Scholarship Tournament in the Science Building. She also received a $1,500 scholarship. Clark is a senior at Central Magnet School in Murfreesboro. (MTSU photo by Cat Curtis Murphy)

Nathaniel Martinez of Independence High in Thompson’s Station, Tennessee, finished as the top junior. He was awarded $100.

Chemistry is one of 11 College of Basic and Applied Sciences departments. 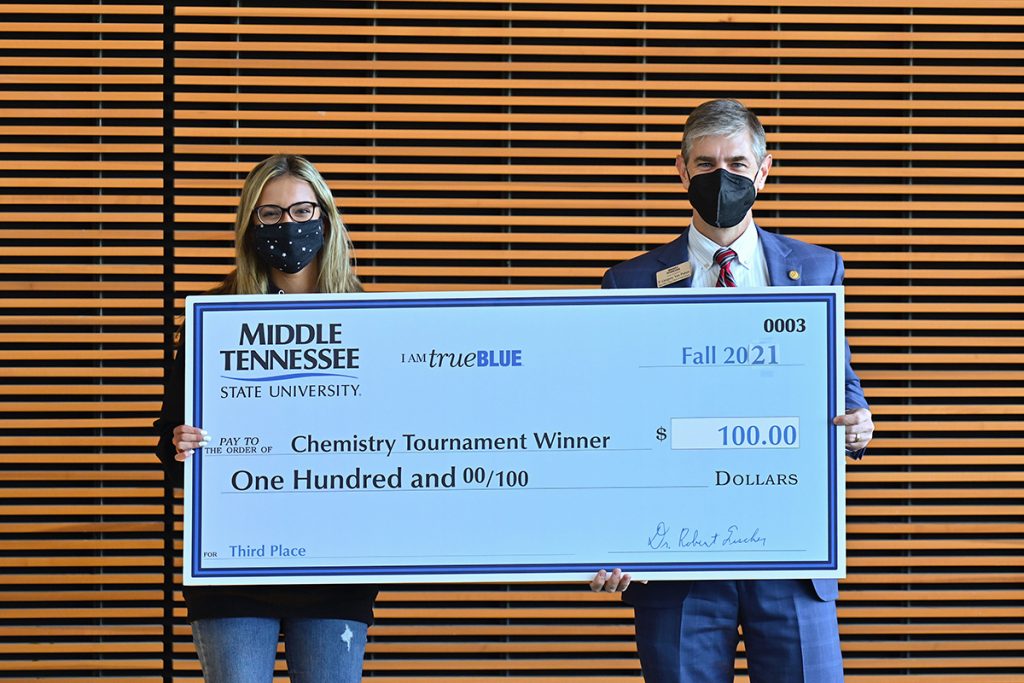 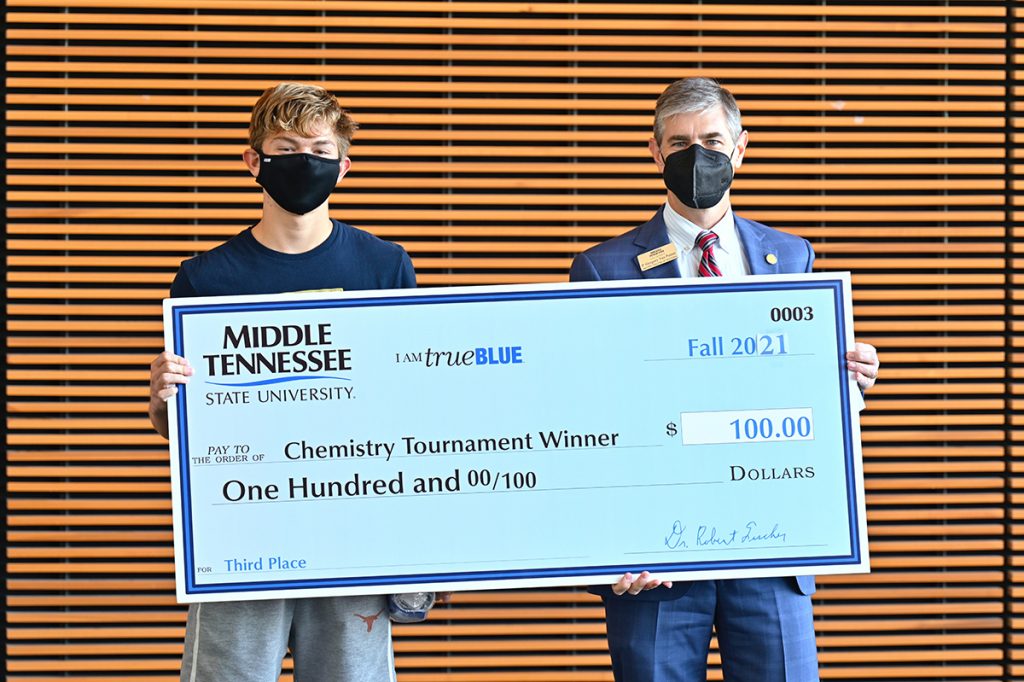